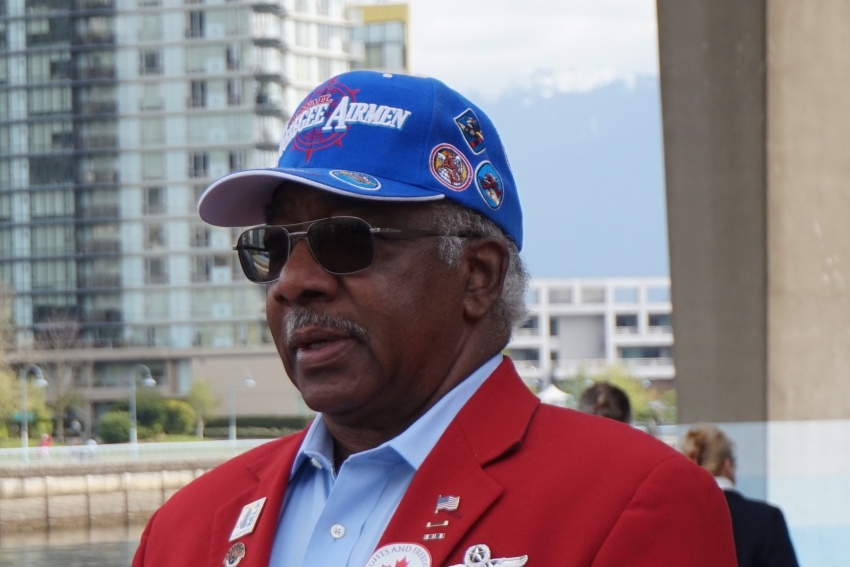 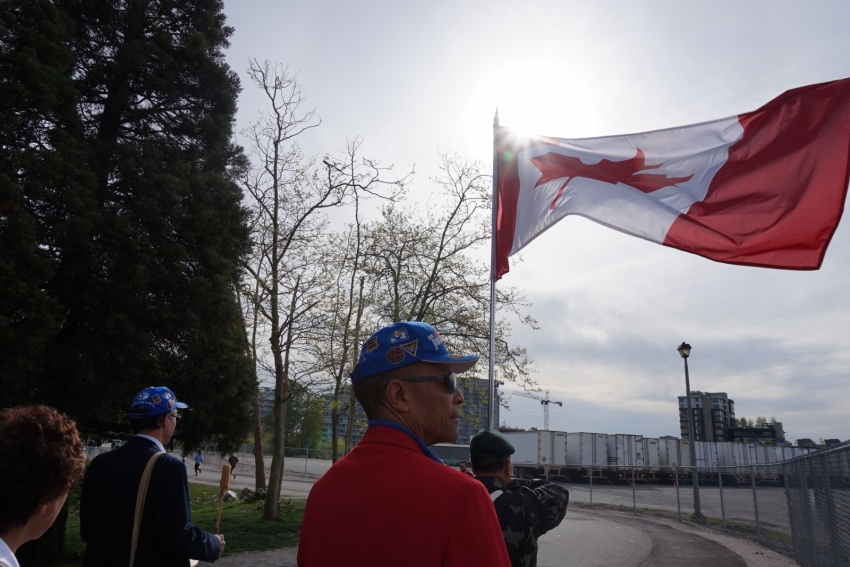 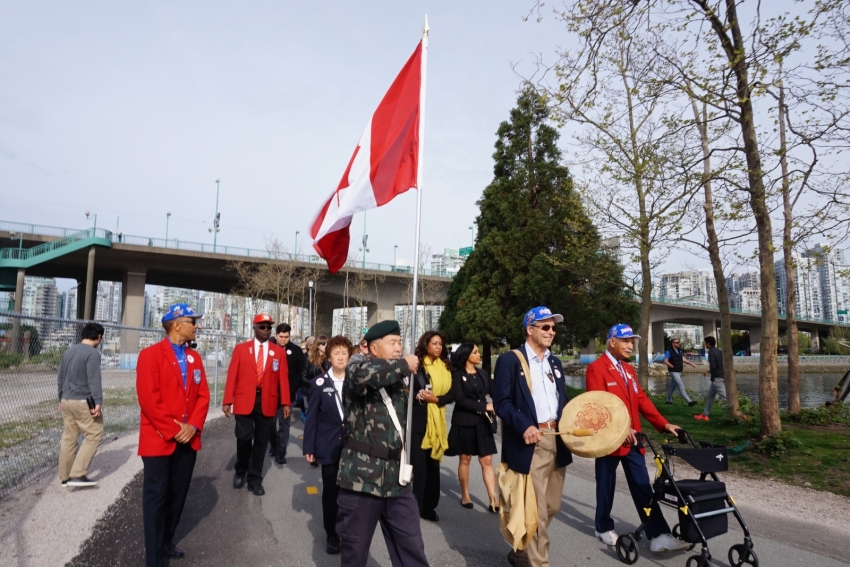 Photo of march by Jenny Uechi

On a sunny Saturday morning in False Creek, the famed Tuskegee Airmen, wearing bright red jackets mingled with Chinese Canadian veterans in navy blue. They joined locals who had gathered for the second annual Rights and Freedoms March in Vancouver. 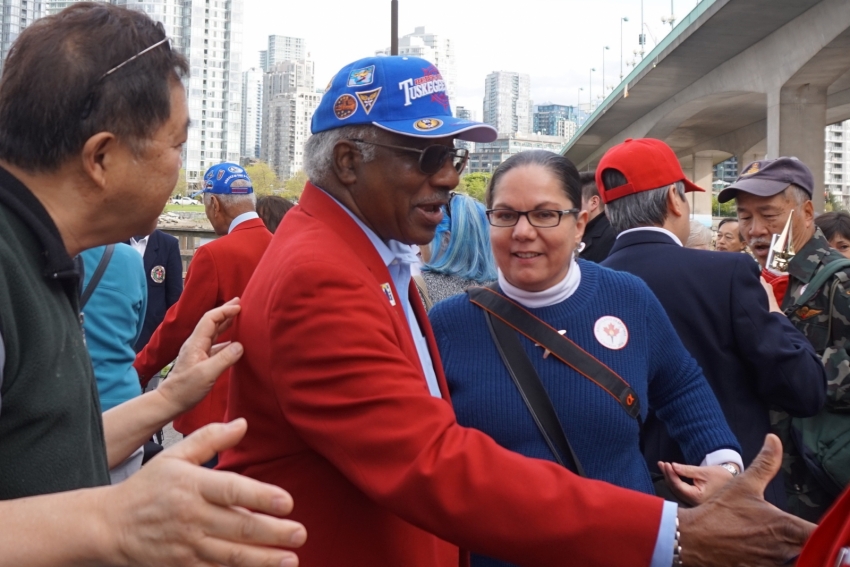 Inspired by the civil rights movement in the U.S., the march is held to celebrate the anniversary of Canada's Charter of Rights and Freedoms. While Canada ranks as the second best country in the world for quality of life, issues like the suicide crisis on Ontario's Attawapiskat reserve and human trafficking are a grim reminder that not everyone has equal rights in Canada today.

"A lot of people don't know really the history here...particularly recent immigrants," said George Eng, wearing a badge for the Pacific Unit 280. Formed in 1947, Pacific Unit 280 is comprised of Chinese veterans who returned from World War II, only to be rejected from joining the Royal Canadian Legion.

"When World War II started, Chinese Canadians were not considered citizens. And yet, a lot of Chinese — 500 to 600 — volunteered to go fight for Canada. That's a history that can't be forgotten, because it's had a huge impact."

Eng explained that the war veterans, even upon return, then had to fight for their voting rights. For him, the Rights and Freedoms March is a way to commemorate the progress that has been made since then, but also to remember the deep inequality etched in Canada's laws less than 100 years ago. 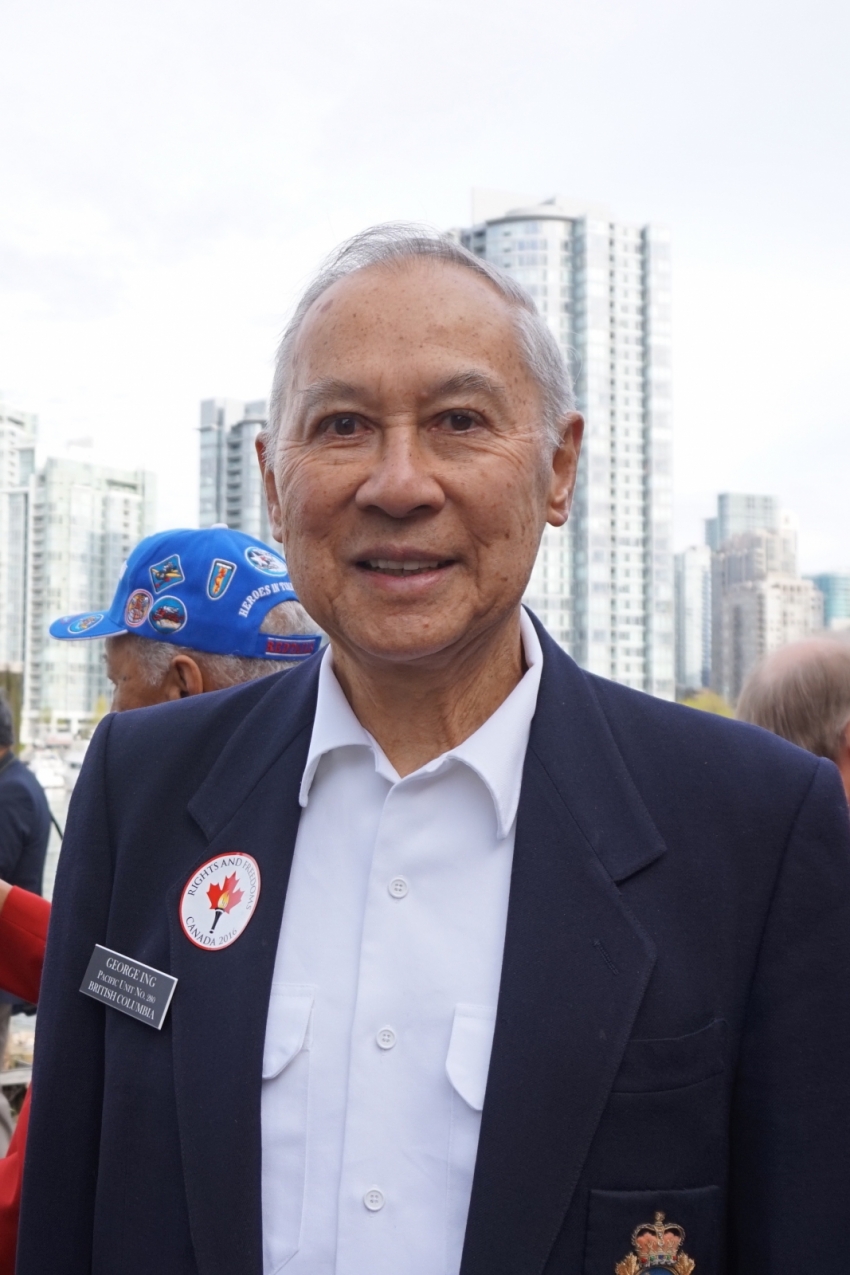 Members of the Tuskegee Airmen, who had come to Canada for the march, had overcome near-impossible odds and systemic discrimination in the struggle for equal rights.

The original Tuskegee Airmen were African-American pilots, navigators and crew, who made history during World War II by disproving a popular belief (backed by official reports) that black people were unfit for flying an airplane. The Airmen took on dangerous missions such as escorting bombers and protecting them from enemy fire. They were praised by the Allies for their role, even as they faced extraordinary prejudice after fighting for their country. 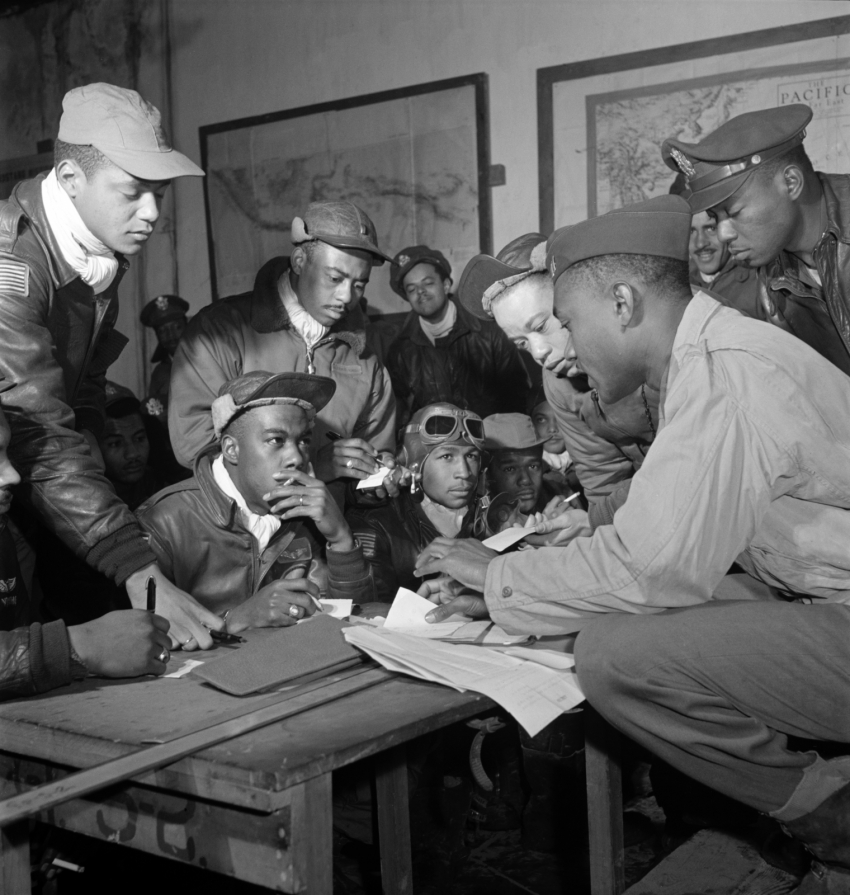 "It's very important to remember this, because even in years prior, with the problems and issues we had — there's still a current of that today," said Michael Webb of the Tuskegee Airmen. "We have to eradicate all of that. Every man and woman should be equal." 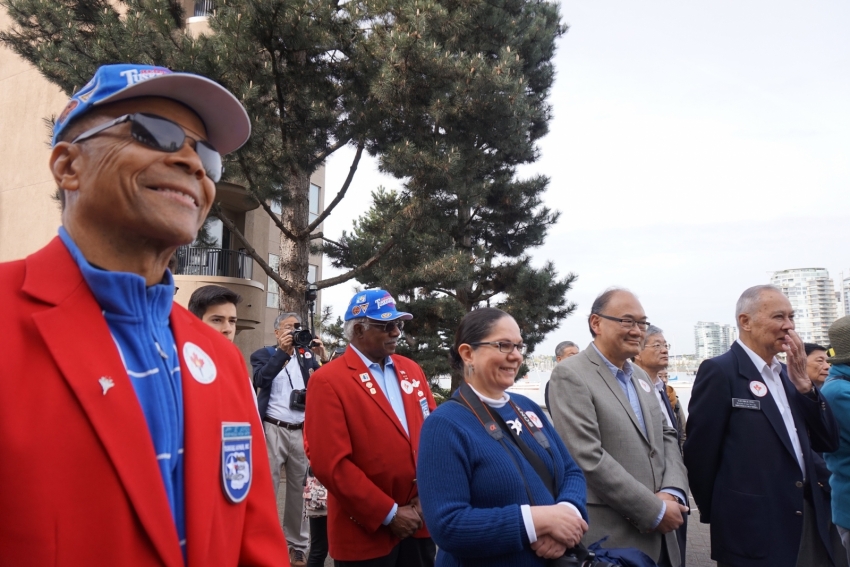