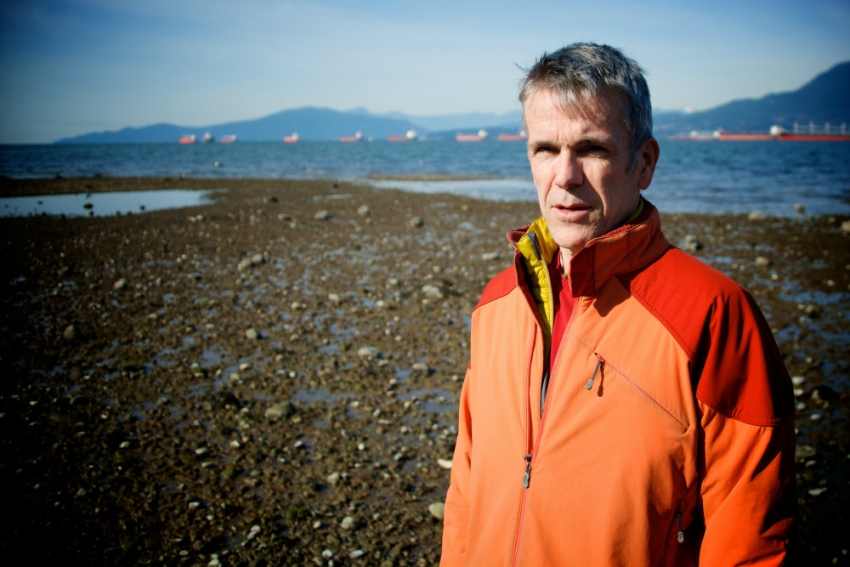 “We are on the front lines of climate change,” Voters Taking Action Against Climate Change (VTACC) spokesperson Kevin Washbrook said, pointing at the barges that break up the coastline near Point Grey Road.

Washbrook is part of a coalition of individuals, stakeholders and ecological action groups mobilized against an approved coal station at Fraser Surrey Docks (FSD), part of Port Metro Vancouver.

He argues the coal expansion poses huge health and climate risks for Canada without real benefit for locals.

Metro Vancouver fined FSD $1,000 for violating air pollution regulations in July. But FSD argued that the port is administered by Canada’s federal Ministry of Transport, and that Metro Vancouver authorities have no jurisdiction over it.

This case will be challenged in court on March 25. Both FSD and Ministry of Transport were unavailable for comment.

Fraser Surrey Docks is an independent tenant operating at the Surrey port on the Fraser River. In public documents available on the Port Metro Vancouver website, the group proposes a plan to create coal export capacity at the Fraser Surrey site by 4 million tonnes per year.

The majority is metallurgic coal mined from British Columbia and used in the smelting of steel.

Around 11.8 million tonnes of the coal leaving Vancouver’s ports is thermal coal mined from sources in the Wyoming harvest bed and shipped to China to be burned in electric power generation facilities. FSD’s 4 million tonne expansion is sourced from the same Wyoming coal-fields, and then transported in uncovered train cars to the Surrey facility where it will be loaded onto barges and shipped to Texada Island.

There, it will be dumped into open collection piles before filling the cargo holds of ocean-going vessels destined for power generation plants in China.

Washbrook says the impact of this could be devastating to water and air quality locally, and even after it is burned in Asia the residual effects will encourage climate change and contamination here and all over the world.

“We know a majority of mercury pollution in the Pacific Northwest comes from coal burned in China through air swells blown over from Asia.”

Karen Campbell is a lead attorney with Ecojustice, and in this capacity represents two individuals and two organizations opposed to the expansion of coal export from the proposed Vancouver- Surrey location.

“Air quality, water contamination and bias are all major points raised by our clients and these factors will impact the lives of Canadians in many ways,” she says.

The plaintiffs — Washbrook included — argue Vancouver Ports had approved the proposed coal project before public consultations, and that any public forum was little more than lip service after the decision had been finalized. Campbell echoes the arguments raised by Washbrook and says the plaintiffs have “no confidence health concerns being raised by the public are being adequately acknowledged by the port.”

Campbell continued to say economic agencies like the port are given an increasing level of authority over environmental regulatory issues and until Canada has an environmental rights framework written into the Charter of Rights and Freedoms, economic power in Canada will continue to dictate the ecological circumstances endured by the population.