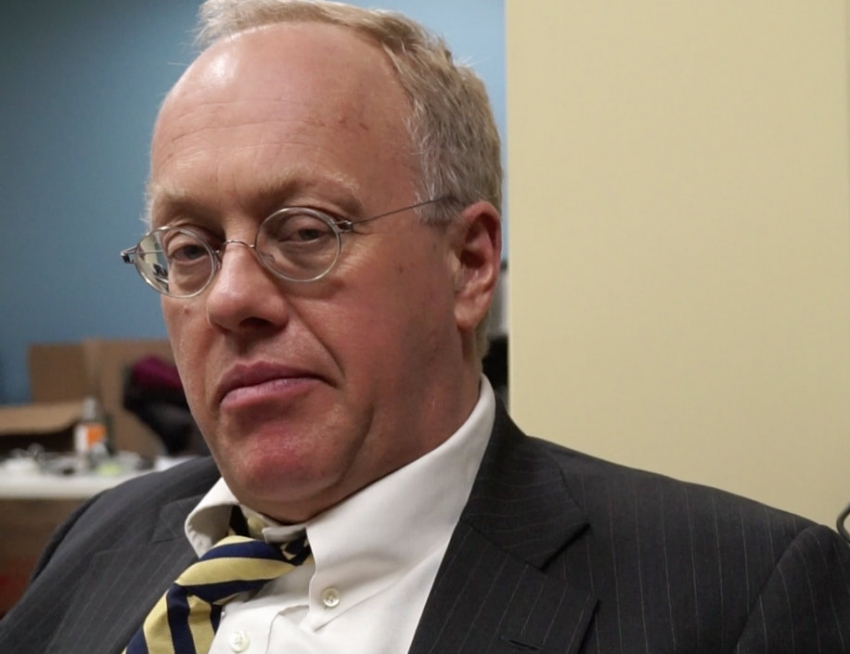 Chris Hedges photo by Jenny Uechi
Pulitzer prize-winning journalist Chris Hedges told The Vancouver Observer he thinks Prime Minister Stephen Harper is a "pawn" or "puppet" of corporations, and that Canada is repeating many mistakes that the U.S. made during the Bush era.

"The problem is corporate power," Hedges said, while at the State of Extraction conference in downtown Vancouver. "Harper is a pawn or puppet of corporate power in the same way Obama is. But you know, the NDP isn't going to save you, at this point. Your security and surveillance state is as advanced as ours. And if this new anti-terrorism law passes, in some ways it will be even worse."
Hedges has a Canadian connection: his wife is Canadian, and his daughter is a university student in Vancouver, currently studying abroad. He said Canadian governments have a "strange" tendency to make the same errors their American neighbours made 10 years earlier.
In the 2011 election, the Conservative Party had hired Republican strategists to knock on doors on behalf of an Ontario Conservative candidate, leading to a possible breach of election rules. Asked if he thought there were any Republican influences on Canadian politics today, Hedges said:

"I wouldn't call it Republican. I'd call it corporate... that's how we've seen the kind of devolution of Canadian politics, rolling backwards, which Harper has exemplified. But I don't play the game of focusing on personalities, because if you  focus on personalities, you ignore the structures of power and how they work."

As for examples of the "devolution", Hedges cited Canada's backing out of the Kyoto protocol, the increasing surveillance state and the militarization of police forces.

"This is a pattern we're familiar with in the U.S. It (the de-funding of health care) isn't as has advanced as the States but your healthcare system is woefully underfunded, and we're watching one of the great university systems in the industrialized world get destroyed by corporate money, making a college education harder and harder for people with little means. The destruction of your manufacturing base. There's all kind of activities (in Canada) that replicate what has happened in the United States."