Childcare dilemma heats up as summer looms in pricey Vancouver

With the summer holidays just around the corner, many working parents are wondering how they can afford nine full weeks of care for their school-aged kids. 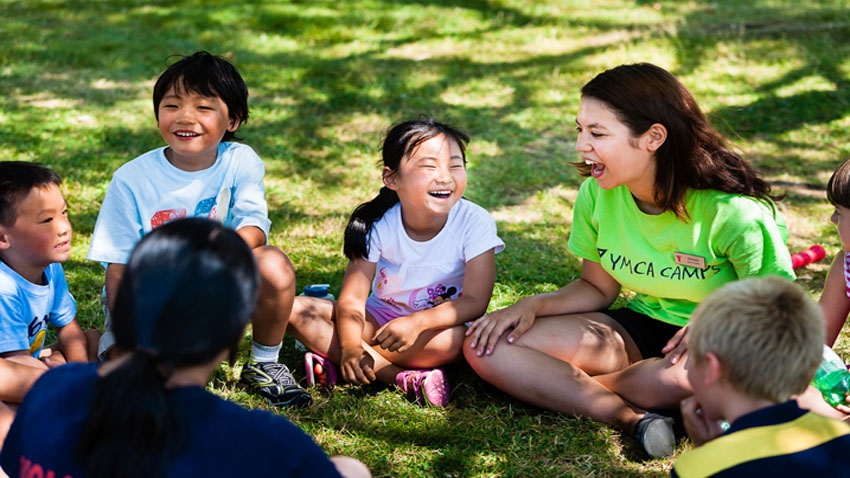 Summer camp is an important experience but with Vancouver's cost of living, it's out of reach for many parents. The YMCA offers a variety of affordable summer camps (shown here) and day care activities (c) Trevor Meier for YMCA of Greater Vancouver.

Young school-age kids may be counting the days until the start of summer holidays but many of their parents are frantically calculating the high cost of nine full weeks of summer childcare.

“It’s definitely a real struggle,” says Vancouver parent Melanie Barker. “I’m probably going to have to take some time off, and I’m not exactly sure how that’s going to work because I’m not sure I can afford that.”

Living in Vancouver has never been worse on the wallet; it’s the priciest city in North America and ranks within the top 25 most expensive cities on earth. The cost of rent, food and transportation is crippling for many families; throw childcare fees into the mix, and it’s a serious financial crunch.

Barker is a single mom to an eight-year-old son, and works three jobs to make ends meet. During the school year, she pays $355 per month for before- and after-school care, but during the summer, the costs skyrocket.

“I have to be pretty creative about (paying for) it,” she explains. “This year I’m actually teaching some camps, so my son is going to come with me.”

The average monthly cost of full-day care is more than $1,000 per child in the city, according to the Canadian Centre for Policy Alternatives. That’s roughly on par with the average cost of rent, which stands at $1,054 plus utilities.

In Vancouver, summer camps can cost more than $600 per week including food, activities and certified supervision. Registered daycares can cost upwards of $1,200 a month for an infant or toddler, according to a 2014 study, The Parent Trap.

The Coalition of Child Care Advocates of BC (CCCABC) is calling it a provincial “childcare crisis,” complicated by high costs of living, increasing care fees, and a lack of vacancy in regulated care centres.

“The capital expenditures that they’re committing to will not even keep up with the birth rate in the province, never mind the whole issue of giving public assets to private corporations for profit.”

Earlier this month, the B.C. Ministry of Children and Family Development invested roughly $8.2 million in the creation of 1,488 new, licensed childcare spaces in 14 communities across the province, with the goal of reaching 13,000 more by 2020.

Nearly 110,000 spaces are already supported by the government, yet according to the Parent Trap report, as of 2012, B.C. spent less public money per regulated childcare space than any other province except New Brunswick.

When asked about its ongoing efforts to support provincial child care, the ministry issued an email statement:

“This government is committed to supporting a range of quality child care options, including care during school breaks and holidays, to meet the diverse needs of families. To that end, the ministry provides operating funding to eligible licensed child care operators to assist with the costs of delivering care through the Child Care Operating Funding Program.”