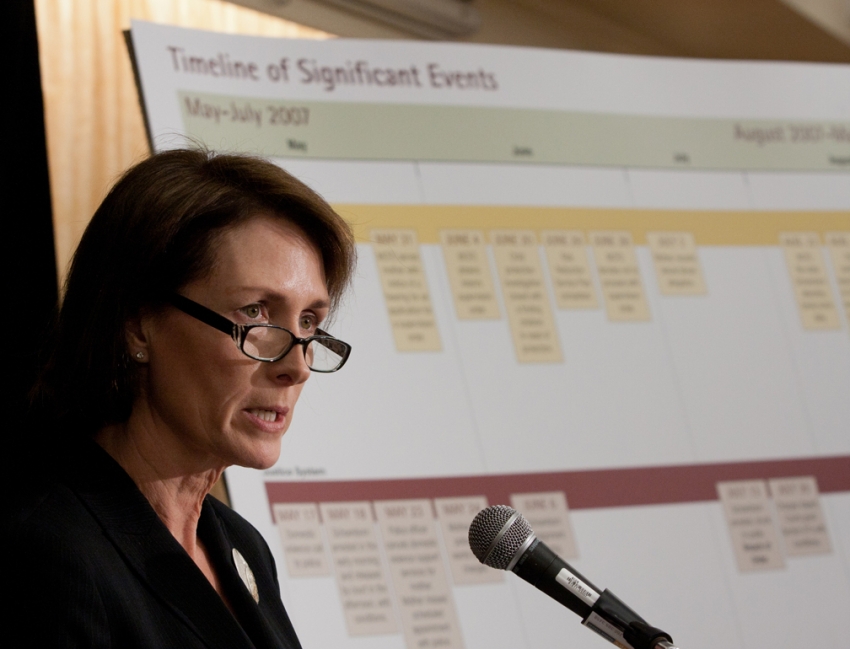 The summary report, released earlier this week, called on federal, provincial, territorial and Indigenous authorities to reduce the number of aboriginal children in care by allocating more resources investigating neglect, among other interventions.

The recommendations are made to all levels of government, but according to the province’s representative for Children and Youth (BCRCY), this is B.C.’s time to shine. The province is notorious for leaving vulnerable children and families behind, particularly within the aboriginal community.

“There are enough (Indigenous) individuals here that are strong, that if they were really supported and had that community dialogue and initiative, there could be literally world class response in this province,” said Mary Ellen Turpel-Lafond, the advocate for minors since 2006. “But that would require the government to take an active role.”

Since 2003, at least 134 children have died in the care of the B.C. Ministry of Children and Family Development (MCFD) according to statistics from the Ministry website, and a 2013 study by the BCRCY found that in March 2013, more than half of the province’s 8,106 children in care were from aboriginal families.

One of the most notorious failures of B.C.’s social care system is the case of 19-year-old Paige, an Indigenous woman who died of a drug overdose in April 2013. Last month, the BCRCY released an investigative report detailing Paige’s downward spiral and how “professional indifference” to her life circumstances left her directly in harm’s way.

“Paige’s story is important because this is a British Columbian child who suffered while we are supposed to have a social care system, meaning child welfare, education and healthcare system that is supposed to promote best outcomes,” said Turpel-Lafond. “Somehow (the system) just didn’t reach her, and didn’t see the magnitude of this child’s needs and find a way to really support her.”

The young woman’s tragedy not only represents B.C.’s political inaction but the lasting legacy of residential schools. Paige’s family were survivors of the horrific system, which left them with physical and psychological scars that prevented them from providing her with a safe and nurturing environment.

The TRC summary report, which calls for better aboriginal child welfare, health and education across the country, provides harrowing statistics on the Canada’s Indigenous youth in care. According to its findings, 78 per cent of children who died in Alberta foster care from 1999 to mid-2013 were aboriginal, and across Canada, First Nations children under 15 were 12 times more likedly to be in foster care in 2011.

“British Columbia has a huge opportunity to take that report and show leadership,” said Turpel-Lafond. “The province needs to have a cross-government aboriginal children’s plan that’s really going to be about, ‘It ends with this generation, this marginalization.’”

Premier Christy Clark has yet to issue a formal response to the TRC report, and the MCFD did not get back to The Vancouver Observer by press time.

'Change has begun, and I’ve witnessed that'