Canadians with marijuana convictions call on Trudeau to offer pardons 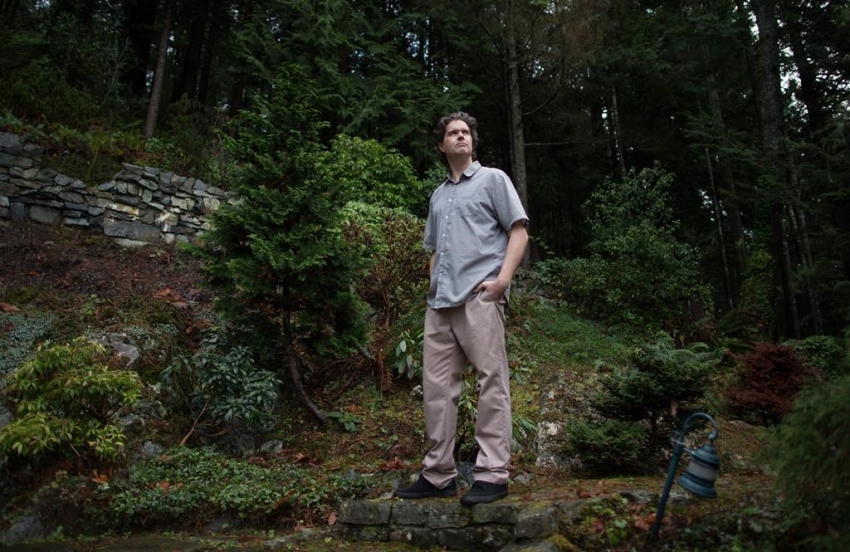 Marcus Richardson, who was arrested on Lions Gate Bridge in 1998 after police found several kilograms of marijuana and $6,000 in his trunk. (CP).

VANCOUVER — Marcus Richardson is, in the eyes of the law, a criminal.

Never mind that a judge ruled the six kilograms of cannabis police found in his car was for severely ill patients at a medical marijuana dispensary.

Or that the same judge imposed only a minimum sentence because anything more would fail to maintain "a just, peaceful and safe society."

He's a criminal — and so are scores of other Canadians who face barriers to travel and work because they were caught with a drug that the government now intends to legalize.

"My charge wasn't like, 'He was practising civil disobedience at a place that was helping sick and dying people improve the quality of their last days on earth,'" Richardson said.

"If the charge read like that, I'd have no problem with it. It reads like, 'I'm a marijuana trafficker.'"

Canadians with criminal records for marijuana crimes are eagerly waiting to see is Prime Minister Justin Trudeau will offer pardons when pot is legalized. Tens of thousands are charged with possession every year, and if convicted face consequences that can be devastating.

Richardson was driving across Vancouver's Lions Gate Bridge in 1998 when police stopped him at a roadblock and found several kilograms of marijuana and $6,000 in his trunk.

A judge found the drugs were intended only for B.C. Compassion Club Society members and the money was a "float" Richardson carried to pay growers. He was convicted of possession for the purpose of trafficking and received a suspended sentence and six months' probation.

Today, the 42-year-old father of three holds a federal licence to grow and possess marijuana and runs a business selling equipment for medical cannabis users.

Richardson is often asked to share his expertise with companies in the U.S., but he's barred from crossing the border. He'd also like to volunteer on his kids' field trips, but administrators conduct criminal record checks.

"I wouldn't want to embarrass my children," he said.

The previous Conservative government overhauled the pardon system in 2012, making it more expensive and rigorous. Pardons, now called record suspensions, seal a criminal record to allow offenders who have lived crime-free to reintegrate, get better jobs and travel abroad.

The Parole Board of Canada has grappled with a backlog of pardon applications dating to the government's changes, though it said last May it only had 5,000 left.

Richardson became eligible for a pardon in 2008 and applied three years later, but he's still waiting. In frustration, he recently applied for a US$585 waiver that would allow him to cross the border.

Asked whether her government would offer general pardons to people with minor marijuana convictions, Justice Minister Jody Wilson-Raybould said she's working with the ministers of Health and Public Safety to hammer out the details of legalization.

"We will certainly look to have more to say about how we're going to move forward," she said. "But that includes actually having conversations ... with different levels of government and ensuring we speak to Canadians who have been impacted."

Simon Fraser University criminologist Neil Boyd said criminal convictions have significant effects on people's abilities to travel and work. Though pot possession doesn't carry the same stigma as other crimes, it's still a conviction that may be weighed against a job seeker, he said.

He said Trudeau's government should use its legislative powers to pardon Canadians with simple possession convictions.

"I don't think that should stay as a criminal record, given that we now are approaching an era in which it is going to be seen as analogous to alcohol or tobacco, and taxed and regulated in a somewhat similar manner."

Boyd noted that U.S. authorities can still refuse to allow people who have been pardoned to cross the border.

Dana Larsen of Sensible B.C., a marijuana-legalization advocacy group, said in addition to pardons he'd like to see Trudeau or a future prime minister apologize for prohibition.

"Prohibition was not a well-intentioned failure but a terrible policy that caused a lot of harm."

Retired corporal Clayton Goodwin, who represents a group called Veterans for the Use of Medical Marijuana, said he began growing medical pot to treat severe insomnia and stress triggered by serving in the Arctic during constant sunlight.

In 2008, police raided his Sarnia, Ont., home and found 22 immature plants, 95 grams of processed marijuana, morphine tablets and a shotgun in a closet without a trigger lock.

"This was my medicine. I'm Metis, I consider it a cultural aspect," he said recently, adding he didn't have any ammunition. "My shotgun had been gathering dust for years."

Goodwin pleaded guilty to possession of marijuana and morphine as well as careless storage of a shotgun. He was fined $1,500 and sentenced to one year of probation and drug counselling.

But the convictions' lingering effects have stayed with him much longer. The veteran has relatives in the U.S. who he can no longer visit. He said landlords have refused to rent to him. And more than anything, he said he's suffered mentally and emotionally.

Goodwin said a pardon would give him his life back.

"I wore a uniform for everyone, everyone's freedom. That's also the freedom to choose marijuana over pharmaceuticals."

— With files from Bruce Cheadle

B.C. groups call for legalized marijuana to be sold in liquor stores