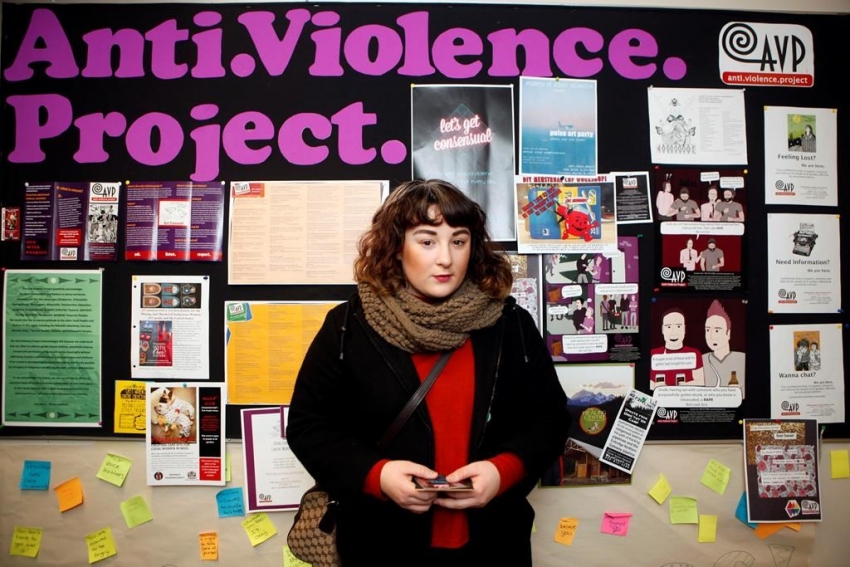 Bilan Arte, national chairwoman of the Canadian Federation of Students. Photo by The Canadian Press.

VANCOUVER — A University of Victoria student is accused of sexually assaulting four women. Graduate students at the University of British Columbia allege the school delayed taking action on a serial abuser. A York University student testifies against the man she says assaulted her.

Canadian universities have often found themselves facing headlines about sexual violence. But advocates say most still lack stand-alone sexual assault policies, seen to be crucial in responding to attacks and supporting victims.

"Administrations have made it very clear to us as students that they're more interested in protecting their bottom line and their reputation than they are in actually protecting the campus community," said Bilan Arte, national chairwoman of the Canadian Federation of Students.

Arte said about two dozen institutions now have stand-alone policies, out of more than 100 universities and colleges. Some institutions, including McGill University and the University of British Columbia, have begun developing policies after high-profile allegations of assault.

Stand-alone policies are thought to be vital because they recognize that sexual assault is different from other forms of misconduct, set out specific procedures for handling complaints and outline support services for victims. Clear policies help reduce under-reporting, said Arte.

"There are survivors on campus who don't feel adequately supported by the institution because they don't have stand-alone policies on sexual and gender-based violence."

Many schools rely on non-academic misconduct policies, including the University of Victoria, where a student was recently banned from campus after police arrested him in connection with four alleged assaults.

Kenya Rogers, director of external relations for the university's student society, said the incident underscores the need for a provincewide framework like Ontario's 2015 plan to stop sexual violence. The plan was developed with input from students and included a law that, if passed, would make campus sexual assault policies mandatory.

Student societies are set to present the B.C. government with a proposed framework next month and lobby for a greater role in developing sexual-violence policy, said Rogers.

"There's been grassroots advocacy for a long time. The change now is that we're fighting our way to the table."

Manitoba has also introduced a law to compel post-secondary institutions to have sexual assault policies, which has yet to be passed. Nova Scotia is finalizing a memorandum of understanding to require universities to have such policies, while Saskatchewan has requested its publicly funded institutions develop them.

B.C.'s Advanced Education Ministry has so far rejected calls for legislation. Instead, the ministry has compiled a list of sexual-misconduct policies at its 25 public post-secondary institutions and has struck a working group to develop a framework to provide guidance to schools.

"This approach, rather than legislation, offers post-secondary institutions the flexibility to develop programs, policies and procedures that meet the needs of their students," the ministry said in a statement.

The University of British Columbia recently announced a committee that will develop a stand-alone sexual assault policy after several graduate students and alumni complained in November the school had taken months to act on multiple allegations against a PhD candidate.

The incident is not the first time the school has been in the news for issues related to sexual assault. Along with Saint Mary's University in Halifax, students at the school in Vancouver sang "rape chants" with lines like "U is for Underage" and "N is for No consent" in September 2013.

A report on the Saint Mary's chants recommended the school revise its sexual assault policy, and it now has a comprehensive set of procedures. UBC, on the other hand, appointed a task force that led to changes to student orientations, but didn't develop a sexual assault policy at the time.

"There has been a growing recognition across all campuses in North America that sexual assault really is a crime like no other," said Sara-Jane Finlay, associate vice-president of equity and inclusion at UBC. "To deal with it in the best and most responsible way, it's important (for it to) have its own policy."

Mandi Gray, a York University graduate student who was allegedly sexually assaulted by a fellow PhD candidate, said it's not enough to have a policy — it has to be good policy. (A judge-alone trial in her case began last month and she has waived her right to a publication ban on her name.)

Gray launched a human-rights complaint alleging York's sexual assault policy discriminates against women, who are most often victims. She said the policy lacks specific procedures for reporting assaults, forcing her to repeat her story to 12 staff members.

"There's no way to have a great experience of your sexual assault being investigated," she said. "But we can do better than what we're doing."

York spokeswoman Janice Walls said the policy was created with input from survivors and the university is still developing additional procedures. It is considering a single point of contact for reporting and supporting victims, she said.

Wayne MacKay, the Dalhousie University law professor who led the report on the Saint Mary's chants, said it's important for universities to have a separate process for handling sexual assaults outside of the criminal justice system.

The Saint Mary's sexual assault policy states that the university may contact police, while respecting that victims have the right not to co-operate with officers and to protect their anonymity.

MacKay said many victims do not want to file criminal complaints because of fears about how they will be treated at trial. The standard of proof is also lower at universities, where offences are decided on a balance of probabilities rather than proof beyond a reasonable doubt, he said.

Canadian universities have been slow to adopt sexual assault policies in part because administrations have been in denial about the extent of the problem, MacKay added.

"There's more and more evidence that it happens everywhere and happens to varying degrees on every campus," he said. "If you don't really acknowledge the problem, you're not going to effectively respond to it."