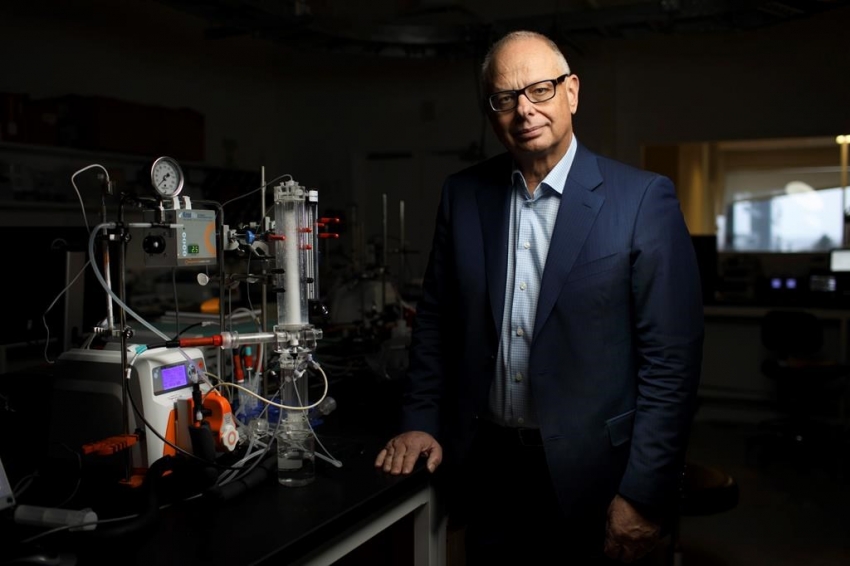 What if carbon dioxide emissions could be transformed from a liability into an asset?

That's the $20-million question behind the NRG COSIA Carbon XPrize, a global competition to create technology that converts CO2 into valuable products.

"In energy and climate, few ideas are as potentially transformative as the idea of turning the economics of CO2 and climate change on its head," said Marcius Extavour, director of technical operations for the prize.

Nine Canadian companies are among the 27 teams that have advanced to the semifinals, with innovations including harnessing photosynthesis to convert carbon and injecting CO2 into concrete.

The multi-million dollar prize is funded by the industry group Canada's Oil Sands Innovation Alliance and U.S. company NRG. Ten finalists will be announced in 2018 and a winner will be revealed in 2020.

Here's a look at some of the Canadian semifinalists:

The technology mimics the biochemical reactions of photosynthesis in non-living materials to generate the energy to transform the carbon dioxide into valuable products. It takes the CO2 from flue gas and builds the carbons up into long chains, with the result being that 47 different specialty chemicals can be produced.

Montemagno added that plants require a significant amount of energy to grow, so they're not very efficient at sequestering carbon to produce value-added chemicals. But in his technology, no energy has to be spent to keep an organism alive, so all the output can go toward the products that one wants to create.

"This efficiency is game-changing, opening up new opportunities for the sustainable production of products we all need from waste," he said in an email.

Acid rock drainage refers to the acidic water that results when sulfide minerals are exposed to air and water and produce sulphuric acid, which is harmful to wildlife if it leaks into waterways. Mining companies must use costly methods to contain the drainage, including treating it with lime and storing it in large tailings ponds.

Terra CEO Dylan Jones said the company aims to solve the environmental threat of acid rock drainage and save mining companies money. Their technology treats the drainage through an electrochemical process that separates the sulfur from the mineral.

The company uses a common iron-sulfide mineral called pyrite or "fool's gold" as an example. It pulls CO2 out of the air and combines with the iron to make an iron carbonate, which is stable in normal atmospheric conditions and doesn't produce any acid.

"Our application for the technology is huge for the mining industry," said Jones. "We're looking at it as a cost-saving technology."

Cement produces a great deal of greenhouse gas emissions — about one tonne of CO2 for every tonne of cement. That's why Carbicrete invented a way to make concrete without using cement.

Instead of using cement to bind together the concrete, the company uses steel slag, a byproduct of the steel-making process that mostly ends up in landfills. In doing so, it avoids the CO2 emissions associated with cement.

Mehrdad Mahoutian, who originally invented the technology at McGill University, added that precast concrete products are normally cured with heat and steam, but Carbicrete cures its concrete with CO2 gas, which permanently sequesters the CO2 and keeps it out of the atmosphere.

In effect, the product is carbon-negative concrete.

"We're taking garbage, and we're turning it into a valuable product and solving climate change all in one step," said CEO Chris Stern.

Nova Scotia-based CarbonCure Technologies has also developed a way to use CO2 to make better concrete.

The company takes CO2 from any industrial source — a power plant or a refinery, for example — and injects it into concrete, where it is sequestered and turned into a solid. The process reduces the carbon footprint of the product by taking CO2 out of the air and turning it into a solid material, which happens to make concrete stronger, and also cuts down the concrete producer's costs.

There is more concrete manufactured on the earth than any other material, so this technology has the potential to reduce significant quantities of CO2, said vice-president of sustainability Jennifer Wagner.