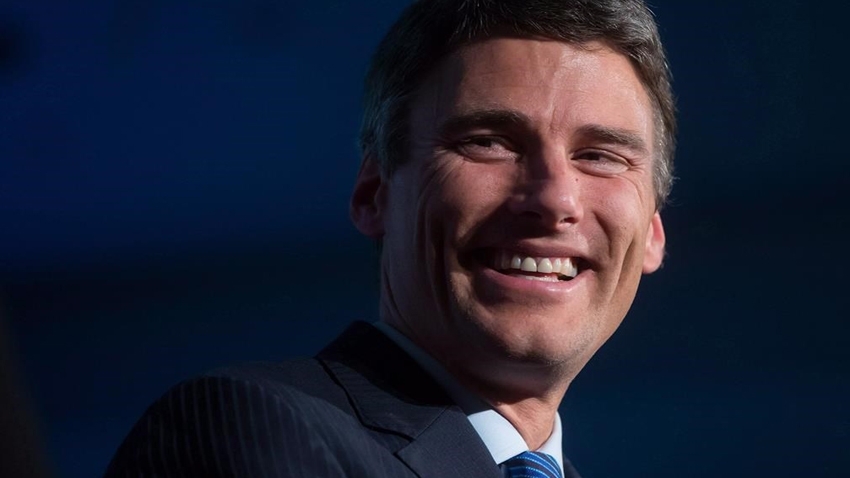 Guests in the audience included the top-ranking figures in American diplomacy, and the event was organized in conjunction with former New York mayor and current UN climate envoy Michael Bloomberg.

A moderator mentioned Canada's election during a panel discussion. The mayor expressed hope Canada might have a different approach in time for climate talks later this year in Paris, although he stopped just short of explicitly calling for the Conservatives' defeat.

"I'm certainly hopeful that the government of Canada two weeks from now, after the election, steps up on the world stage and takes bold positions and makes real commitments to reduce our impact," said Robertson, a former NDP provincial lawmaker.

"Canada's been a laggard on that and, frankly, it's been embarrassing for us."

The comments came at the end of a formal luncheon with municipal officials from different countries and top U.S. State Department officials, in an onstage panel discussion featuring three mayors — Robertson and peers from Japan and Nigeria.

It was moderated by NBC host Chuck Todd.

Todd brought up Canadian national politics twice. There was his reference to the election, and at the start of the discussion Todd asked: "What is it that you can do more effectively than Prime Minister Harper?"

The Vancouver mayor also met with Secretary of State John Kerry, who delivered opening remarks at the event although he left the room before the post-luncheon panel discussion started.

Kerry described the urgency of action at the Paris summit. He said a 29-year-old living in the U.S. has never experienced a month cooler than the average of all the months of the last century.

They did facilitate interviews with the visiting mayors. They invited Robertson several weeks ago to the "Our Cities, Our Climate" summit, which included planned meetings and an event at the White House.

Asked whether there had been any concern about providing a platform to someone who might criticize a foreign government during an election campaign, Kerry's assistant secretary of state said no: "We live in a very free-press society here in the U.S., and nothing like that really rattles us," Evan Ryan said in an interview.

In an echo of comments Kerry made on stage, Ryan expressed hope municipal leaders attending the summit might take its message home to their decision-makers.

In an interview later, Robertson said he keeps hearing questions about Canada's climate record — from people in Washington, and at the Vatican during a recent visit.

"I get lots of questions from other mayors, and senior government officials, about Canada's role on the world stage with respect to climate," he said.

"Many people in political circles around the world are watching closely the Canadian election — and curious if there will be a big change of heart from the federal government before the Paris summit...

"I think the rest of the world is watching closing what Canadian voters decide Oct. 19."