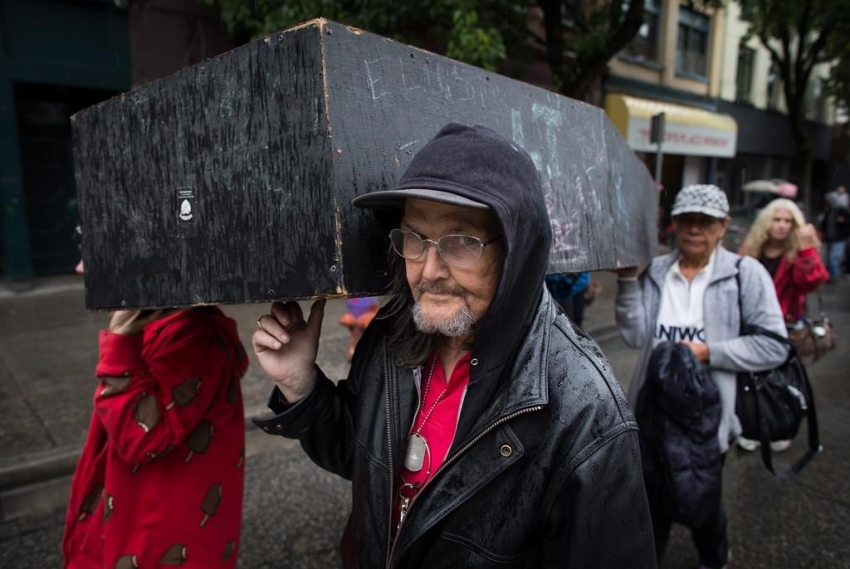 Canada's plans to restrict six chemicals used to make fentanyl will only increase demands for a more dangerous replacement if other steps to stem a national opioid crisis are not taken, a drug-policy expert says.

Don MacPherson, executive director of the Canadian Drug Policy Coalition, was responding to Health Canada's announcement that a bill brought in by a senator means the government can act quickly to make the unauthorized importation and exportation of the precursor chemicals illegal.

Regulations on selling, importing or exporting six chemicals that can be used in the production of the opioid fentanyl are expected to be in place by the end of 2017.

Health Minister Jane Philpott said she is also planning a summit for this fall to address the opioid crisis.

Restricting the flow of chemicals from countries such as China will not be enough because the illegal market will come up with another drug that may be even more powerful, said MacPherson, who spent 10 years as a drug-policy co-ordinator for the City of Vancouver.

Fentanyl arrived on the illegal market after 2012 when oxycontin was pulled from shelves in Canada after so many people became addicted to the painkiller, which also drew heroin users because it could be snorted or injected, he said.

"Fentanyl is cheap to make, it's cheap to import, it's powerful, it can be cut. So it's sort of a drug dealer's dream but it's a drug user's nightmare," he said.

"So enforcement actions may actually make it worse in the short term."

Health Canada's decision to loosen regulations that made the drug naloxone available to reverse overdoses is a good step but it must be combined with other efforts to prevent more overdose deaths, he said.

Deputy Chief Trevor Daroux of the Calgary Police Service, who serves on a drug-abuse committee of the Canadian Association of Chiefs of Police, said controlling chemicals is an important step but Canada needs a national strategy to provide timely drug-addiction treatment.

"In order to be truly effective we have to impact both the demand side of the drug equation and the supply side," he said.

Daroux said many chemicals involved in producing fentanyl are already banned in the United States.

"If we don't follow suit with the U.S., Canada could very quickly become the source country for precursor (chemicals) in the U.S."

Alberta and British Columbia have been hardest hit by the opioid crisis, but Ontario police issued a warning this week of a record seizure of "bootleg" fentanyl.

On Wednesday, a joint task force examining the drug overdose crisis in B.C. highlighted steps the province is taking on opioid overdoses, pointing to a new testing service to help users determine if their drugs contain potentially deadly contaminants, such as fentanyl.

In a tweet, Vancouver Coastal Health said Insite — the supervised injection site in the city — is offering the new program and that 86 per cent of drugs checked so far contain the powerful opioid.

A recent coroner's service report said there were 433 apparent illicit drug overdose deaths in B.C. between Jan. 1 and July 31. More than 62 per cent linked to fentanyl-laced drugs.

BC Health
The Canadian Press