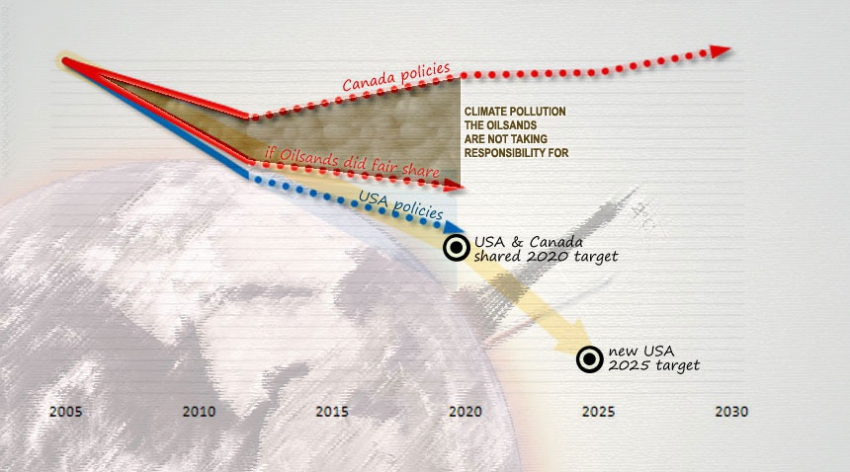 Barry Saxifrage's previous article detailed just how far Canada is falling behind the US in the climate fight. This article explores how Canadians can get back on track.

In the run up to the global Paris 2015 conference, the world expects all major climate polluting nations to announce even deeper emissions cuts for 2030. The US has already promised to double the speed of their cuts.

In contrast, Canada, the world's tenth largest climate polluting nation, lacks a plan to meet its promises. Instead emissions are projected to rise into the future. The pressure is growing rapidly for Canadians to do their fair share in the climate fight. But how?

See more
Are Canada's emissions too small to matter, or too big to ignore? Take a look
Pandora's box: dire warnings from world's best climate science

USA and Europe lead climate fight, while Canada adrift without a plan

Beyond governments: saving ourselves from climate change