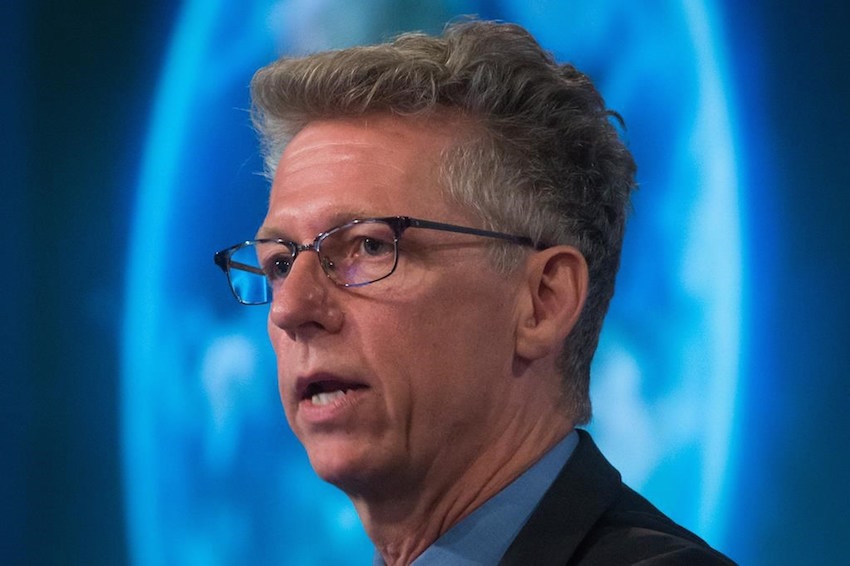 Dr. James Orbinski, a professor at the Dalla Lana School of Public Health at the University of Toronto. Photo by The Canadian Press.

Canada "has missed the boat" when it comes to developing renewable energy resources that would mitigate the impact of global warming and its impact on human health, a leading medical expert says.

Dr. James Orbinski, a professor at the Dalla Lana School of Public Health at the University of Toronto, told a meeting of the Canadian Medical Association that Canada still has time to catch up with other countries or it will be left behind.

California has the fastest-growing economy in the United States despite putting a price on carbon emissions, but Canada has failed to recognize that this is not a "false choice" with a negative economic impact, Orbinski said Monday.

"For Canada, we have been stuck in this paradox," he said. "We are lagging behind economically in terms of the kind of advances that other nations like Germany, Spain, the nations of continental Europe, the U.K., China even, the kind of policies that they're engaging in terms of dealing with the effects of climate change."

The development of alternative energy sources, such as solar and wind power, has fuelled a knowledge- and technology-based economy in California, which has experienced a fifth year of drought driven by climate change, Orbinski said Monday.

People in developing regions of the world suffer the most from the effects of climate change, he said.

In 2011, 13 million east Africans were on food assistance because of drought, he said.

"This is the consequence of climate change. It is profound. And it is utterly unacceptable."

Orbinksi, who co-founded the medical and research organization Dignitas International to provide AIDS treatment in the sub-Saharan African country of Malawi, said 270,000 people are receiving treatment for the disease, but that's not their worst problem.

"It is drought," he said, adding 29 million people in southern Africa are on food assistance.

Orbinski, who headed Doctors Without Borders when it won a Nobel Peace Prize in 1999, said wildfires, hurricanes and floods, as a result of rising sea levels, are just some of the effects of climate change.

The rate of temperature increases in Canada is two times higher than the worldwide average, with greater hikes in the northern part of the country, he said.

"What is very clear is that climate change is like no other threat that the human species has ever faced in its history," he said. "It is the contemporary issue of the 21st century."

Orbinski urged doctors to get involved locally in climate-change initiatives, adding that could affect policy change.

Dr. Cindy Forbes, outgoing president of the Canadian Medical Association, said discussions will be held by the organization's board as physicians aim to make a difference in their own communities when it comes to climate change initiatives.

"We've identified it as a major issue," she said in an interview. "We will be looking at what we can do at the federal (government) level but at this point we have not made any decisions or determinations as to what our next steps will be."

The federal government, along with other provinces, set new goals following the Paris Agreement last December to reduce carbon emissions by 30 per cent below 2005 levels by 2030.

Last week, British Columbia decided against increasing its carbon tax. Premier Christy Clark called on other provinces to match B.C.'s carbon tax and said the government would re-evaluate the levy when other jurisdictions have similar taxes in place.

Canada ranked 8th in the world for investment in renewables

One road to renewable energy, one road to climate instability