The federal government will decide by Tuesday on the controversial pipeline project, but proponents say they feel optimistic that Enbridge Northern Gateway will be approved. 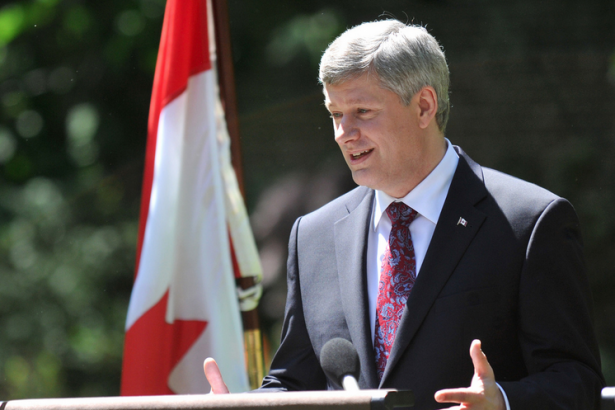 "Enbridge Inc. (ENB) is poised to win government approval as soon as today for its proposed Northern Gateway pipeline to the Pacific coast, a major step for the project that still faces opposition from aboriginal and environmental groups,"  Jeremy van Loon and Andrew Mayeda wrote in Bloomberg this morning.

A group of First Nation spokespeople are holding a press conference at 10 a.m. this morning to make announcements regarding the government's decision.  (More on that later today.)

The federal government has to decide by midnight today whether to approve or reject the controversial pipeline project, which would carry diluted bitumen from Alberta’s oil sands across British Columbia to Kitimat.

Meanwhile, the price of oil has surged in response to escalation of violence in Iraq.

"The international benchmark surged above $114 on June 13 for the first time in nine months as militants routed the Iraqi army in the north and advanced toward Baghdad, threatening to ignite a civil war. The Islamic State in Iraq and the Levant, known as ISIL, has halted repairs to the pipeline from the Kirkuk oil field to the Mediterranean port of Ceyhan in Turkey," Bloomberg also reported.

“We’re hopeful approval’s coming,” Saskatchewan Premier Brad Wall said on June 12. Wall was among 40 public officials and business leaders who signed a letter, which appeared as a full-page ad calling for the approval of the Northern Gateway last Thursday. “I’m reading the tea leaves and picking up on signals like everyone else.”

The federal government has the third option to refer the project back to the National Energy Board for further study, but the Bloomberg report suggested that was unlikely, given how strongly Prime Minister Stephen Harper has criticized U.S. President Obama in recent years for delaying TransCanada's Keystone XL pipeline.

The Toronto Star, meanwhile, suggests that Harper would have to "yellow-light" the project, as clear approval would cost him politically in British Columbia -- home to 21 Conservative seats -- and rejecting it will result in a backlash from his pro-oil base.

"Any type of green light, even a flashing amber, will likely cost Harper in British Columbia, a province that could deny him a majority — or victory — next year," wrote Tim Harper in The Star.

The federal cabinet could suggest that the terminal be moved from Kitimat to Prince Rupert (which would require further review from the NEB) or provide approval on the condition that Enbridge gain more support from Aboriginal communities along the pipeline.

But BC's First Nation leaders have so far been unequivocal about their opposition to the pipeline.

"The absolute final answer on Enbridge Northern Gateway is no," Union of BC Indian Chiefs president Grand Chief Stewart Phillip told reporters at a protest earlier this month.

Around 130 First Nations currently oppose the Northern Gateway pipeline. Some nations, including the Gitxaala Nation, have already launched lawsuits on the basis that they were not properly consulted on a project that would threaten their land and way of life. A number are already preparing to fight the project upon approval.

All eyes are on BC Premier Christy Clark, who has outlined five conditions -- including a "world class" marine oil spill response and a "fair share" in the pipeline's economic benefits for BC. 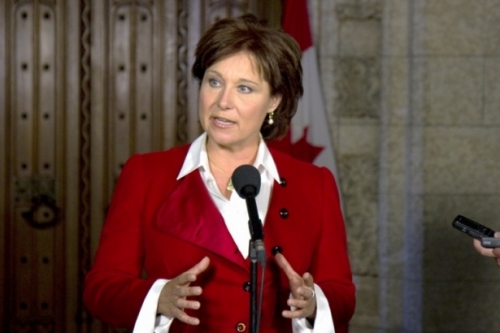 Despite reaching a "framework" on a deal with then-Alberta Premier Alison Redford, Clark has yet to express a strong opinion on the unpopular pipeline, which two-thirds of BC residents want rejected or delayed, according to a recent Nanos poll. There has been mounting pressure from environmental organizations for BC's Premier to oppose the project.

If approved, the pipeline would start in the Alberta tar sands, pass through the Rocky Mountains and cross over a thousand rivers, including productive salmon habitats of the Upper Fraser, Skeena and Kitimat watersheds.

The pipeline would also go out through the protected waters of the Great Bear Rainforest to British Columbia's coast. 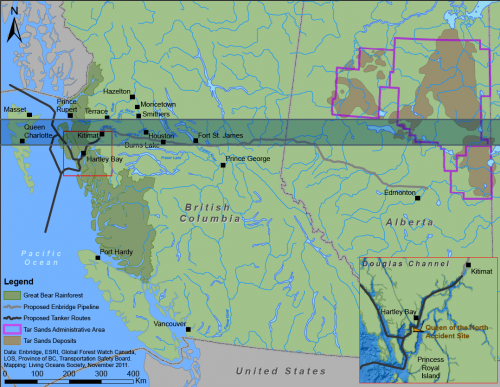 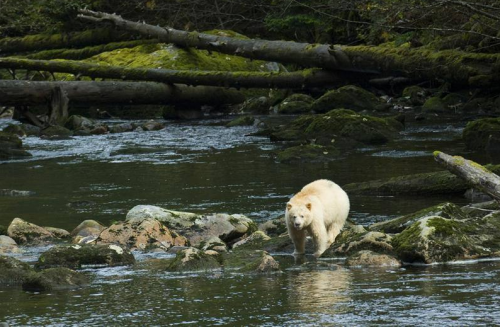