Critics say the dam was built to power LNG plants, while Aboriginal groups slam the decision as not respecting their views. 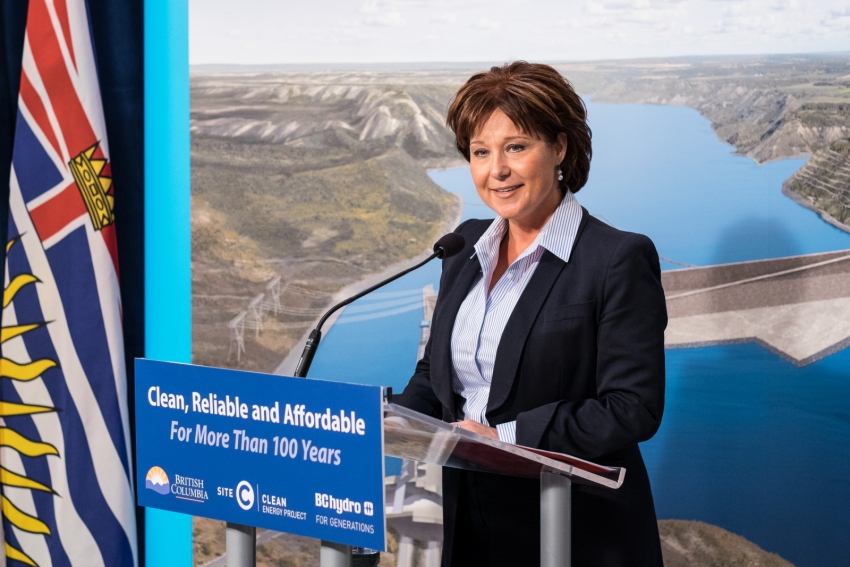 “It will be built," said Clark from Victoria, after what she said was a very lengthy consideration of the project.  She said finding the lowest-cost electricity solution for taxpayers was a key deciding factor.

“Affordable, reliable, clean electricity is the backbone of British Columbia’s economy. Site C will support our quality of life for decades to come and will enable continued investment and a growing economy,” said Premier Clark.

The province said the B.C. demand for power is expected to increase by 40% over the next 20 years. Site C will be required to meet 78% of future electricity growth, despite best-in-North-America electricity conservation efforts, said the Premier.

The project was subject to a lengthy joint review panel that considered the impacts and benefits of the project.  It will flood 5,500 hectares of land over an 83-kilometre stretch of valley in northeast B.C.

Clark admitted many First Nations and local residents oppose the project, but the dam will be the most reliable, sustainable and affordable way to meet B.C. energy needs over the next 100 years.

But already, northern-enviro watch dogs are sounding the alarm.  Many see the project as enabling an LNG build-up in the province's north, despite analyst suggestions that the world demand for that resource has significantly softened.

“Last month, three LNG projects were approved by the BC Government in our watershed and now Site C Dam in the Peace. All this to support an industry that would frack the hell out of the Northeast, dam some of the greatest farmland in the province, ram pipelines through northwest BC and put terminals on our coast that will destroy wild salmon populations. What’s in it for British Columbians?  A foreign workforce?" said Shannon McPhail, with the Skeena Watershed Conservation Coalition on Tuesday.

Likewise, the Union of B.C. Indian Chiefs slammed the decision as disrespecting the many First Nations communities who opposed the project, which will flood a significant area.

“This is an ill-advised and incredibly stupid decision the Province has made regarding the Site C Project. BC Hydro has failed to make its case in terms of future energy demands and have not adequately outlined an economic business case for construction and repayment of the most expensive capital project in the history of BC," said Grand Chief Stewart Phillip in a statement Tuesday.

"Accordingly, the Site C proposal needs to be properly reviewed by the BC Utilities Commission prior to any approvals. Further to this, the dam, associated structures and rights-of-ways will run directly through the heart of Treaty 8 First Nations territories and will have devastating impacts on Treaty rights of Treaty 8 First Nations.  The project will gravely impact the ability of Treaty 8 communities' way of life in exercising their treaty-protected constitutionally-enshrined rights to hunt, fish, trap, and harvest across their lands,” the leader added.

The B.C. Hydro's new CEO Jessica McDonald boasted that the province has never experienced an economy-crippling brown out, due to the safe, reliable power provided over the decades.  The new dam will generate 1,100 megawatts, enough to power 450,000 homes. 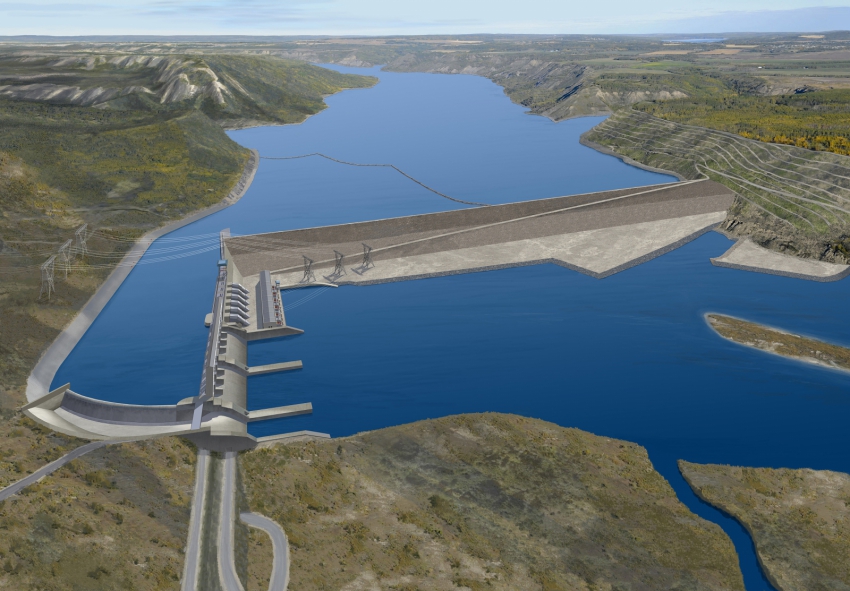