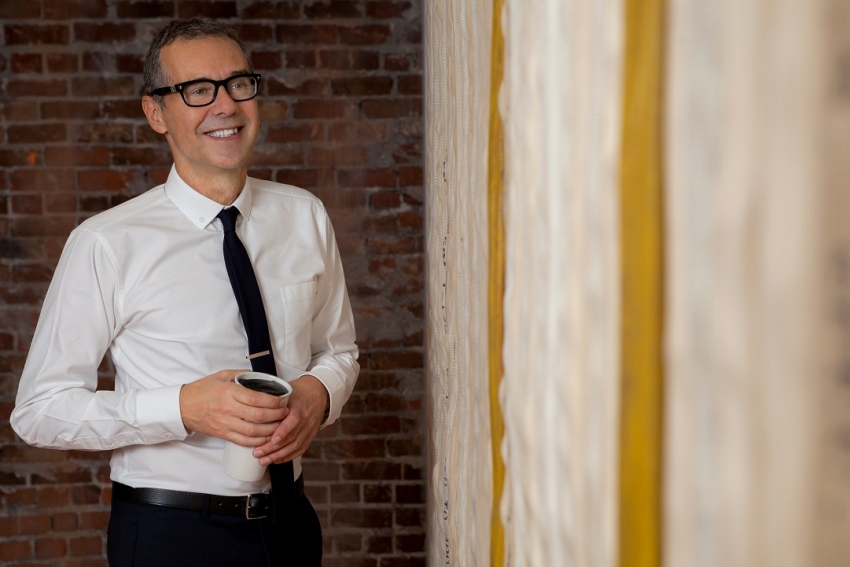 For the condo king of Vancouver, the answer to the question of how to deal with the city’s “potentially toxic” affordability crisis is to take on foreign speculation with smart taxes... and build more condos.

In a speech to the Urban Development Institute on Friday, Bob Rennie suggested a speculation tax that would penalize flippers for quick buy and sell transactions, an idea that Vancouver Mayor Gregor Robertson, who has received extensive support from Rennie, endorsed in a news release shortly after the talk. And the condo marketer thought grants for first time buyers could encourage them into the market.

International capital flowing into Vancouver received has received more attention than usual since last month when Laurence Fink—the head of Blackrock Inc., the world’s largest asset manager—told investors to abandon gold for Vancouver condos. Rennie said that while this movement away from the precious metal would be a “big win” for rental supply, it would exert “added pressure to Vancouver.”

Rennie disregarded recent calls for taxes on foreign investment in housing as something that he feared would scare off needed capital in other sectors.

Aside from speculation, the address—titled “Can we solve affordability without density?”—focused primarily on what Rennie characterized as unreasonable consumer demands in the face of a dwindling supply that needed to be replenished with more densely developed housing.

“If we don’t change things from today’s climate of ‘I want a detached home in a city that can’t provide it,’ we could run the risk of our worst fear ever: a Vancouver city ending up as a resort city,” Rennie told an audience of over 1,000 at the Hyatt Regency.

“I think Bob Rennie is a decade behind the real problem,” NDP MP Kennedy Stewart told the Observer on Thursday. “I don’t think these people are dreaming about single-family homes on giant lots. They’re just dreaming about getting into any kind of properties at the moment.”

In the talk, Rennie blitzed through 19 “influencers” that were contributing to unaffordability, ranging from media distortion to an increasingly “insular society.”

Affordability being a problem stirs little debate. Since Rennie’s 2014 address to the UDI, the average price of a standard two-storey home reached $1.2 million and the prices for bungalows rose by more than 10 per cent and condos by five. And since 2001, Vancouver housing costs have inflated by 63 per cent, racing ahead wages that grew only 32 per cent, according to a recent Vancity report.

Rennie tackled the issue of buyers from China, whom many believe to have been a driving force in the boom. While journalist Ian Young and David Ley, a University of British Columbia geographer, have pointed to the strong correlations between the movement of wealthy immigrants from China to Vancouver and housing price inflation, Rennie regarded the focus on that aspect of the problem as a racist bogeyman.

He cited figures from a report commissioned by Rennie Marketing Systems that said foreign purchasers represented less than three per cent of buyers at the recent condo developments of Strathcona Village, The Independent and Wall Centre Central Park.

Determining who counts as local only muddies the waters, according to a recent column by Ian Young. He wrote that many of the buyers of homes in the Lower Mainland are legal residents, but the capital they’re investing in real estate is very likely being made overseas.

The issue is only more confounded by the fact that Canada does not collect data on foreign investment into real estate, and Rich Coleman, BC’s minister for housing, has stated the provincial government has no plans to do so, fearing that any kind of interference might negatively affect the market.

So determining whether the ongoing boom is better explained by Rennie’s theory of low supply and high demand or by foreign speculator’s manipulation of markets, from wherever they may originate, hits a wall without data on the flow of capital.

“Those are all good theories. The thing is… you actually have to collect data to test your theories and see if they’re true,” said Stewart, who adding that “it’s really insane” that “we have no idea of what’s going on in our housing markets in terms of who’s investing.”

Vancouver developer pursued by Interpol for corruption in China