Blind sea otter dies in his sleep at Vancouver Aquarium 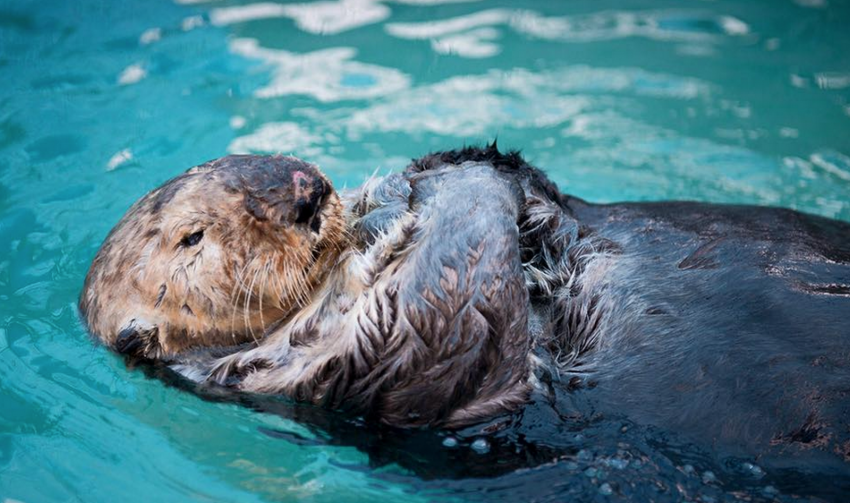 One of the Vancouver Aquarium's favourite sea otters died in his sleep on Wednesday morning.

Walter or "Wally" was a blind otter who had been in the aquarium's care since his rescue in October 2013. He was found off the shores of Tofino with multiple gunshot injuries, and nursed back to stable conditions by veterinarians.

Wally was estimated to be between 13 or 15 years old when he was injured, and was deemed non-releasable at the time by Fisheries and Oceans Canada (DFO). He been under the care of aquarium staff ever since, winning "the hearts of employees, volunteers, and visitors for his easygoing disposition."

"Although Wally's injuries were inflicted by a human, his story shows there are others who will go above and beyond to care for animals in distress," said a Vancouver Aquarium Facebook post notifying the public of his passing. "He will continue to be an inspiration for a lot of people and a terrific example of the great work our rescue centre and animal care team does."

Wally is the second sea otter to have died at the aquarium since October, when "Corky," a wounded rescue animal, passed away after an experimental surgery.