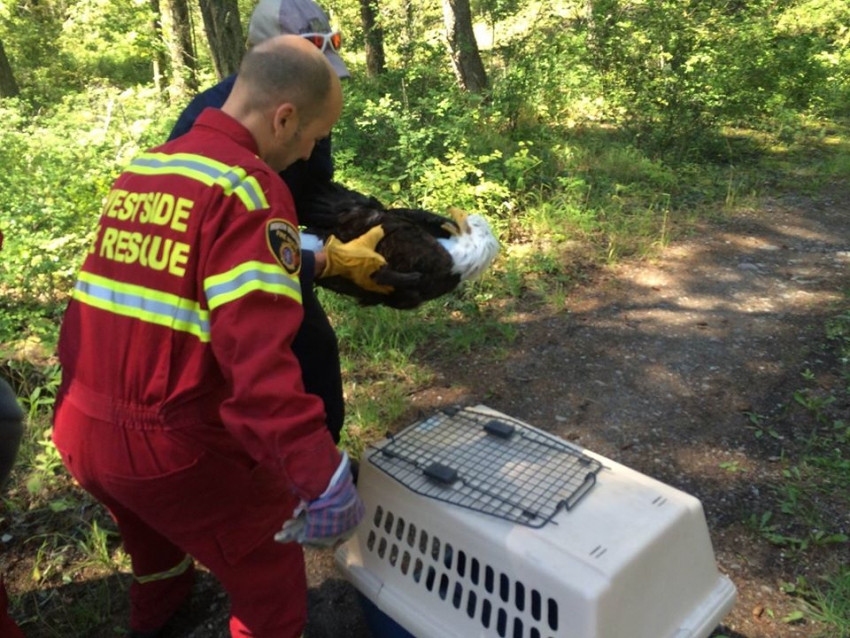 The bird was spotted in distress earlier this week around Killiney Beach, on the west side of Okanagan Lake, south of Vernon.

North Westside Fire and Rescue chief Jason Satterthwaite says his members were called because conservation officers were unable to attend.

Satterthwaite says he wasn’t sure if his members would be covered by insurance during the rescue, but the crew agreed something had to be done.

They consulted a local wildlife expert and followed advice to use blankets to shoo the injured bird into a large dog crate.

Once the eagle was safely inside, Satterthwaite says the South Okanagan Owl Rehabilitation Centre took over but couldn’t see any obvious injuries.

"Feedback from them recently is that it was malnourished for some reason, so it possibly could have been sick.  Maybe it got into some poisoned mice or something," he says.

The rehabilitation centre continues to care for the bird. A possible release date has not yet been set.