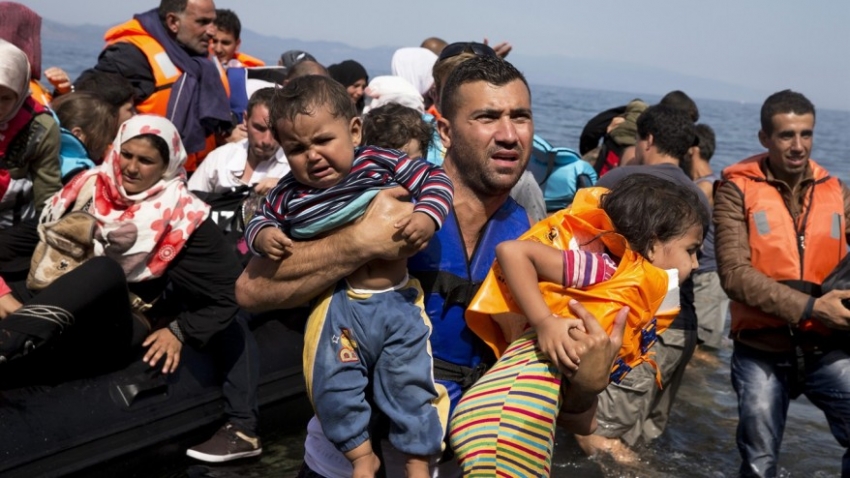 Syrian refugees arrive on the island of Lesbos, Greece, after crossing from Turkey in a dinghy. Thursday, Sept. 10, 2015. (Credit: AP/Petros Giannakouris)

VANCOUVER — Mayors of Canada's largest cities are working to co-ordinate their efforts to help Syrian refugees amid criticism of the federal government's response to the world crisis.

Vancouver Mayor Gregor Robertson is chairman of the Big City Mayors' Caucus, and said the group held a teleconference Friday to discuss the issue.

Robertson said mayors compared notes on what their cities are currently doing to settle refugees and discussed ways to synchronize their strategies.

He said many cities have held town hall meetings in the past week and have seen public interest in refugees skyrocket.

"We've seen packed city halls across the country with people looking for more information on sponsorship or info on supporting refugee organizations," he said in an interview.

"It's been really heartening. It's unprecedented attention on the refugee issue and the activity in our cities is really strong."

While it's up to the federal government to decide how many refugees to admit, Robertson said cities play a key role in settling arrivals.

He said Canada accepted about 20,000 government-assisted refugees a year several decades ago, but now it accepts about 6,900 a year — a number he called "unacceptably low."

Robertson will ask his council to support a motion calling on the federal government to admit at least 20,000 refugees a year by 2020.

"I know many other mayors are advancing motions to call on their councils for more city support and advocacy to the federal government," he said.

"We're comparing notes on the actions we're taking in our cities and how we can ramp those up given the crisis we're facing."

In Toronto, Tory has pledged to host up to 1,000 Syrian refugees in the next two years and will look at creating a housing registry so newcomers can find a place to stay.

He has said the city's role is to prepare for the arrival of refugees, not to lobby the federal government to speed up the process, but there are always ways to be better and faster.