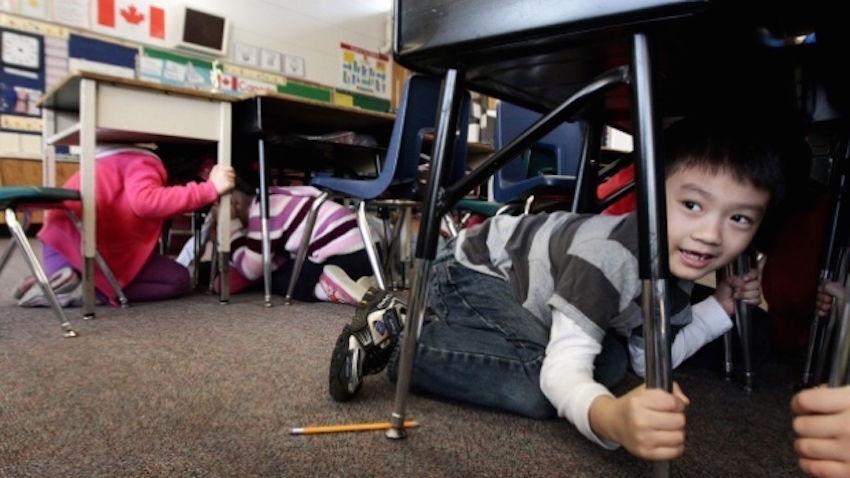 VANCOUVER — Perceived public apathy towards the threat of a major earthquake off Canada's west coast hasn't stopped governments across southwestern British Columbia from quietly earmarking millions of dollars for seismic upgrades and construction in anticipation of the "Big One."

Much of the work is being done incrementally — retrofits dovetailing with routine maintenance, schools being renovated one by one and new construction projects being subject to updated quake-resistant requirements.

Engineer and seismic specialist John Sherstobitoff praised the province on its disaster preparedness, saying the government has learned from the responses of other jurisdictions to earthquakes.

"We're doing pretty well," said Sherstobitoff, who works for global engineering firm Ausenco. "We're doing reasonably well for a province that hasn't had a major, damaging earthquake in this generation."

Scientists have determined the likelihood of another serious quake happening in the next 50 years is one in 10.

Pressure between the two undersea plates of the Cascadia subduction zone, located off Vancouver Island, has been building since the slabs last slipped in a major way in 1700. The ensuing megathrust quake decimated the Pacific Northwest coastline and sent a four-storey tsunami on a nine-hour journey across the ocean before it plowed into Japan.

The occurrence of such a calamitous event nowadays has the potential to destroy not only human life but also the province's pocket book, says the Insurance Bureau of Canada.

It released a report in 2013 that estimated the economic impact of a 9.0-magnitude earthquake hitting B.C. would be a staggering $75 billion.

In the meantime, governments continue to prepare.

The City of Vancouver replaces about 0.5 per cent — or six kilometres — of its water mains a year, switching out brittle cast-iron material with a more resilient ductile iron.

Vancouver is also in the process of assessing its 560 municipal buildings for seismic upgrades. It has whittled down the list to 56 and a city spokesman said the final cut is expected sometime next year.

Across B.C., $2.2 billion in provincial funding has been spent or committed to upgrade or replace 214 of the 342 schools deemed at risk in an earthquake.

Across the Burrard Inlet from Vancouver, a 2015 study focusing on North Vancouver estimated that about 3.6 per cent — or 840 — of the district's 23,700 buildings would be severely damaged or destroyed in the event of a 7.3-magnitude quake in the Georgia Strait.

The cumulative economic loss from building damage and service disruption was estimated at just under $3 billion.

Metro Vancouver has seismically upgraded its water reservoirs and is looking at a program to bring its sewage system up to date.

A spokeswoman from Victoria said the city has managed to protect the historic portion of city hall and its next priority is the fire department headquarters.

Beyond seismic upgrades, some experts argue the province needs to go further with its mitigation efforts.

Ocean Networks Canada spokesman Teron Moore said British Columbia is missing the same kind of offshore early-warning system already in place in Japan and along sections of the U.S. coastline.

Moore attributed the absence of an early-warning system in B.C. to public apathy.

"We tend to put our heads in the sand a little bit," he said about British Columbians, whereas places like Japan with more frequent and severe seismic activity tend to be better prepared.

So far, B.C. has about 100 land and undersea earthquake sensors, a far cry from Japan's approximately 1,000 detection instruments.

Japan's technology is also integrated directly into its infrastructure, said Moore, so when an earthquake is detected not only are emergency personnel notified but trains automatically slow down, gas valves shut off and elevator doors open, for example.

Moore said improving Canada's capacity to detect quakes earlier will require more funding and better collaboration between the various organizations that operate sensors along the coast, such as Natural Resources Canada, the University of British Columbia and the provincial Transport Ministry.

An effective early-warning system could buy valuable seconds or even minutes to prepare before disaster struck, he added.

"Earthquake early warning isn't the solve-all solution for preparedness in British Columbia," Moore added. "It doesn't stop the shaking from happening. There still will be damage. (But) it does help."