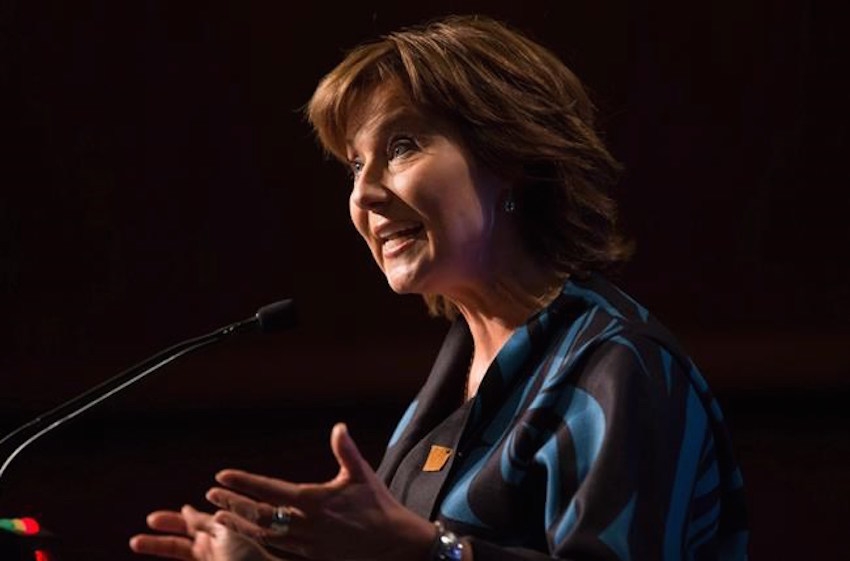 British Columbia Premier Christy Clark is being challenged to reject Kinder Morgan's Trans Mountain pipeline expansion proposal because it can never meet one of her five conditions to support oil pipeline development.

More than 30 environmental, social and aboriginal groups from across Canada have sent a letter to Clark that reminds her that one of B.C.'s conditions for pipeline support includes assurances of a world-leading oil-spill response.

The groups say a study from the National Academy of Science concludes that oil containing diluted bitumen acts differently than other types of crude when spilled.

The study warns diluted bitumen sinks in water and there is no known way to clean up heavy oils that settle to the bottom of oceans, lakes or rivers.

The groups, which include Greenpeace and the Council of Canadians, say Clark must stick to her conditions and reject Kinder Morgan's proposal, even though it is widely expected to receive federal approval by year's end.

In July 2012, Clark set five conditions before oil could be piped across southern B.C. to west coast ports: completion of environmental reviews, cutting-edge land and water cleanup programs, solutions to First Nations issues and a fair share of any profits.

Kinder Morgan's $6.8-billion Trans Mountain pipeline expansion would almost triple the amount of diluted Alberta bitumen being pumped to an export terminal in Burnaby, B.C., and would result in a seven-fold increase in tanker traffic in waters off southern B.C.

"Twenty one B.C. municipalities, 17 First Nations, environmental groups and citizens across the country are opposed to Kinder Morgan because the science clearly shows the oil-spill risk is too great and the impacts too catastrophic," Sven Biggs, a spokesman for environmental group Stand, says in a news release.