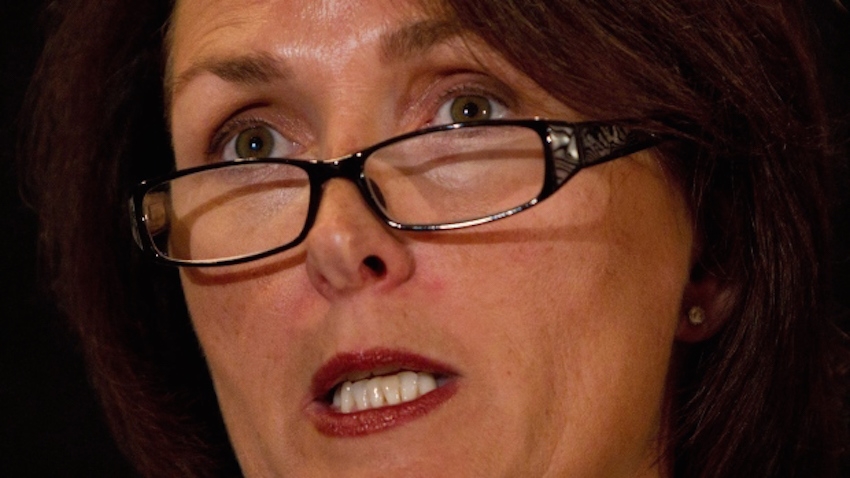 British Columbia's representative for children and youth is urging the province's attorney general to intervene in the case of a Metis toddler being adopted to non-aboriginal parents in Ontario.

Mary Ellen Turpel-Lafond said she is acting on advice from three leading Metis cultural experts and believes that the little girl's heritage has not been given adequate consideration.

In a letter to Attorney General Suzanne Anton, Turpel-Lafond has asked that a decision on the child's placement be delayed for about a month so full indigenous consultation can take place.

"After the Truth and Reconciliation Commission, we're supposed to be in an era of reconciliation, of listening and changing how we do child welfare," Turpel-Lafond said in an interview.

"I don't think this case represents anything changed about child welfare. This is old-school child welfare, where you have a shutdown on the aboriginal viewpoint and you are not actually embracing them."

The nearly three-year-old girl has been in the care of a Metis foster mother since she was two days old. Last week, the Vancouver Island woman and her husband lost a bid to adopt the toddler in the B.C. Court of Appeal.

The Ministry of Children and Family Development removed the girl from the couple's home on Sunday and plans to move her next week to Ontario to live with the adoptive parents and her older sisters, whom she has never met.

None of the parties can be named because of a court-ordered publication ban.

The emotional case has sparked anger from aboriginal leaders. The B.C. Metis Federation has compared it to the Sixties Scoop and has joined the foster parents and birth parents in challenging it in B.C. Supreme Court.

Tony Belcourt, former president of the Metis Nation of Ontario, said in an interview that placing aboriginal children in non-aboriginal homes is "cultural genocide" and must stop.

"There's going to be a hue and cry across the country from Metis, First Nations and Inuit people about this kind of practice. We're going to fight it and we're going to put a stop to it one way or another."

The ministry said it must obtain approval from a committee of Metis, First Nations and child welfare representatives before placing an aboriginal child in a non-aboriginal home.

It also must develop a "cultural safety plan" with input from the Metis Commission for Children and Family Services of B.C., as the designated Metis representative in the child-welfare system.

The plans require adoptive parents to establish relationships with the aboriginal community, enable visits to the child's traditional territory and integrate aboriginal heritage into their home and family life, according to ministry guidelines.

Turpel-Lafond said she has seen the cultural plan for the little girl and it was weak, developed without Metis expertise and relied on stereotypes.

She is calling on Anton to review how B.C. child welfare laws and policies can be interpreted to give due consideration to indigenous expertise. She wants the province to listen to the input of three experts who approached her office.

The experts are: Maria Campbell, an acclaimed Metis writer and member of the Order of Canada; Nicholas Vrooman, a folklorist and historian from Montana; and Paul Chartrand, a retired law professor who participated in talks on the United Nations Declaration on the Rights of Indigenous Peoples.

The province said it had received the letter from Turpel-Lafond and would review it.

The heartbroken foster parents have argued that they already had a "custom adoption" of the little girl according to aboriginal laws, which they say are protected by the Constitution.

They have sought leave to appeal to the Supreme Court of Canada.

Reached by phone in Winnipeg, Chartrand said he hoped B.C.'s attorney general would "do the right thing" and follow Turpel-Lafond's recommendations.

"I am prepared to assist this family with this little girl," he said.

"What needs to be done is for the government to adopt procedures that are appropriate, that comply with the law of the Constitution as well as the law of British Columbia."