If conditions worsen the province may temporarily suspend water usage and water licences in affected watersheds. 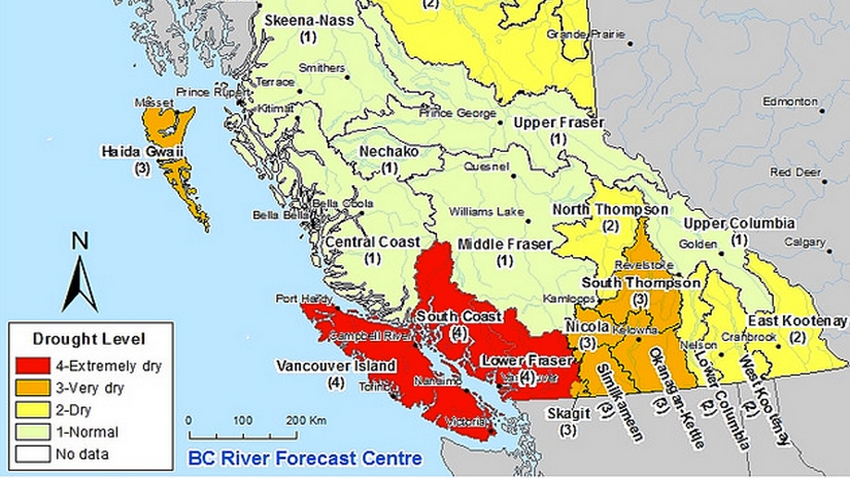 The provincial government says the Lower Fraser and south coast areas have been upgraded to drought level four.

Forests Minister Steve Thomson says conditions are likely to become even drier before the weekend.

Thomson says that if the situation worsens the province may temporarily suspend water usage and water licences in affected watersheds, though so far no regulations have been introduced.

Low flow and water temperatures peaking at 25C degrees have led the government to impose fishing restrictions on nearly 100 rivers across the province, mostly on southern Vancouver Island, the Kootenays and the Okanagan.

Metro Vancouver's Water Shortage Response Plan was set at Stage 2 last week. Residents can water their lawns just once a week and conditions may be imposed on how residents can wash their cars and use pressure washers. Non-compliance is now more likely to result in a ticket carrying a fine of $250 than a warning.

The number of wildfires burning in the province has dipped to 175 though a campfire ban remains in place across B.C., with the exception of Haida Gwaii and the fog zone.