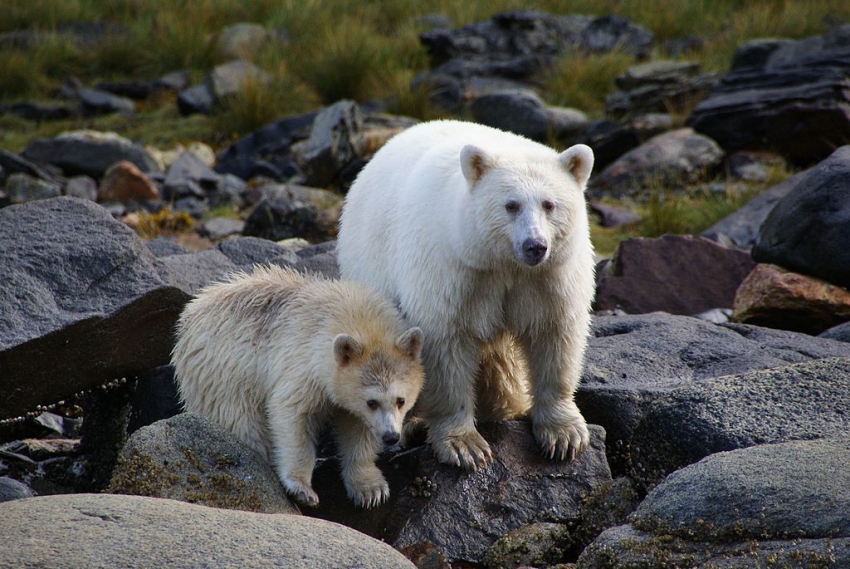 The Great Bear Rainforest's white kermode bear, widely known as the spirit bear, has become the symbol of the pressing need to protect the area's unique and pristine qualities.

VICTORIA — British Columbia has introduced legislation to halt logging in much of the Great Bear Rainforest, the world's largest intact temperate rainforest.

Forests Minister Steve Thomson says often-opposing groups in B.C. can now co-exist as they share and preserve the riches of a global treasure, located about 700 kilometres north of Vancouver.

The government announced a landmark agreement last month to protect the area after 20 years of talks with industry, First Nations and conservation groups.

The deal protects 85 per cent of the 6.4-million-hectare area that stretches from the Discovery Islands on Vancouver Island northwards to Alaska.

Anti-logging protests during the 1990s drew worldwide attention, forcing the parties to compromise and reach an agreement.

The Great Bear Rainforest's white kermode bear, widely known as the spirit bear, became the symbol of the pressing need to protect the area's unique and pristine qualities.

BC gov't invites letters on Great Bear Rainforest land use