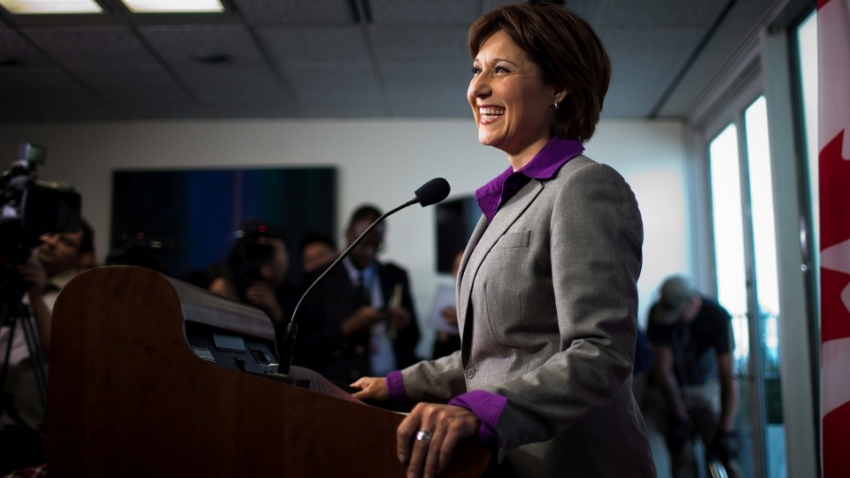 "I have heard from you loud and clear that you see reconciliation as something unique to your communities," she said at the conclusion of a two-day gathering in Vancouver. "We need to go down the path of reconciliation."

Clark said she wants First Nations communities to share their unique visions of reconciliation during what will be ongoing talks with her government over the next year.

"I want you to make sure that document comes alive," she said. "Reconciliation means a shared vision of the future."

Hundreds of First Nations leaders approved a document that is viewed as a road map for future economic, social and legal relations between aboriginals and the B.C. government.

First Nations Summit Grand Chief Ed John said reconciliation issues can't be solved after two days and the road ahead may be bumpy, but all sides are willing to build a path forward.

"Reconciliation doesn't happen in a ballroom in a hotel in Vancouver, but you can set the framework for what happens in the communities," said John.

"A year ago, the premier said we are at the forks in the road," he said. "I think we're still there."

Clark focused much of her address on child welfare issues plaguing First Nations communities. She said too many B.C. First Nations children are in government care.

She pledged to hold a provincial meeting to discuss aboriginal child issues in the coming months. The premier also vowed to ensure the federal government will send representatives to next year's chiefs gathering.

Aboriginal leaders served warnings on Wednesday that court battles and protest camps loomed if the government did not support a meaningful reconciliation proposal.

Energy Minister Bill Bennett said he believes First Nations, governments and resource developers would rather be working together to create employment than fighting land battles in court.

"You need a road map to guide us as we go forward, and we do need to go forward," said Bennett. "Government and First Nations and the public should take comfort in the fact that progress, however incremental it is, is being made."