Buildings account for 29 per cent of B.C.'s energy use and 12 per cent of greenhouse gases. 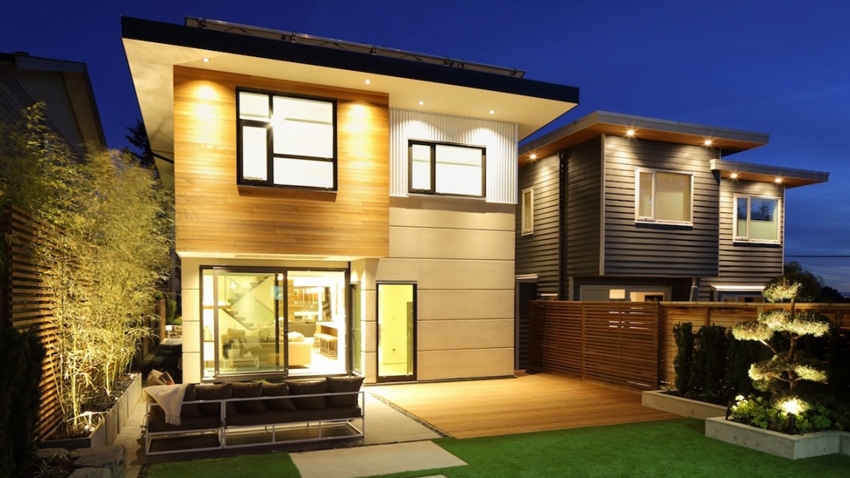 One of the first net-zero homes in B.C., the Midori Uchi in North Vancouver, made headlines for producing more energy in a year than it consumes. The builder, Naikoon Contracting, made more headlines this spring by winning four Georgie Awards including 2014 Custom Homebuilder of the Year. Photo from company website

Clean energy experts are putting the B.C. government’s feet to the fire after learning that “net-zero” buildings are within its reach, but remain unsupported by weak provincial energy policies.

The Pembina Institute, a Vancouver-based think tank, teamed up with the Pacific Institute for Climate Solutions (PICS) to produce two reports examining B.C.’s energy-efficient building regulations, and paving the pathway to meeting its energy-efficient ambitions.

Net-zero buildings, which produce at least as much energy as they consume, will play a key role in helping the province meet its climate targets, they said, but cannot become a province-wide reality without stronger commitment from governments.

“If energy requirements for B.C. buildings continue at current pace, we will not see net-zero buildings before 2050,” Josha MacNab, B.C. director of the Pembina Institute, told the Vancouver Observer. “This would put us at least 20 years behind schedule if we expect to be able to tackle climate change in a meaningful way.”

In 2008, the province took initial steps towards net-zero buildings by introducing an energy-efficient building strategy, and in 2013, it signed a non-binding commitment to “lead the way for ‘net-zero’ buildings."

As of today however, no hard target dates have been set, and MacNab believes these efforts fall short.

“To date B.C. has seen some improvements in energy efficiency in the building stock, but we do need to see a ramp up in the scale of that effort,” she said. “Using net-zero as a target for where B.C. should be heading seems to make sense.”

The Pembina Institute and PICS are now calling on the province to adopt stricter energy efficiency policies as it develops a new Climate Leadership Plan to meet 2020 and 2050 emissions-reduction targets.

According to the reports' findings, tools that would support net-zero buildings include: