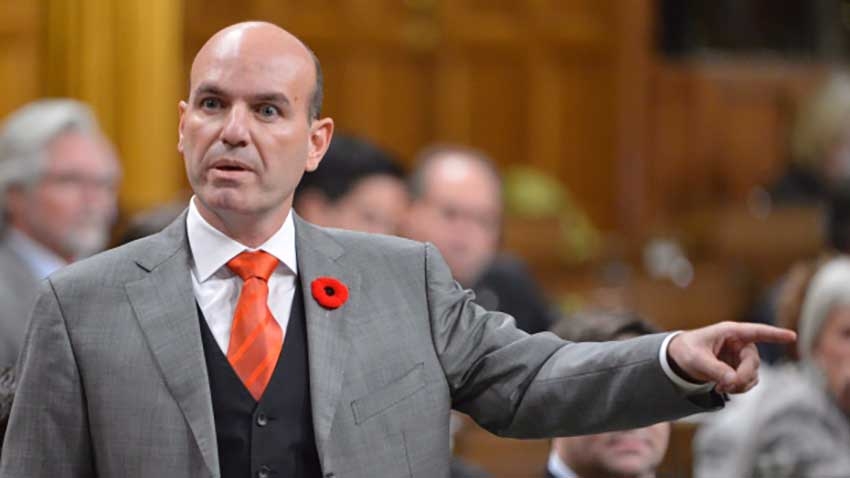 Nathan Cullen in the House of Commons. Photo by The Canadian Press.

OTTAWA — Veteran British Columbia MP Nathan Cullen is contemplating whether to mount a bid to succeed Tom Mulcair as the leader of the federal New Democrats.

Cullen, first elected in 2004 to the sprawling northwestern B.C. riding of Skeena—Bulkley Valley, said he is in the process of discussing the possibility with members of his family.

"I'm still at the stage of absorbing this reality," Cullen said in an interview with The Canadian Press.

"This was unexpected from my perspective. I do know whoever takes this on, that it is a significant commitment obviously and one that will be over a number of years."

Cullen said he supported Tom Mulcair's bid to remain leader and was taken aback Sunday when delegates at the party's convention in Edmonton voted to replace him.

"When asked about it over the last number of months, it was a very consistent 'No,' because I thought what would happen on Sunday was a continuation of Tom's leadership so people were asking me to speculate on something that was years off," he said.

"Now that it has been suddenly and surprisingly pushed forward, I have to reconsider my thinking on it."

Cullen said in the wake of Sunday's vote, his immediate focus was on the leader and his family.

"There was a resignation to what had happened and I think a great deal of respect for why people (voted) the way they did, regardless of whether it was a yes or a no," he said.

"I don't see damage done and I think Tom's grace and dignity in ... his concession speech was the first step in ensuring that unity was in fact in practice."

The party also agreed Sunday to hold a leadership race within the next 24 months, but Cullen said he doubts it will take that long.

Mulcair is scheduled to meet with his party's caucus Wednesday for the first time since Sunday's vote.

The team knows a thing or two about difficult conversations, said Cullen, noting in particular the aftermath of the death of former leader Jack Layton in 2011. The meeting will be compassionate and respectful, he predicted.