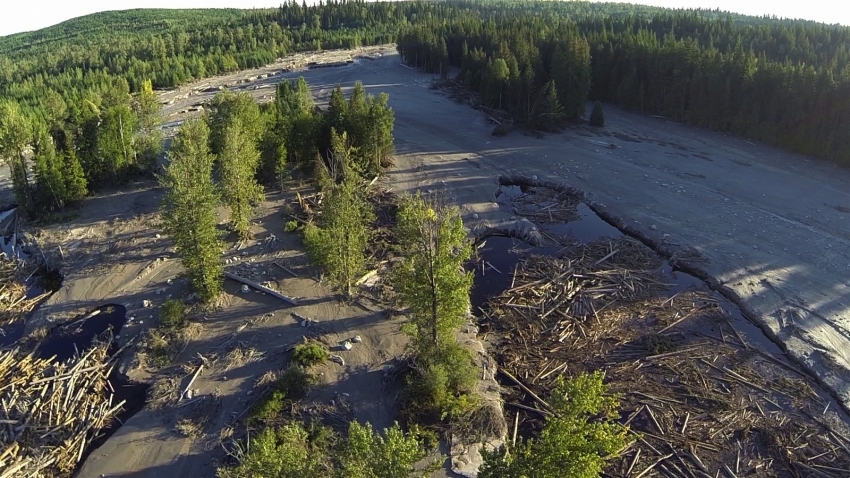 VICTORIA — Operators and engineers at the Mount Polley mine were over confident in the design of a tailings-storage facility that collapsed and created an environmental disaster, says British Columbia's chief inspector of mines.

"There were no non-compliance (issues) that we could find," Hoffman told reporters. "That doesn't mean there won't be in he future. We're going to tighten up our regulations and improve our oversight."

Hoffman's report into the Mount Polley disaster makes 19 recommendations, including that all mines with the same storage facilities employ designated mine-safety managers and staff to oversee the management of tailings.

The disaster and the 15-month investigation, the largest and most-complex mining probe in B.C. history, has taken its toll on him personally, said Hoffman.

"It's been the most difficult period of my entire career, to be blunt," he said.

"It's something I never hoped would happen on my watch. Now, I feel very strongly that we have the recommendations going forward that we can, to a large extent, prevent this from ever happening again."

An independent panel of engineering experts appointed by the B.C. government reached similar conclusions about the cause of the tailings-pond breach last January.

Both reports found the spill was caused by a poorly designed dam that didn't account for drainage and erosion failures associated with glacial till beneath the pond.

"The root causes of the event were organizational," Hoffman said. "My report describes how a mistaken belief in the foundation characteristics led to a design of a dam that was inadequate for its location."

Hoffman's report said the company and its engineers "did not fully recognize and manage geotechnical and water management risks associated with design, construction ... and operation of the tailings storage facility."

Mines Minister Bill Bennett said he accepts the report's recommendations and plans to introduce legislation that cracks down on companies that do not comply with mining regulations.

"I hope to be taking legislation forward in the spring that will authorize administrative penalties under the mining legislation so that we can levy penalties easily, quickly when necessary, and that obviously will help us in terms of compliance," he told reporters.

Bennett said Hoffman's investigation confirms that weak practices at a mine site increase the risk of failure and environmental consequences.

"This is unacceptable," he said in a statement.

He said neither the government nor the company is being held accountable for a disaster with environmental, social and economic impacts.

"This is business as usual," he said. "Nobody's responsible for what went wrong here."

Last month, the province granted Imperial Metals a short-term permit to discharge treated water from a Mount Polley storage pit into nearby Hazeltine Creek and through a pipeline into Quesnel Lake.

Williams Lake Mayor Walk Cobb said the permit allows 200 people at the mine to continue working and could result in up 170 others being recalled to the site.

Imperial Metals Mount Polley disaster could cost $500 million, but bonds only a fraction of this amount