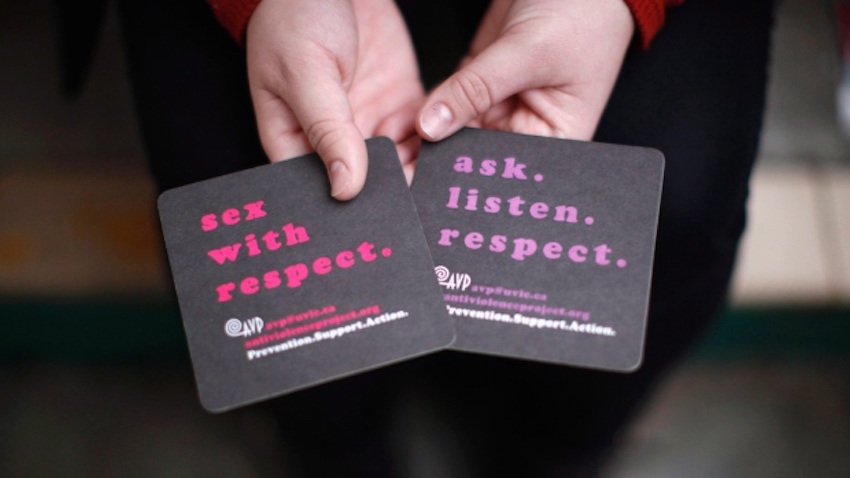 British Columbia has introduced legislation requiring universities to have sexual misconduct policies in the wake of allegations that schools are failing survivors of campus violence.

The province tabled a bill Wednesday to compel post-secondary institutions to write and maintain policies to prevent and respond to sexual misconduct, including sexual assault, harassment and voyeurism.

"The thing about rape and sexual violence is that silence is the best friend of any rapist, and shame is their second-best friend," Premier Christy Clark said outside the legislature.

"Women need to know that we will always be safe when we report. We should never be discouraged from doing that. It's especially important for young people on campus who are starting their lives out of high school and into the adult world."

The Sexual Violence and Misconduct Policy Act would come into effect one year after royal assent, giving institutions time to establish policies. The law would also compel universities to craft policies with input from students and review them at least once every three years.

The law is based on a private-members bill introduced by Green party Leader Andrew Weaver, who modeled it after recently-adopted Ontario legislation. If B.C.'s legislation passes, it will become the second province in Canada to mandate campus sexual assault policies by law.

The bill introduced by Clark's government expands Weaver's definition of sexual violence to include non-consensual distribution of sexually-explicit photos and videos, as well as the threat of sexual misconduct.

"The changes, in my view, that happened to the bill actually enhanced the bill," Weaver said outside the legislature.

The government removed two notable sections from Weaver's bill — one, to compel universities to collect detailed sexual assault data, and two, to request the lieutenant-governor create penalties for non-compliance.

Weaver said in an interview these sections were stripped because there are already legal mechanisms for the minister to request information from institutions and impose financial penalties.

Advanced Education Minister Andrew Wilkinson said in the legislature that universities would be required to report sexual misconduct incidents "on a regular basis."

"We'll have an obligatory reporting relationship with the universities and colleges," he added outside the legislature. "Of course, that may not discover every event on campus, but we want to get the best available information so that survivors and victims can come forward in confidence."

Clark said she expects the numbers of reported incidents to go up in the first few years after the law comes into effect, because more students will be reporting. But she hopes the data sparks a public conversation that leads to change.

"We should be outraged about the numbers of sexual assault and sexual violence that happens on campuses, not just here but all across the country, and we have to do something about it."

But Glynnis Kirchmeier, a former University of British Columbia student who filed a human-rights complaint over the school's handling of sexual assault reports, said the bill doesn't include enough specific language to address her concerns.

UBC has begun working on a stand-alone sexual assault policy. Many universities in Canada still lack such policies, which advocates say are crucial because they set out reporting procedures and support services for survivors.

Kenya Rogers, director of external relations at the University of Victoria's student society, said the bill was a "big win" for institutions and students across B.C., even if it was missing some of the language of Weaver's proposed bill.

"By actually mandating that all the institutions across the province have to engage in this process, and a process that consults the students, we're beginning something that can actually see some real change."