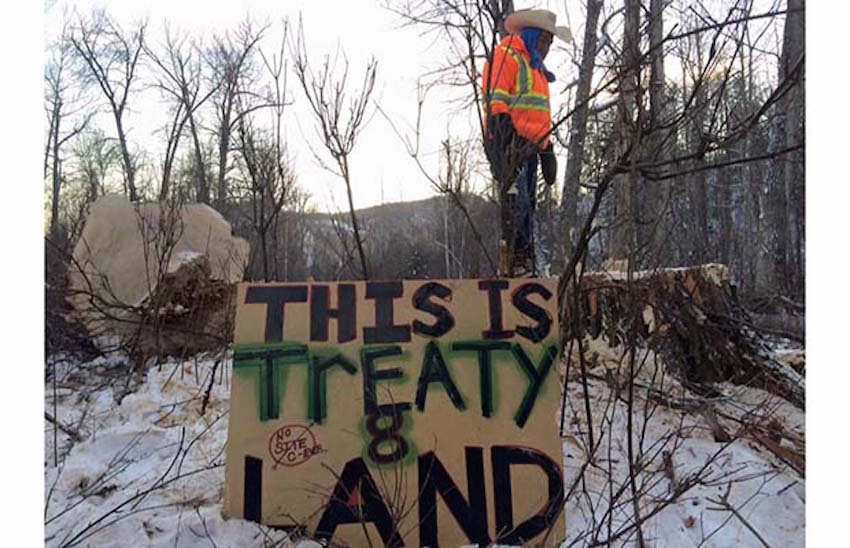 Protesters have obstructed work on the Site C dam since late December 2015, preventing workers from clearing the area for construction, and even building camp fires near tree-felling and excavation operations. Photo by HO-Verena Hoffmann , The Canadian Press.

VANCOUVER — A judge has granted BC Hydro an injunction to remove people protesting the Site C dam project at a tent camp near Fort St. John.

The ruling means demonstrators have no right to obstruct the hydroelectric project, which has regulatory approval from both the federal and provincial governments.

The utility argued last week that the actions of a group of Peace Valley farmers and First Nations were illegal and could cost millions of dollars.

BC Hydro lawyers told court the protesters set up camp in late December and have prevented workers from clearing the area for construction, even building camp fires near tree-felling and excavation operations.

Yvonne Tupper of the Saulteau First Nations said outside court that BC Hydro is violating Treaty 8 Tribal Association's rights and that the project should be put on hold while legal challenges make their way through the courts.

The $8.8-billion dam will flood agricultural land and First Nations archeological sites, as well as hunting and fishing areas.