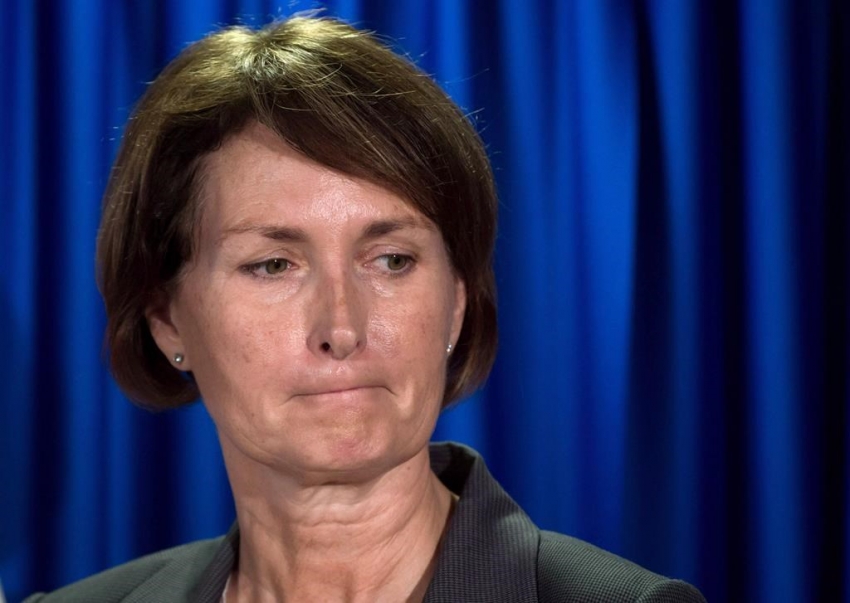 Mary Ellen Turpel-Lafond, B.C.'s first representative of children and youth, has come to the end of her 10 year appointment. Photo by The Canadian Press.

The woman who has been watching out for British Columbia's children and youth for the last decade used her final report to urge the province to be accountable and focus on children.

Mary Ellen Turpel-Lafond was a fierce advocate for vulnerable young people, and often a thorn in the side of the B.C. government, and she didn't hold back as she delivered her parting words on Monday.

"There is no resource more precious in B.C. than its children. Few would argue that and yet children have not been the focus of government in B.C. for many years," she wrote in a report reflecting on the 10 years her office has existed.

"This government must work on its ability to own up to its shortcomings and address them. B.C.'s children deserve that much."

Turpel-Lafond, a former Saskatchewan provincial judge, was appointed B.C.'s first representative of children and youth in 2006. During her tenure, she released dozens of reports that shed light on the experiences of young people in government care and forced action from the province.

Her replacement has not yet been announced.

Turpel-Lafond's final report, "10 Years of Advocacy: Representative's Report Card," detailed a number of her office's accomplishments. The number of children in care has been reduced, from 9,097 in 2006 to 7,198 this year. Education outcomes have also improved, with 50 per cent of children and youth completing high school within six years in 2015, up from 27 per cent in 2007.

But she also noted the percentage of aboriginal children and youth in care has increased significantly, from just over 50 per cent in 2006 to 61 per cent this year. She urged both the federal and provincial government to do more to help young indigenous people.

Turpel-Lafond also called for greater investments to help youth who "age out" of care when they turn 19. The province has yet to act on one of her key recommendations that foster care be extended on a case-by-case basis up to age 25 for young people attending university or apprenticeship programs, she wrote.

A government-wide children's plan, which would encompass various ministries including Health, Education, Justice and Aboriginal Relations and Reconciliation, is also needed, she wrote.

Finally, she called for the B.C. government to show greater accountability on children's issues.

The Ministry of Children and Family Development's budget has often been "starved," with a reduction of $100 million between 2008 and 2014 when inflation was taken into account, she wrote.

Minister Stephanie Cadieux has also recently shown a reluctance to work with Turpel-Lafond's office, refusing to meet with the representative over the past year despite a mandate to meet a minimum of four times per year, the report added.

Cadieux issued a statement thanking Turpel-Lafond for her service. She said the ministry has addressed more than 70 per cent of her recommendations, with the rest either under way or in development.

"We have always been united in our desire to make things better for vulnerable children and families, even though we may not have always agreed on how best to improve B.C.'s child welfare system," she said.

Grand Chief Doug Kelly, president of the Sto:lo Tribal Council, said Turpel-Lafond was a "tireless, relentless advocate for our most vulnerable children and families."

"She often told truths in a very straight-up, very honest way and often they were difficult to hear," he said. "But it's a truth we needed to hear. And she will be missed."