B.C. boy with mysterious broken bones returned to parents after abuse ruled out 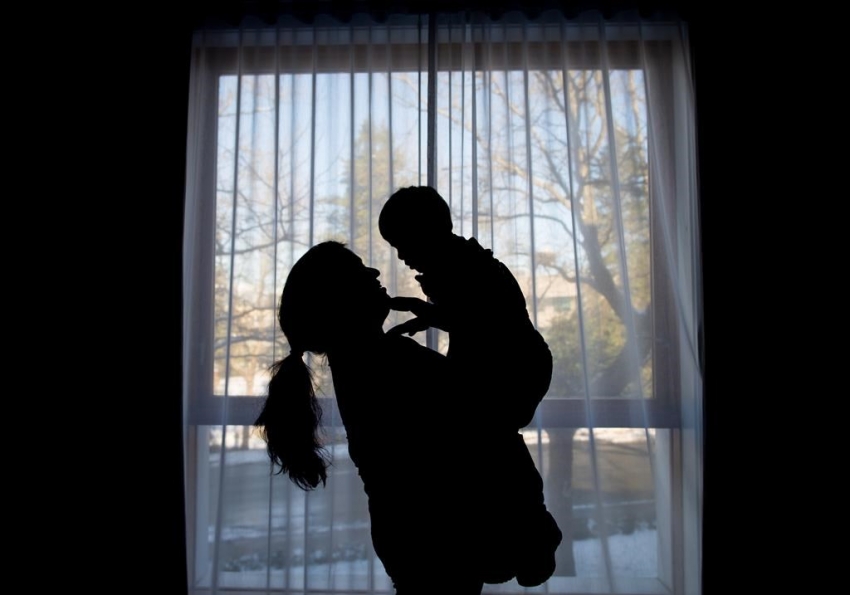 Mother holds 5-year old son who was returned to his parents' custody after it was discovered the broken bones he suffered were due to a rare genetic disorder. Photo courtesy The Canadian Press.

While watching their son and daughter play in a home near Vancouver's children's hospital, a couple from northern British Columbia received the news they had been praying for.

The Ministry of Children and Family Development had seized their two children for the second time in October, because their five-year-old son kept suffering unexplained broken bones.

During an interview, the father read an email from their lawyer out loud. It said the ministry was officially returning the kids to their parents' care.

"They state there's no reason for the director's continued involvement," the father read, his voice trembling with excitement. "They are, as of 9:15 a.m. this morning, out of your lives."

His wife began to shake with sobs as the two embraced for several seconds. Their children, normally noisy and rambunctious, fell silent and stared at their parents curiously.

"It's a relief," said the mother through tears. "I was starting to get really bad anxiety ... We feel like we're set up for failure."

The aboriginal couple's ordeal reveals gaps in social and medical services in B.C.'s north as well as possible institutional racism, an Opposition member of the legislature said.

The family's joy is also bittersweet — the boy is still being tested for genetic disorders, some serious and frightening.

The parents and kids cannot be named because former wards of the province cannot be identified.

Court documents say that on Nov. 30, BC Children's Hospital informed the ministry they had found evidence of the boy's bones deteriorating with microfractures during the four weeks he had been in foster care in Vancouver.

The boy suffers from a rare genetic disorder, which is the reason for his history of recurring bone fractures, and the breaks are not the result of abuse, the documents say.

The ministry immediately returned his eight-year-old sister, who had been staying in foster care in northern B.C., to her parents. On Sunday, it paid for the family to fly down to Vancouver to stay with the boy while he's tested at the children's hospital.

Still, on Tuesday, as the parents waited for the ministry to formally withdraw from the case, they were nervous. The first time the ministry seized their kids in July, they returned them in September only to remove them again in October.

The mom said doctors are testing for several possible disorders, including a rare form of brittle bone disease, and a condition called hereditary sensory and autonomic neuropathy, which inhibits sensitivity to pain.

She also said the hospital is working to get her son tested for autism soon. Autism has long been suspected, but the boy has been stuck for months on a BC Autism Assessment Network wait list.

The little boy was bursting with energy on Tuesday as he and his sister played with blocks and puzzles in the home where his family is staying. He sprinted between rooms, despite the deterioration of bones in his feet, and climbed onto furniture and his parents' laps.

"Mom, dad, look!" he squealed often, showing off his block-building skills with a wide smile.

Doug Donaldson, an Opposition NDP member of the legislature who knows the family, called for a "transparent, public investigation" into the case, as it raises questions about a lack of services in the north and potential institutional racism.

"These are the kinds of questions that need to be investigated and answered so that this kind of situation doesn't happen to other families," he said.

He said the best person to investigate is the province's child representative, Bernard Richard.

Richard said his office will review the "quite unusual" case and release findings in the new year.

But Richard said it's important to always err on the side of caution, and the cause of the boy's fractures was unclear before a rare disorder was confirmed. He added he was satisfied the ministry quickly returned the children and offered support once it received this confirmation.

"You always wish that it's either black or white, but in this case there's a lot of grey area," he said.

The ministry said it cannot speak about specific cases, but its primary guiding principle is the safety and well-being of children. When a medically-fragile child is returned after being in care, it may continue to offer support to the family, it said.

Note to readers: This is a corrected story. A previous version said the Children's Ministry paid for the family to fly to Vancouver on Monday.