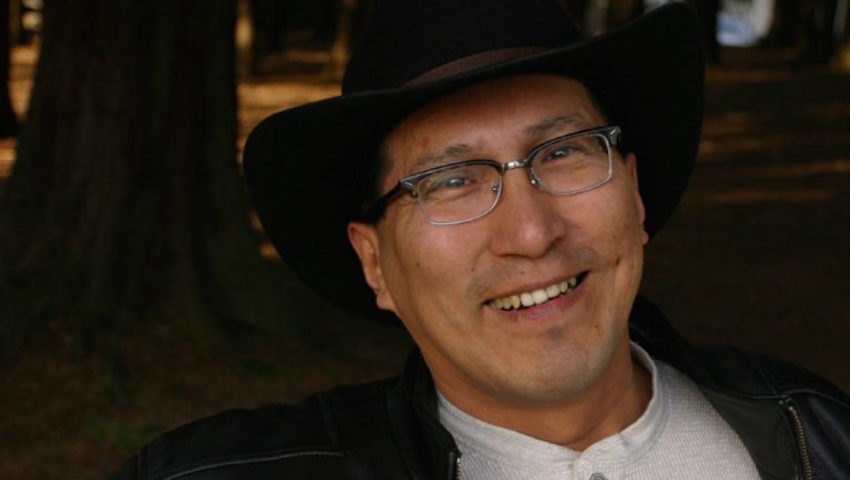 An acclaimed indigenous writer is being remembered not only for his work that reflected on the legacy of the residential school system, but for his generous and loving spirit.

Family members confirm author and journalist Richard Wagamese died Friday afternoon at his home in Kamloops, B.C. He was 61.

Wab Kinew, a writer and a member of the Manitoba legislature, said Wagamese became his mentor after the veteran author reached out on Facebook, offering to guide him through both the craft and business of writing.

Kinew said he was floored, as he was already a fan of Wagamese's work.

"To have a hero reach out and basically step into a mentoring role, I think that's a powerful example of how we should all be. We should all seek out people we can help the way that he did," Kinew said.

Wagamese was a guest lecturer at the University of Victoria in 2011, and a regular speaker at various schools and writing workshops.

"I think he was very generous and kind with others. As much as it is sad to see that he left us too soon, it's also very powerful to see the impact he had on so many people in life," he said.

Wagamese's novel "Indian Horse" was a finalist in CBC's Canada Reads in 2013. The story, about a boy abused in the residential school system who finds his release in a love of hockey, is being adapted for a movie.

Shelagh Rogers, host of CBC's "The Next Chapter" and a close friend of Wagamese, said the book explained residential schools in a new way.

"I think it has persuaded many people that this was a terrible time in our history, that this really was the dark shadow and that its history is still alive," said Rogers, who called Wagamese her "chosen brother."

Wagamese began his writing career in 1979 as a journalist. In 1991, he became the first indigenous writer to win a National Newspaper Award for column writing.

He has also won the George Ryga Award for Social Awareness in Literature for his 2011 memoir "One Story, One Song," the Canadian Authors Association Award for Fiction for his novel "Dream Wheels" in 2007 and the Alberta Writers Guild Best Novel Award for his debut novel "Keeper'n Me" in 1994.

His latest book, "Embers: One Ojibway's Meditations," was recently short-listed for a B.C. Book Prize. Rogers said Wagamese had been working on a sequel to his 2014 novel, "Medicine Walk."

"I just know there were so many more stories to come," she said.

Wagamese's niece Rhonda Fisher said his works were also greatly influenced by his own childhood experiences. She says he was removed from his family by the Children's Aid Society as part of the '60s Scoop and ended up in foster care in southern Ontario.

Fisher said members of the Wabaseemoong Independent Nations "looked up to him and we were really, really proud of him."

Kinew said that part of what makes Wagamese's work so important is that it shows the everyday life of a First Nations man in mainstream, modern society.

He reflected on his favourite of Wagamese's work, the novel "One Native Life."

"He's not carrying the burden of 500 years of native American history," Kinew said. "He's just an average guy, doing his dishes, living his life. And in that simplicity he showed a more three-dimensional and a more rendered view of what native life is in our country or what it could be."

"We lost a great storyteller and he will be sorely missed," Bellegarde tweeted.