Architect Innes Yates shows off Vancouver's newest arts space, the first of its kind in the city. 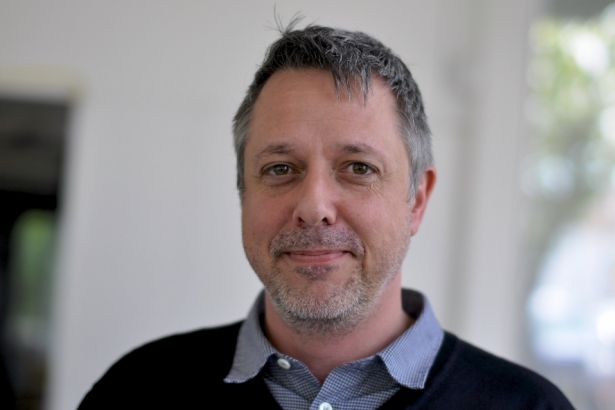 Vancouver is a city paralyzed by its own natural beauty, says architect Innes Yates: “We lack spaces where things can happen.” Our overall identity is not an urban one, despite the use of the word “urban” in so many local businesses.

In looking to the mountains, we’ve mostly forgotten to pay attention to the city itself. One result is an arts scene in dire need of usable space. As the principal of bnode Architects, Yates is part of the battle to change that as he brings the Arts Factory to life in a rundown building at the edge of Mount Pleasant. What's more, he's a Vancouverite who is actually designing for Vancouver.

“We’re working with people who are actually making professional art," says Elia Kirby, President of the Arts Factory Society. “In Vancouver, in Canada, we’re kind of naive when it comes to this.” Real artists spend most of their time and energy out of the public eye: “ They’re building, they’re trying to make a fucking living... It’s a trade. hence the name ‘Arts Factory’.” 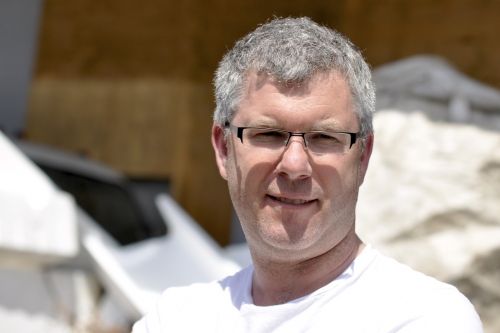 The smell of sawdust and machine oil: if you’ve ever worked in the arts, this smell will be as much of a trigger as the smell of coffee or pizza. That, and not a swirling glass of red wine on opening night, is what a life of the arts is all about.

In a way, that ethos has sparked some pushback to Yates’ design: it looks too professional, too purpose-built.

If your only experience with the arts industry has been watching “Fame”, then you may think that artists aspire to work in rundown warehouses with exposed brick and rattling pipes. This, of course, is not true; but rarely do we have an option. This starving-artist image has been digested and regurgitated back to audiences across just about every discipline. Gagosian Gallery in New York City is one of countless examples of this: polished and lacquered, but clearly evocative of SoHo’s seedy warehouse past.

If this all sounds a bit Williamsburg, it's because Yates has pre-hipster cred: not just a spectator, he was hands-on in converting neglected buildings into art and live-work spaces while living in turn-of-the-new-century New York.

“You have the fact that density equals dollars, both for the development industry and for the City.” If looked at through that economic lens, then it’s no surprise that old auto-body shops are replaced by hives of condos, but there are other ways of looking at urbanity and urbanites: citizens as active participants in citymaking, not just as consumers.

The Arts Factory is at 281 Industrial Avenue, just off Main Street. The building, which is owned by the City, takes up the whole block. Currently it’s divided into three chunks. The westernmost section is currently vacant. The middle section is currently full of old motel furniture, organized into vast piles. The Arts Factory occupies the easternmost section. “The City has hired another architect to hire just the base building repair,” says Yates.

The building dates back to World War II, with largely-undocumented repairs and renovations going into the Fifties and Sixties. Yates says that it functioned as a cardboard-box factory. The exterior is chipped away in places, and the electrical system is a tangled quagmire of nonsense.

After Vancouverism: a conversation with Larry Beasley at the Gwerk Salon