Just a pile of ugly garbage to you and me.  Huge money to one lucky player.  Maybe. Third in a three-month series. 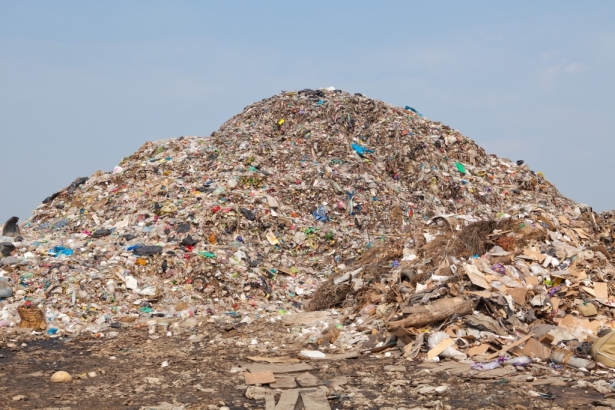 Mountain of garbage. Photo from Bigstock.com

Francesco Aquilini’s Vancouver Canucks may be struggling on the ice, but the notoriously private BC family is hoping to score big when it comes to burning metro Vancouver’s garbage.

“No comment,” says Aquilini Renewable Energy president John Negrin in response to inquiries about the company project from The Vancouver Observer. “Metro (Vancouver) is very strict on the project and we really can’t comment on any of that.”

Aquilini Renewable Energy is one of nine companies in the running to build and operate a new $480 million waste-to-energy (WTE) plant that could burn up to 370,000 tonnes annually of metro Vancouver’s future garbage.

The incineration plan is part of an overall regional solid-waste strategy that some call a growing monopoly for Metro Vancouver. Critics say small players with innovative recycling plans are being pushed out, big companies are moving in and the opportunity for private enterprise to take the lead in recycling is being crushed through new bylaws and incineration plans. Metro Vancouver deny they are doing any such thing, but admit the issue has become very contentious.

“When you have big decisions such as this, you have to expect that various parties have their own points of view and they want to share those points of view,” says Metro Vancouver Zero Waste Committee chair and Richmond mayor Malcolm Brodie.

The Aquilini company plans call for a waste-to-energy plant on Squamish First Nations land in Port Mellon on the Sunshine Coast. It proposes to use energy generated by incinerating Metro Vancouver’s garbage to grow algae, create biofuel and inject carbon dioxide into local greenhouses to help grow plants

The company’s project manager did speak publicly to Metro Vancouver’s Zero Waste Committee in November about their proposal.

“It’s one that Aquilini in particular is well-positioned to execute on...,” said Ben Horowitz, Aquilini Renewable Energy project manager. “We and our project partners have approached this project with openness and transparency from the start, whether that is engaging directly with Metro Vancouver and its governing body, or prospective partners, First Nations communities, local communities, other jurisdictions.”

Scoring the incineration deal could prove as difficult as the Canuck’s power-play scoring a goal.

Lining up against incineration are the cities of Coquitlam and Vancouver, which is aiming to be the greenest city in the world by 2020. Also opposed is the Fraser Valley Regional District which has launched a very public TV and billboard campaign against Metro Van’s incineration plan.  On top of this opposition, eight other companies hope to land the lucrative incineration deal with Metro Vancouver. And some of those companies are the biggest waste handling firms in North America.

Burning garbage is unsustainable and unimaginative