As Premier Christy Clark recalls the B.C. legislature to expedite a controversial LNG project, a Vancouver Observer special investigation reveals that the BC Liberal Party has received millions from Alberta-based oil and gas companies over the last 10 years, significantly more than the industry’s donations to the Alberta PCs. 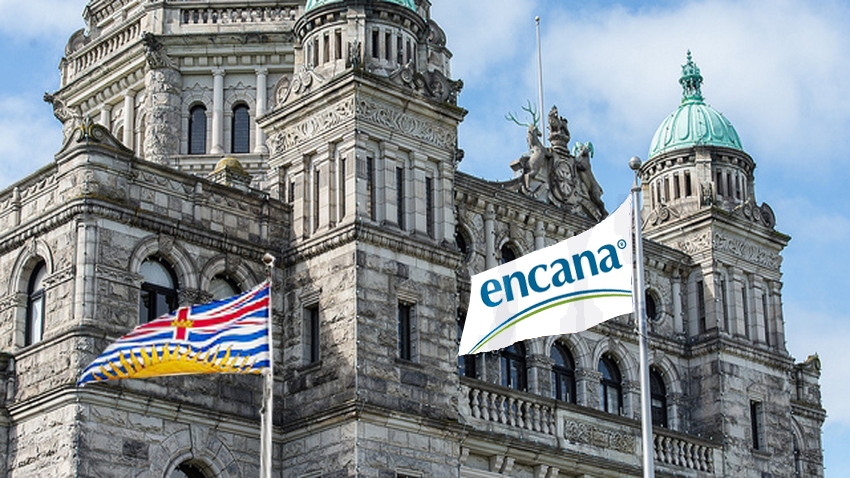 The numbers are out and critics are questioning the priorities of the BC Liberals, whose pockets are full of oil and gas cash.

In October 2012, Premier Christy Clark famously attended a BC Liberal Party fundraising dinner at the Calgary Petroleum Club hosted by Murray Edwards, the chair of Canadian Natural Resources Ltd. (CNRL). While many believed the premier’s Alberta financial overture was the first of its kind, investigation reveals that the BC Liberals have raised millions from Alberta-based oil and gas companies for more than a decade.

In fact, according to data compiled by Elections BC and Elections Alberta, corporate oil and gas donations to the BC Liberals have significantly outstripped comparable gifts to the then-ruling Alberta PC Party. Since 2005, the largest oil and gas corporate donors gave more than $3.1 million to the BC Liberals, relative to a mere $1.8 million to the Alberta Conservatives. 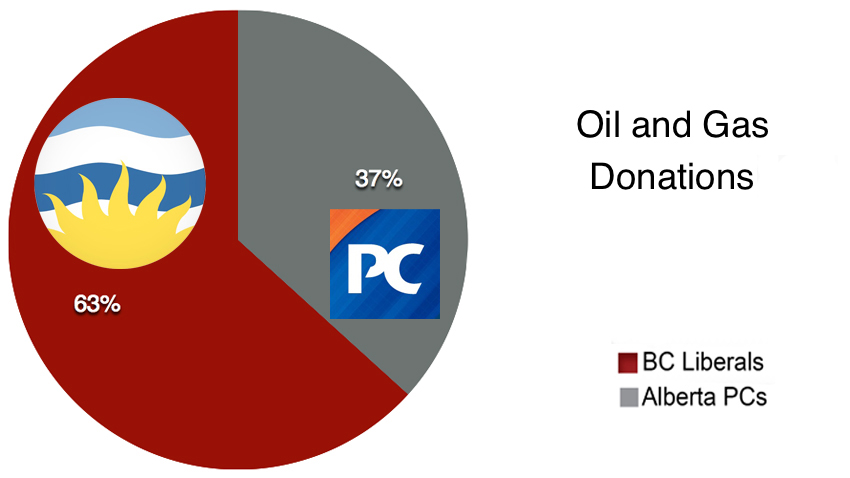 Pattern of oil and gas donations to B.C.

Over 10 years, Calgary-based energy giant Encana and its oil sands spinoff Cenovus donated more than $1 million to the BC Liberal Party, in stark contrast with donations of less than $300,000 to the Alberta Progressive Conservatives within the same time frame.

The pattern extends to individual donors. Calgary oil sands titan Allan Markin donated $200,000 to the BC Liberals since 2009, compared with only $34,500 to the Conservatives in his home province. Markin has ties with CNRL, Amoco Petroleum, Poco Petroleum Ltd., Merland Exploration Ltd. and Calgary’s Penn West Petroleum Ltd., the latter of which gave nearly $60,000 between 2009 and 2013.

Also of interest are Encana founder Gwyn Morgan and his wife Patricia Trottier, who personally donated at least $175,000 to the BC Liberals since 2009, and nothing to the Alberta PCs back home. Morgan and his wife now reside in B.C., where he has become one of Clark’s closest advisors.

Other provinces don't come to B.C. to raise funds

“You don’t see other provinces coming into British Columbia (to fundraise),” said Dermod Travis, executive director of watchdog group Integrity BC, which tallied the oil and gas donations in B.C. and Alberta. “The fact that they’re going to a private exclusive club in the City of Calgary to pull out millions of dollars should be of concern to all British Columbians.”

When corporations aren’t based in B.C. or have little to no business in the province, he added, the numbers become suspect.

Oilsands giant, Suncor for example, which has no B.C. operations, gave just under $40,000 to the BC Liberals.