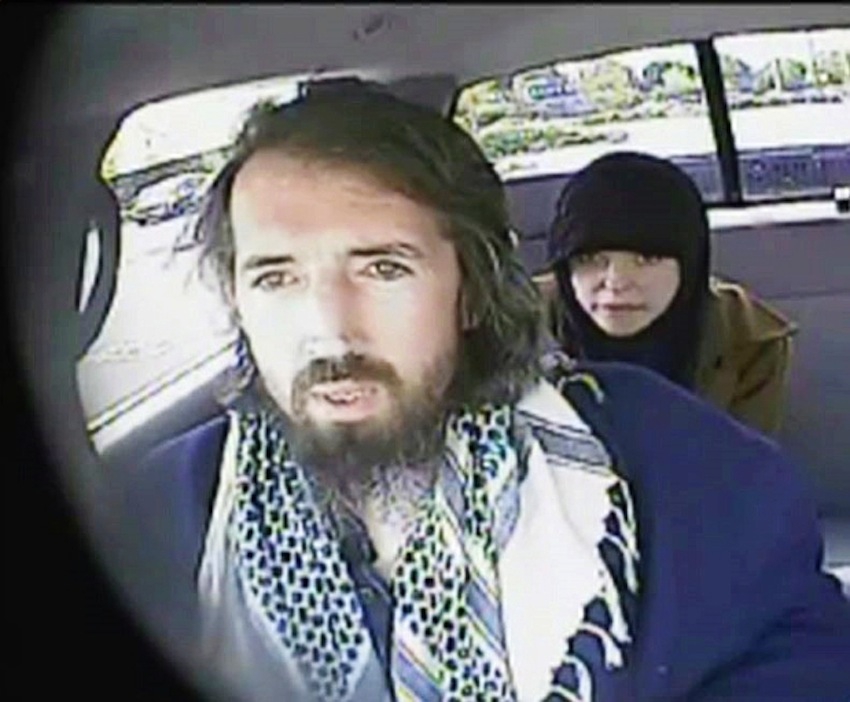 John Nuttall and Amanda Korody are shown in a still image taken from RCMP undercover video courtesy of The Canadian Press.

As far as John Nuttall knew, three pressure cookers full of plastic explosives would soon detonate on the lawn of the British Columbia legislature.

Nuttall and his wife Amanda Korody had planted the bombs in the early morning of Canada Day 2013, and now they were making their way to a safe house in the Vancouver area with the help of an undercover RCMP officer, a B.C. Supreme court jury heard.

In undercover audio recordings presented in court, Nuttall spends that time talking about the Qur’an, complaining of the treatment of Muslims overseas and justifying the attack, which he suggests could rival 9/11.

As for the potential victims at the legislature, who he believes will mainly be government employees preparing for Canada Day festivities, Nuttall seems unconcerned.

"That’s what they get for taking a job with the government," Nuttall says in the recording, which was played in court Wednesday.

"To hell with them."

Nuttall and Korody’s trial has watched and listened to dozens of hours of video and audio recordings, all captured as part of an elaborate undercover operation.

This week, the jury watched video that depicted Nuttall and Korody riding to the legislature in a van, leaving with the bombs and returning empty handed.

The latest audio was recorded as Nuttall, Korody and an undercover officer drove to the ferry terminal immediately after planting the bombs and then as they sailed to the Vancouver area, where they expected to stay in a safe house for several days.

Nuttall predicts the imminent bombing will weaken the spirits of the Canadian military.

"What we did today, inshallah (if Allah wills it), is going to help our Afghan brothers who are fighting them right now," says Nuttall.

"What do you think’s going to happen to (Canadian soldiers’) morale when they learn about what happened in their own country and they realize, ’Shoot, I shouldn’t be over here.’"

Nuttall says he and Korody, who were recent converts to Islam, are in the middle of a war between Islam and western countries such as Canada.

Despite their desire to send a clear message, Nuttall and Korody still remain unsure whether the B.C. legislature is part of the provincial or federal government.

A few days earlier, Nuttall and Korody recorded a video in which they wore masks and explained their motivation.

Initially, they suggested the video would be released following the attack, but then they insisted it only be made public if they were killed. Now, Nuttall says he doesn’t want the video ever released.

"Even if something happens to us, I don’t want anyone to know," he says, though he doesn’t explain his change of heart.

Nuttall had repeatedly asked the undercover officer to provide him with a gun, though the officer had so far refused the request. Without a firearm, Nuttall brought a knife along with him to the legislature, where he said he almost used it to kill a homeless man in the bushes.

With the bombs in place, Nuttall again pleads with the officer to get him a gun so he can be prepared if the police track him down.

"I’ll only use it if they come," Nuttall says. "I would only do it if they start coming to kill us."

The officer resists at first, telling Nuttall no one will find them and a gun would only put him and Korody at risk.

Eventually, the officer relents and says he will attempt to track down a gun, possibly by the following day.

The couple were arrested a few hours later at the motel they used as a safe house, the Crown has said.

Nuttall and Korody have each pleaded not guilty to four terrorism−related charges.