All collections will be given to the Middle Eastern Friendship Centre in Surrey. 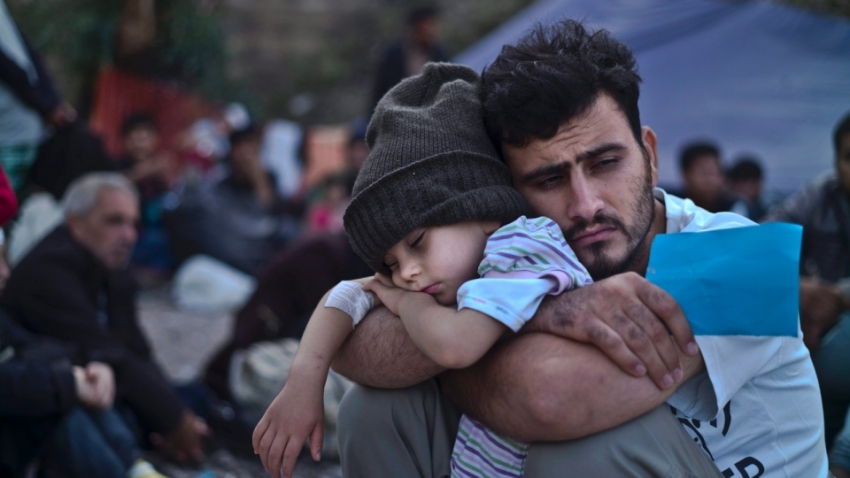 A Syrian refugee child sleeps on his father's arms after arriving from the Turkish coast to the northeastern Greek island of Lesbos, Sun. Oct. 4, 2015. Photo by Associated Press.

Vancouver's Access Gallery is collecting donations to assist Syrian refugees arriving in British Columbia over the next six to eight weeks. The effort is being organized by Vancouver artists Kim Phillips of Access Gallery, Fabiola Carranza and Julia Marshburn.

On Wednesday and Thursday, members of the public are invited to drop by 222 East Georgia Street between 12 p.m. and 5 p.m. with donations of household items, clothing, bedding, and toiletries — especially children's toys, winter coats, and feminine hygiene products.

Donors are asked to sort and label their gifts (bagged or boxed) to assist volunteers with distribution, as all items will be picked up on Friday and dropped off at the Middle Eastern Friendship Centre in Surrey.

"I am overwhelmed at our local community's generosity and ability to pull together," said Kimberly Phillips, director and curator at Access Gallery, via email. "Really, we just have so much, and I wanted to offer folks who (like me) would like to help in some small way, but didn't have a way to get to the Friendship Centre on their own."
Campaign organizers are still in search of drivers and packers to pick items up on Thursday and bring them to the Middle Eastern Friendship Centre at 13483-108 Ave. in Surrey, and ask those interested in volunteering to call 604-689-2907.

British Columbia will resettle roughly 400 Syrian refugees in the next few months as part of the federal government's plan to take in 25,000 asylum-seekers, and most of them are expected to settle in Metro Vancouver communities like Surrey, according to Immigrant Settlement Services of B.C.

During their first year in Canada, government-sponsored refugees will receive assistance from Ottawa — roughly $1,349 per month for a family of four. The funding is meant to assist with food, shelter, and transportation costs, but will not cover many of the additional expenses that come with moving.

For more information on how to help, email [email protected].