Aboriginal girls most at risk of sexual violence in care: B.C. representative 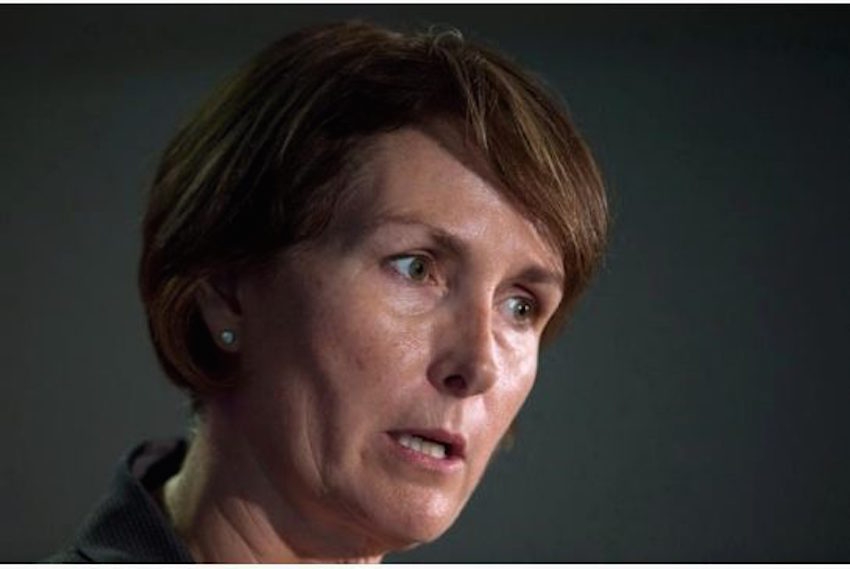 B.C. Representative for Children and Youth Mary Ellen Turpel-Lafond at a news conference on November 13, 2015. She's just published a new report on girls who've been victim of sexual violence while in the care of the provincial government. Photo by Darryl Dyck/The Canadian Press.

Aboriginal girls are the victims of sexual violence more than twice as often as other girls in care of the British Columbia government, a "disturbing" new report finds.

The report from the province's representative of children and youth suggests at least 121 young people in care experienced sexual offences between 2011 and 2014. It says 109 of the victims were girls, and 74 of them were indigenous.

"The only way that will change is that we actually become aware of it, we address it and we do not sweep it under the carpet," Mary Ellen Turpel-Lafond told reporters on Tuesday.

"But clearly this report is about victims who have been swept under the carpet."

She said in the report, titled "Too Many Victims: Sexualized Violence in the Lives of Children and Youth in Care," that her findings can only be described as "disturbing."

Aboriginal girls represented 25 per cent of the total children in care between 2011 and 2014, but they made up 61 per cent of sexual-violence victims, the report said.

The actual number of victims is likely much higher because incidents are under-reported or reported long afterward due to stigma and shame, it added.

Nearly one in five youth in the report harmed themselves or attempted suicide, usually within a year of disclosing what happened to them.

One-third of incidents were perpetrated by another child or youth in the same placement, while one-quarter involved foster parents — "a shocking breach of trust," the report said.

Children in care are more vulnerable to sexual violence than those who aren't in care, but there is no specific policy to guide social workers, Turpel-Lafond wrote.

Their actions are "varied and inconsistent," leaving youth at risk for further abuse and long-lasting harm, the report said.

Of the children included in her report, 12 did not want to report their experiences to police, and there is no indication that social workers made reports on the child's behalf, Turpel-Lafond said.

She urged the Ministry of Public Safety and the Solicitor General to expand its network of Child and Youth Advocacy Centres. There are six centres in B.C., including in Surrey, Victoria and Vernon, but Turpel-Lafond said they are underfunded.

She called on the Ministry of Children and Family Development to ensure social workers and other front-line workers have adequate policy, standards and training, with a focus on aboriginal girls.

She also called on Premier Christy Clark to identify a lead minister responsible for creating a strategy to prevent and respond to sexual violence against all children and youth in B.C.

Children's Minister Stephanie Cadieux said her ministry had brought in a number of measures, including revised standards for social workers who monitor foster parents and revised protocols for responding to allegations of harm.

She said her ministry would carefully consider the report's "interesting" recommendations but she did not firmly commit to implementing any of them.

Cadieux said there is a policy for social workers who respond to sexual violence. After a child discloses an incident, a worker must report it to the director of child welfare and the representative of children and youth within 24 hours, she added.

If an incident is potentially criminal, police must be informed, Cadieux said.

"It is completely unacceptable for any child to be harmed in any way in the homes where we place them," she said. "Sexual violence ... is obviously horrific and not acceptable. I can't use strong-enough language."

As for the 12 incidents that Turpel-Lafond suggested were not forwarded to police, Cadieux said the ministry would review the cases.

"If there was a circumstance that wasn't reported, that isn't OK."

Melanie Mark, children and families critic for the Opposition New Democrats, said social workers must be better supported and there needs to be better co-ordination with police and the Crown.