"I'm here because our federal government has stripped away environmental protection for fish and lakes and some of those lakes have been designated as tailings ponds," said Della Glendenning. 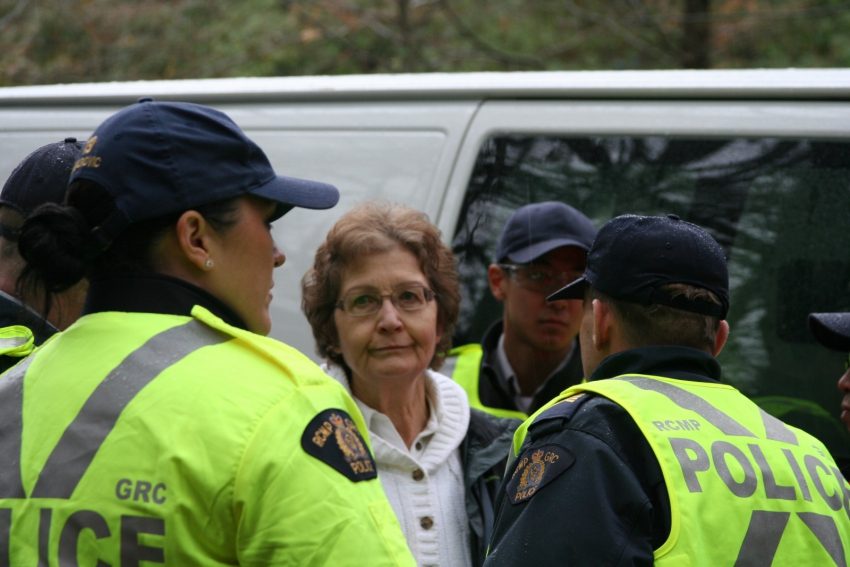 Della Glendenning being arrested on Burnaby Mountain for Kinder Morgan protest. All photos by Peter Morelli.

Della Glendenning strongly condemned the federal government's environmental policy before crossing a police line and getting arrested on Burnaby Mountain, where an ongoing protest against Kinder Morgan's pipeline expansion is taking place. The 74-year-old, according to reports, has no record of civil disobedience, and said her only 'black mark' was a library fine.

The RCMP continued to block public vehicle traffic up to the drilling site, although they were not impeding pedestrians moving further up the hill.

"I'm a mother and grandmother," said Glendenning, who said she was born in Vancouver and lived most of her life in the Lower Mainland. "I'm here because our federal government has stripped away environmental protection for fish and lakes and some of those lakes have been designated as tailings ponds.

"We have governments — provincial and federal — who are willing to risk putting a bitumen oil pipeline through our mountain to the ocean, and increasing storage tanks on a slope and we're standing on an earthquake zone. It makes no sense!" she said. 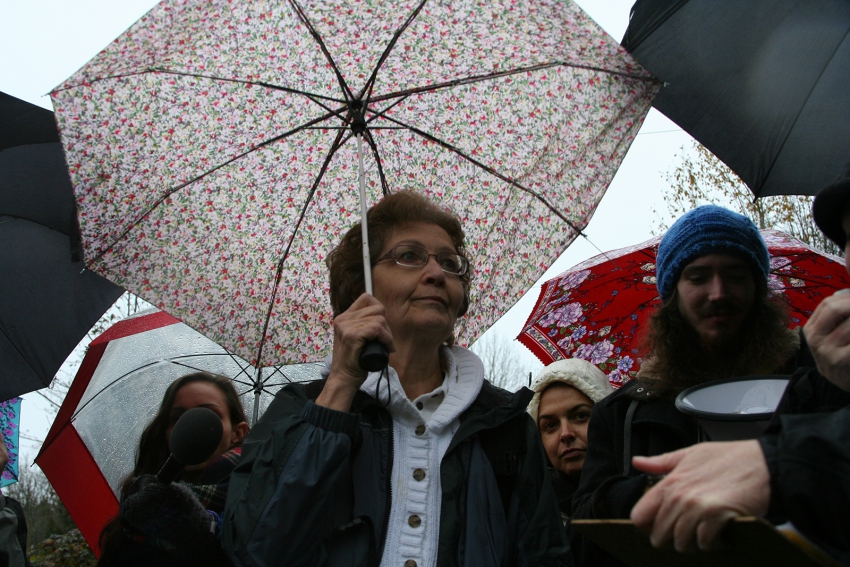 "This protest on our mountain park is just a very tiny, tiny piece of what is going on around the world and the efforts to slow down climate change," she continued.

"I'm also very sorry because of the court order that the  RCMP has been put in a position of protecting this house of cards called Kinder Morgan. I'm here for my children and grandchildren - I want them to see the beauty of this land and protect the Salish Sea." 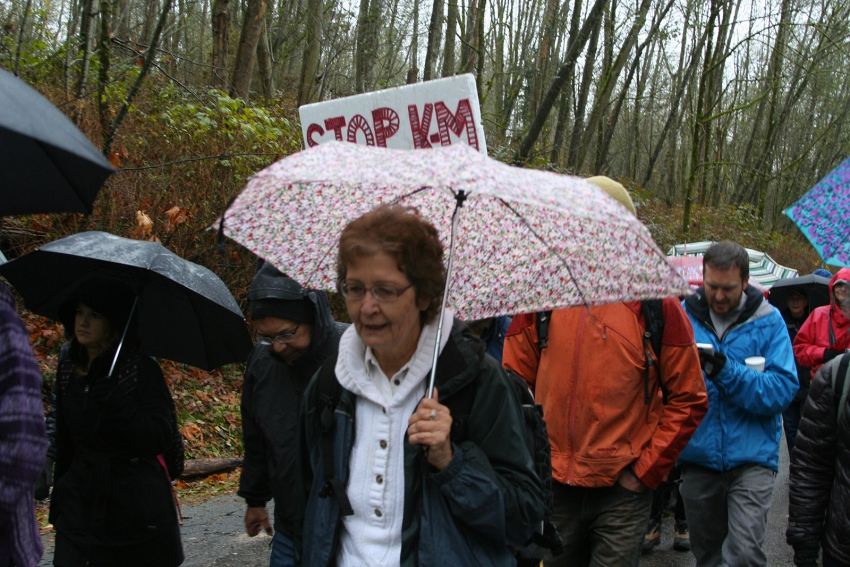 Earlier, Della had asked the crowd to walk especially slow for her, reminding those present that she was a 74 year old grandmother.

Once in front of the police line and at the boundary of the injunction site, Della repeated her statement from earlier, surrounded by supporters and media.

She was taken further into the site to be processed by the police, and after some time was allowed to sit in the front of the police vehicle to escape the rain.

The excitement caused by Della's bold symbolic gesture soon calmed, and the current situation at the drilling site has entered the rhythm of peaceful protest that has established itself over the course of the last few days.

Dogwood Initiative energy and democracy director Kai Nagata was also present at Burnaby Mountain. He told assembled protesters that the Initiative had issued a press release saying BC Premier Christy Clark is "missing in action." 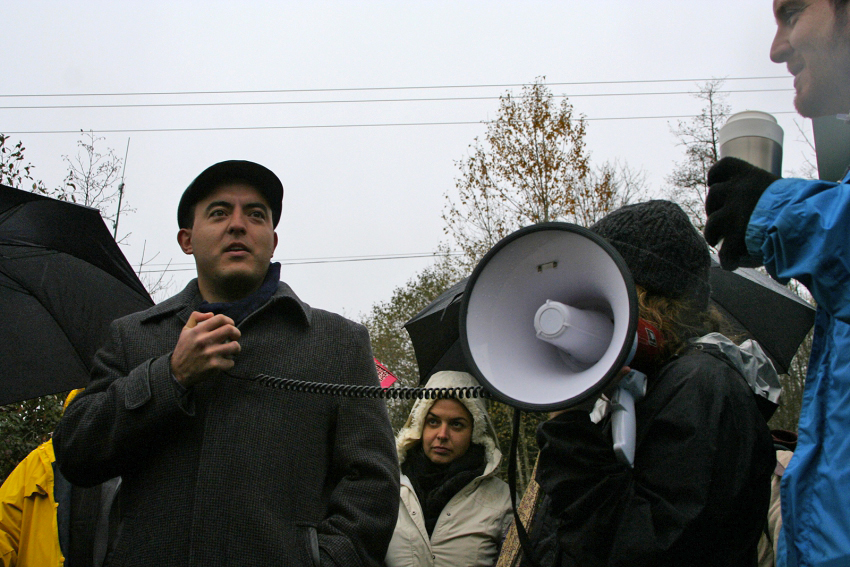 The press release announced a new poll saying that "71 per cent of residents surveyed last week in Burnaby North support an independent review of the Kinder Morgan proposal, led by the provincial government." Polling was conducted for Dogwood by McAllister Opinion Research, and results were based on telephone survey of 300 residents of Burnaby North.

In the release the Dogwood initiative concluded that this statistic reinforced "a growing problem across the province: British Columbians have lost confidence in Ottawa’s crude oil pipeline approval process."

Later in the day, Anna Gerrard, a 25 year old female protester and student from Victoria, was arrested for entering the Kinder Morgan drilling site on Burnaby Mountain.

After her arrest she was taken to a police van and held in custody until being driven down the mountain to the Burnaby RCMP detachment office for processing.

The legal support contact monitoring the situation with arrestees confirmed that Anna Gerrard was released at 7:30pm. The Vancouver Observer has since learned that Anna was charged with civil contempt like most of the other protesters arrested on Burnaby Mountain over the course of the last few days.