2014's biggest newsmakers in pipeline politics (in BC)

From oil execs to environmentalists to elected officials, these eight people had us talking in 2014. 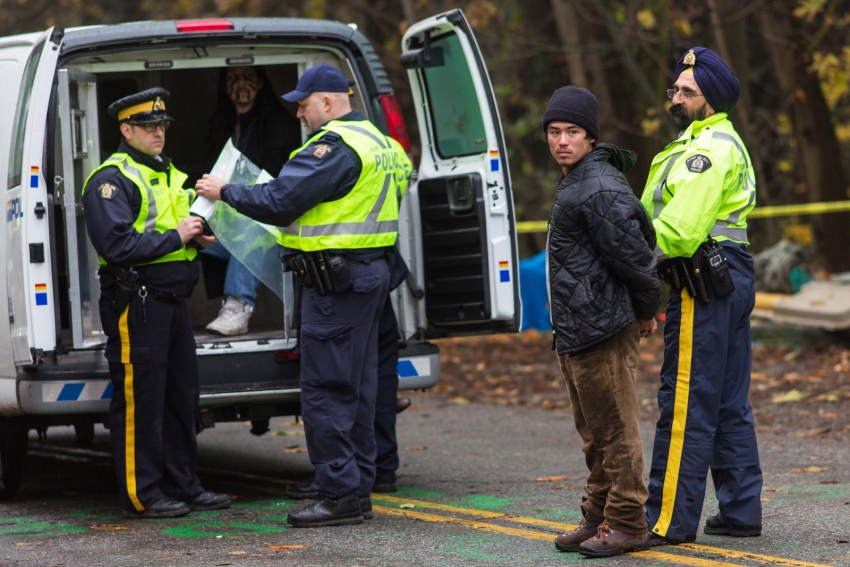 In no particular order, this is Vancouver Observer's list of the most influential newsmakers in 2014 on stories about pipeline development in B.C.

After years of battling Northern Gateway, Grand Chief Stewart Phillip told a gathered crowd outside the BC Supreme Court that taking on Kinder Morgan felt like “another day in the office.”

The respected First Nations leader had long promised to be arrested in protest of heavy oil pipelines into B.C. if necessary.  Then in November, he did so, before an intense media presence, and large crowds deep inside Burnaby Mountain conservation forest.

The solemn moment when he crossed the police tape became powerfully symbolic for Aboriginal people long frustrated by industrial projects seen as incursions into their traditional territories, harmful to the land and water used for traditional activity, and in violation of Aboriginal rights and title.

"I'd said…that if push came to shove with arrests, I would stand with courageous people who were being arrested. That's why I am here today. I'm here to cross the line and be arrested in solidarity with the 100 people who have chosen as a matter of principle to demonstrate their opposition the Harper government vision of $600 billion development of natural resources in British Columbia," said the Grand Chief.

The Winnipeg-born pipeline executive leads the Canadian business segment of Kinder Morgan -- the Texas-based multinational corporation seeking to build the $5.4-billion Trans Mountain pipeline expansion.  Selling the project to the B.C. public was supposed to go smoothly: a mere twinning of the existing pipeline, rather than a slicing of virgin northern territory, as Enbridge had proposed with Northern Gateway.

But it’s not working out so well.  After two years of relative calm over the company’s pipeline plans (and while Enbridge took all the heat), things got explosive for Kinder Morgan in the fall.  That’s when the company began its pipeline-survey incursions into a public conservation park on Burnaby Mountain, and against the wishes of the city’s Mayor who said the work was a violation of city bylaws.

“I know this work has struck a chord, and marshalled resources of opposition," said Anderson on Nov.12.

“[But] we are firm supporters of freedom of speech.”

The President was trying to allay fears about the company’s recent lawsuits against pipeline opponents – legal actions that some called “heavy handed” he said.  He also defended against #KMFace – a social media backlash that provoked fun against the company’s suggestion that protesters’ snarls represented a form of assault.

"It seems to be making light of the blockading of the individuals trying to do the work and the intimidation tactics being used.”

Shortly thereafter the 100 arrests began, as RCMP worked to protect the company’s drill crews under court order.  When the two-week injunction ended, Anderson appeared in online ads and videos acknowledging the opposition to the project, while also trying to resume dialogue.  The project promises 4,500 construction jobs, and a much smaller number of positions during operation for the export pipeline.

The National Energy Board’s public hearing into his company’s pipeline proposal in early 2015 is expected to be loud and attention getting.  Stay tuned.