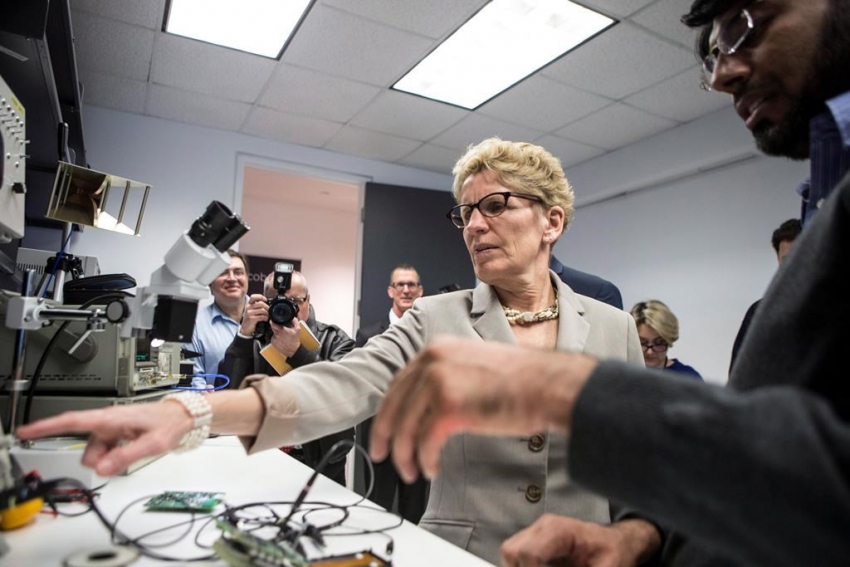 Wynne says right now companies are allowed to spew pollutants into the atmosphere for free, but everyone is paying the costs, and she dismisses claims cap−and−trade amounts to a tax grab.

The plan involves government−imposed limits on emissions from companies, and those that want to burn more fossil fuels can buy carbon credits from those that burn less than they are allowed.

Wynne says climate change is already imposing costs on society, damaging crops and increasing insurance claims, and warns the costs of not taking action will only get higher.

And she says cap−and−trade is a market solution, not a regulatory one, and will provide certainty for industry.

A background paper provided by the government says gasoline prices rose two−to−3.5 cents a litre in Quebec when it adopted a cap and trade system.

Environment Minister Glen Murray says the government will consult the public as it develops the details for the cap−and−trade scheme by October.

She says money raised by the cap and trade scheme into growing the economy and fighting emissions, such as funding more public transit projects.

Wynne heads to Quebec City later today to sign a cap−and−trade deal with Premier Philippe Couillard, and they will be joined Tuesday by other premiers and territorial leaders for a climate change summit.