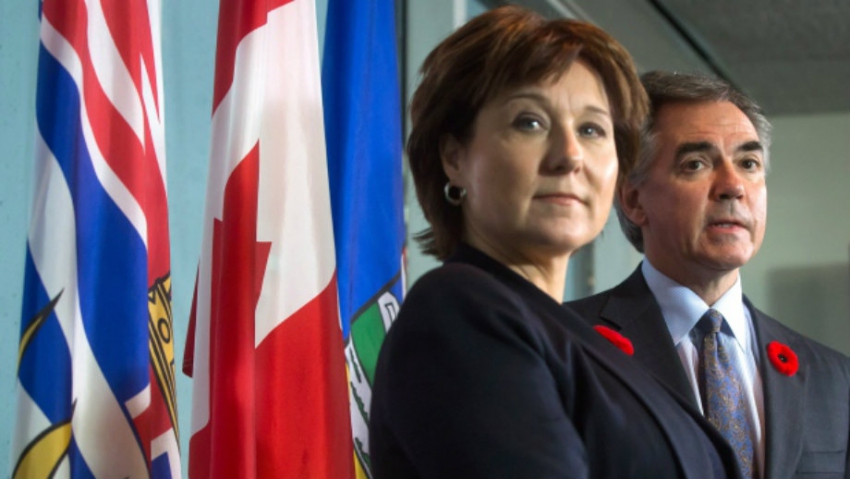 B.C. Premier Christy Clark and Alberta Premier Jim Prentice said they won't be attending the talks at the Premiers' Summit on Climate Change in Quebec City tomorrow. Nova Scotia Premier Stephen McNeil has also said he would not be attending, but said he will send Environment Minister Randy Delorey. Prince Edward Island Premier  H. Wade MacLauchlan is absent for the meeting.

The announcement comes on the heels of Ontario Premier Kathleen Wynne announcement of a plan for a cap and trade agreement to reduce greenhouse gas emissions. As of 2012, Alberta and Saskatchewan were the only provinces with rising carbon emissions due to growing oil production.

Premier Clarks's spokesperson, Sam Oliphant, said Clark was skipping the conference in order to talk about the "successes of B.C.'s climate action work" to the World Bank.

"The premier unfortunately will not be able to make the meeting in Quebec City because she was invited to speak to the World Bank this week in Washington DC about the success of BC's climate action work including the revenue neutral carbon tax," he said.

Clark said in March that Ottawa should leave climate policy leadership to provinces, and hold off imposing any carbon emissions regulations that would slow down the energy sector.

She said resource development is crucial to Canada’s economic success, but should be accompanied by credible environmental protection.

During the Gordon Campbell administration, B.C. was viewed as a leader on climate policy, being the first province in Canada to have a carbon tax. Despite criticism from skeptics that it would hurt the B.C. economy, a 2013 report by Clean Energy Canada found that the tax had no negative impact.

B.C. had previously pledged to reduce its greenhouse gas emissions to 42 gigatonnes by 2020, but is currently on track to boost its emissions to 69 gigatonnes by that year. These figures don't include emissions expected to result from liquified natural gas projects or from Enbridge Northern Gateway and Kinder Morgan Trans Mountain pipeline expansion projects.