The Canadian mining company selected to provide uranium to India is still fighting Canada Revenue Agency over millions in unpaid back taxes. 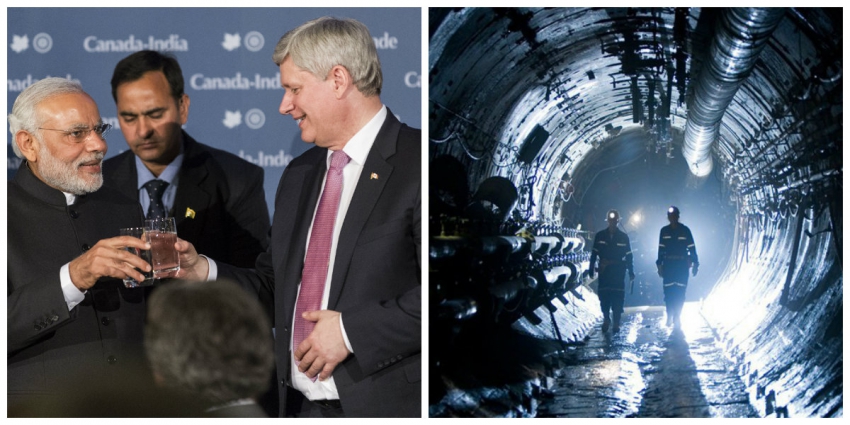 The deal was praised by Modi earlier this week, as he addressed reporters in Ottawa.

“Canada giving uranium to India is a mark of trust and confidence,” the Indian leader said on Wednesday.

India aims to increase its share of electricity generated by nuclear power to 25 per cent by 2050.

But Cameco, the Saskatchewan-based company hired to supply India with 3,220 metric tonnes of uranium over five years, is wrapped up in legal a fight with Canada Revenue Agency over millions in owed taxes. In 2013, the Globe and Mail reported the company owes $800 million in back taxes.

"We are involved in a dispute with Canada Revenue Agency," Cameco media relations manager Rob Gereghty said. "We are unable to discuss the details as the matter is before the courts. We are confident that we will be successful in our case."

Gereghty also praised the deal, saying "India has one of the most aggressive growth plans for nuclear energy in the world." He said the sale will allow Cameco to establish itself in a growing uranium market.

The recent deal with India will give Cameco access to the second-fastest growing uranium consumer market in the world.

But in addition to the tax battle with Canada Revenue Agency, the company's drilling operations in Saskatchewan are facing significant opposition from the Clearwater Dene First Nation.

When asked how Cameco was able to secure this deal, company spokesperson Robert Gereghty said Prime Minister Harper and Saskatchewan Premier Brad Wall were instrumental in helping secure the deal.

"We met with Canadian government officials to discuss the benefit of opening up nuclear markets such as China and India. We also discussed the importance of Canada’s trade relationships and accompanied federal and provincial ministers on various trade missions, which helped us advance our commercial interests and opened doors for Canadian and Saskatchewan companies," Gereghty said.

He added that "Prime Minister Harper and Premier Wall have been very supportive of our industry and helped open the door to this promising new market."

In a road north of La Loche, Saskatchewan, a group called "Holding the Line Northern Trappers Alliance" (HLNNTA) has been camping in the area to block companies from further exploratory drilling in their territory. The group first set up camp last November, and promises to remain until mining companies leave. 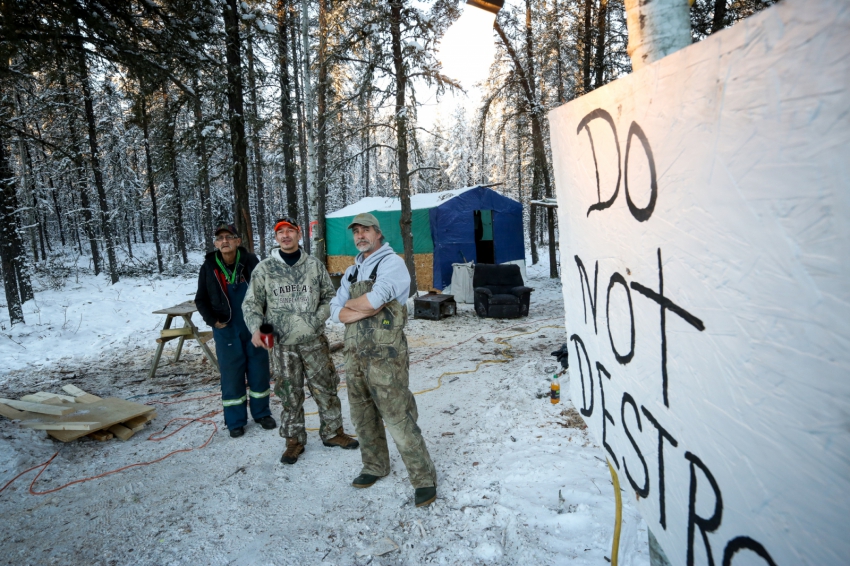 The HLNNTA argued they are unable to pursue the traditional, ecologically sound way of life of their ancestors, due to incursion by companies like Cameco looking for mineral deposits on their land.

HLNNTA spokesperson Candyce Paul told the Vancouver Observer she was opposed to the Cameco uranium deal with India. She said "scientific evidence is building towards proving that the uranium mining industry is killing the Indigenous people of northern Saskatchewan."

When asked about the blockade, Gereghty defended the company's "good relationship" with Saskatchewan First Nations.