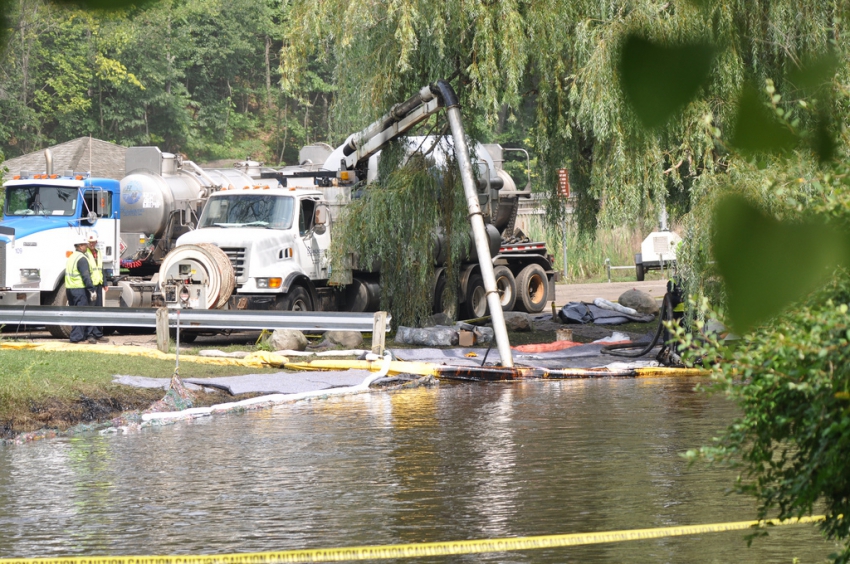 Lowery lived about 15 miles away from where an Enbridge pipeline ruptured in July 26, 2010, releasing 3.3 million litres of oil into the Kalamazoo River.

The oil spill into the Kalamazoo River is the largest inland spill in the history of the United States. Three years after the leakage, the U.S. Environmental Protection Agency estimated that at least 684,000 litres of bitumen were still in the river.

Even though the judge dismissed his case in 2011, Michigan's court of appeals sent the case back to the lower court, saying Lowery should get a chance to prove his claim in court.

Lowery will get his chance to argue his case in court after the Michigan Court of Appeals decided that a trial should decide if his health problems were caused by the disaster.

According to court documents, Michigan resident Chance Lowery suffered vomiting fits around three weeks after the spill, and severe abdominal pain that forced him to go to a hospital.

A CT scan revealed that Lowery had suffered a tearing of his short gastric artery that led to internal bleeding. Doctors had to perform surgery to repair the tearing.

A medical expert hired by Lowery, after reviewing his hospital records, concluded that “[Lowery's] tear in his short gastric artery was caused by violent and uncontrollable bouts of coughing and vomiting.” So Lowery proceeded to sue Enbridge for damages.

“This coughing bout from smelling this fumes caused him to have a severe injure and he's seeking damages from the Enbridge Oil company for that injury,” said Nadia Hamade, Lowery’s lawyer, in a phone interview.

The trial court initially dismissed Lowery’s case after Enbridge claimed that he hadn’t shown enough evidence that his injuries were caused by the fumes from the Engridge oil spill. But the Michigan Court of Appeals decided yesterday to reverse the dismissal and send the case back for a trial to be heard.

It is unclear if Enbridge will appeal the decision made by the Court of Appeals. The Vancouver Observer contacted the Calgary-based oil conglomerate, but a spokesperson declined to comment based on the company’s policy of not to commenting on ongoing litigation.

Winona LaDuke to Enbridge: invest in clean energy, not the Sandpiper pipeline

Three years after Kalamazoo spill, Enbridge to BC: "You can trust us." Can we?