Day 2 at the Duffy Trial: unpacking the rules of residence 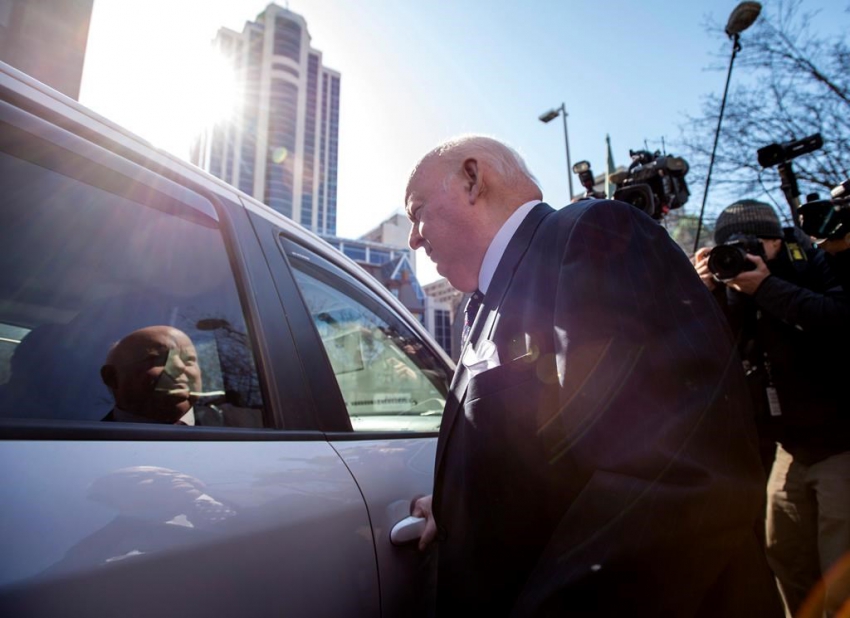 Suspended senator Mike Duffy leaves the courthouse in Ottawa, Ont. following his first court appearance on Tuesday, April 7, 2015. Duffy is facing 31 charges of fraud, breach of trust, bribery, frauds on the government related to inappropriate Senate expenses and says his side of the the story will topple PM Harper's house of cards.

OTTAWA — Determining a senator's place of residence can be complicated, the former law clerk of the Senate told the Mike Duffy trial on Wednesday.

Mark Audcent was testifying on Day Two of the suspended senator's trial on 31 charges of fraud, breach of trust and bribery.

Two of the charges relate to living expenses Duffy claimed in his capacity as senator for Prince Edward Island.

The Crown says Duffy was actually living full time in an Ottawa suburb, not in P.E.I. and should not have claimed expenses for his Ottawa house.

Audcent said the factors involved in determining residence include where someone physically spent most of their time, where they got their government services, where they paid their taxes and where they did things like go to church or go bowling.

"Every indicator is just part of a package, residence is a question of fact," he said. "You gather these indicators together and you look at the whole picture. There is no indicator that is absolute."

But Audcent testified he didn't consider it his job to police this.

He was part of a team which met newly appointed senators in roughly hour-long briefings to orient them and go over some of the rules and regulations that come with being a senator.

They include being required to own $4,000 worth of property in the province of their appointment, an old requirement which, if expressed in today's currency, would be around half-a-million dollars.

But Audcent noted that a senator's actual qualifications for the job weren't something he scrutinized, pointing out that by the time he sat down with them, they would have already have been deemed to qualify for the Senate by virtue of the fact the prime minister had appointed them.

The trial before Ontario Justice Charles Vaillancourt, began Tuesday with the Crown accusing Duffy of skirting the chamber's rules for his own benefit and his own lawyer mounting a vigorous defence.

The Crown attempted to portray an allegedly corrupt senator who made personal trips on the public dime, who paid acquaintances for questionable contracts, and who extorted the Prime Minister's Office to pay off his fraudulent living expenses.

Defence Lawyer Donald Bayne countered with an alleged conspiracy by Prime Minister Stephen Harper's most senior staff to force a sitting senator to repay expenses he never believed were wrongly collected in the first place.

Duffy is expected to take the witness stand at some point during the trial, although it's not clear when that will occur.

Harper's former chief of staff, Nigel Wright, is also expected to fly back from London, England, where he now lives and works, to testify. The trial is scheduled to run through the first part of June.

The most politically toxic area involves a bribery charge — the allegation that Duffy set a series of conditions before he'd agree to repay $90,000 worth of contested living expenses.

But Bayne said Wright told the RCMP that the government was basically forcing somebody to repay money that they probably didn't owe. A full transcript of that RCMP evidence has yet to be released.

Harper, meanwhile, said during an appearance in North Vancouver Tuesday that he is not concerned about being called to testify at Duffy's trial.

"As you know, investigators looked at this and affirmed what I said, I have no knowledge of these things, I will not be called as a witness," he said.