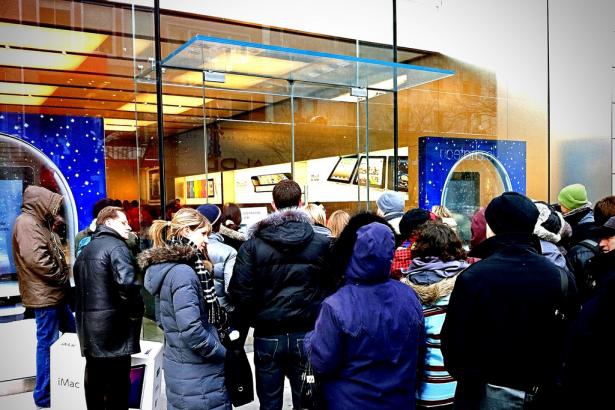 Boxing Day bargain hunters will be facing lower competition this winter compared to previous years. Twenty-three cent of holiday shoppers expect to go shopping on Boxing Day, 17 per cent less than last year and the lowest recorded average since 2002, according to a study by Visa Canada.

Spending has tightened up this year, the study suggests: Boxing Day shoppers expect to spend 29 per cent less this year ($233 versus last year's national average of $328). The average person buying online plans to spend about $78.

"After several weeks of searching for holiday gifts, it seems that many Canadian shoppers look forward to spending time with their families and friends this Boxing Day," said Tania Freedman, a communications director at Visa Canada.

And what are the hot items for shopping this year?

"Many of those who plan to go Boxing Day shopping say they'll be on the lookout for electronic goods or clothes," Freedman said.

In British Columbia, 23 per cent of respondents said they would go shopping on Boxing Day, while the rest said they would spend time with family and friends. Their average spending budget was $217. Ontarians, for the third year in a row, are the most likely to go Boxing Day shopping (30 per cent), but Albertans look to be the biggest spenders -- they plan to spend a whopping $431, compared to the national average of $233.

In Quebec, just 16 per cent of respondents said they wanted to go shopping on Boxing Day, and their average spending target was the lowest, at just $129.