Energy exports are all that stand between Canada and a recession 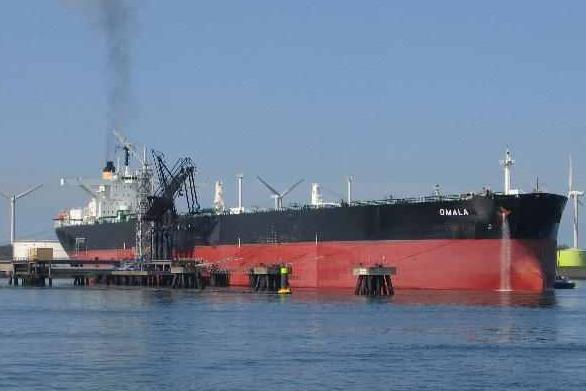 It was a welcome dose of reality this week as prominent Canadian economists warned that some of the optimistic chatter about Canada's economic outlook should be tempered with a close look at reality.

Recent trends out of Statistics Canada show the country pulling away from anything like the recession predicted for much of the rest of the world.

Still, economists caution, a close look at the stats show that most of Canada's growth is based on energy exports -- and that once they're factored out, we're actually very close to the technical recession that we feared.

There's more, they add: because so much of growth is based on energy, its benefits are restricted largely to Canada's energy-producing provinces.

OTTAWA -- On the surface, Canada is riding high with a growth rate that is the envy of the western world. But analysts say it may be a case of statistics obscuring the truth.

End-of-month accounting from Statistics Canada showed the economy boomed to a 3.5 per cent rebound in the third quarter -- blowing away expectations of so-called "bears'' who recently speculated Canada might dip into a "technical recession.''

The July-September burst-out, following a 0.5 per cent setback in the April-June period, was almost twice as robust as the Bank of Canada had predicted a month earlier.

The vast majority of economists agree that more recent indicators are pointing to a softer pace of growth in the current fourth quarter, likely at about one-third the pace, with more slow growth in the first few months of 2012.

But they also note that even the third quarter numbers show an economy on its knees, except for one sector -- petroleum -- that benefits mostly Alberta and Saskatchewan.

The economic divide has been a fact of Canadian life for years, but the gap has never appeared wider than in the current circumstance.

"If it weren't for our booming exports of petroleum, we likely would be in a technical recession,'' said Jim Stanford, an economist with the Canadian Auto Workers.

Stanford points out that Canadian exports -- playing catch-up after a second quarter tumble triggered by temporary factors, such as Japan's earthquake disrupting supply chains -- accounted for 134 per cent of the GDP growth.

Strip away exports, and the economy would have shrunk as it did the quarter before, creating in essence, a shallow, technical recession.

And that export gain was mostly focused on one sector -- energy -- accounting for 60 per cent of the growth, the vast majority coming from oil.

"Considering that this sector employs about one per cent of working Canadians, that is a stunning dependence,'' Stanford notes. "We can't rely on oil sands exports to drive the whole economy, they did the trick in the third quarter ... but that doesn't mean Canadians overall are better off.''

Scotiabank economist Derek Holt, who is among the most bearish of the bank economists, points out that the contribution to GDP of the trade sector, including a drop in imports, was worth 6.1 percentage points, the most in 13 years.

Meanwhile, on the larger domestic front that sustained Canada during the recession and early part of the recovery, most growth engines have stalled.

Consumer spending barely stayed above zero during the quarter at 1.2 per cent annualized, government spending was flat and trending south, and most alarmingly, business investment plummeted 3.6 per cent, following a string of double-digit increases.

Even with historically low borrowing rates, Holt says it's prudent to be concerned about Canadian consumers' ability to hold up the economy going forward.

It's unlikely consumer spending, the lifeblood of the economy, will crash as long as interest rates remain low, but households can't keep dipping into savings to purchase cars, furniture, appliances and clothes indefinitely, Holt says.

David Madani of Capital Economics cautions that Canadians also can't expect exports to prop up the economy going forward, given the fears of a second global recession if European finances implode.

A new survey released Thursday by Export Development Canada found confidence readings among exporters had fallen to levels not seen since the recession, although foreign sales themselves remain solid.

"When it comes to conditions and opportunities they are very pessimistic, but when it comes to sales,'' firms are more confident, said EDC chief economist Peter Hall.

Optimists continue to point to corporate profits, which continue to be strong and suggest Canadian businesses are poised to pump up investments once the clouded global picture clears. By some estimates, firms are sitting on $520 billion in liquid cash and assets.

And Hall adds another reason to hope the slowdown won't be as bad as expected. America's much-derided consumer is still bound for the mall, as buff Black Friday sales last week showed.

Still, a panel of five bank chief economists invited to brief the government caucus in Ottawa earlier this week cautioned the MPs to plan on soft growth going forward, but to also prepare for something worse.