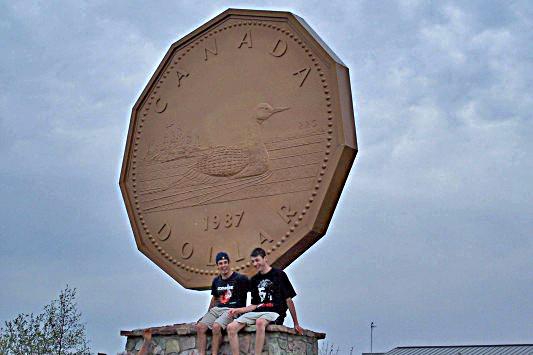 Good news for anyone in need of a loan or renewing a mortgage: the Bank of Canada has decided to keep a lid on interest rates through 2013 at minimum.

The bad news? It's happening because the economy is expected to languish, given financial troubles around the world.

What's less clear as the Bank issued its assurances was whether tough times will force it to drop rates even lower.

MONTREAL -- Bank of Canada governor Mark Carney signalled strongly Wednesday that he intends to keep interest rates at super-low levels for an extended period -- perhaps into 2013 -- despite a recent spate of good economic news.

But he gave no indication whether his next move might be to actually reduce the trendsetting overnight rate from the current one per cent, as at least two major economists have urged.

In a speech to a business audience in Montreal, the central banker made clear that he sees recent indicators that the Canadian economy rebounded strongly in the third quarter, and continued to perform well in October, as a temporary respite from the approaching storm.

Carney, who was pessimistic about the second half of this year when he delivered his monetary policy report in October, conceded that the tail end of 2011 will be better than he thought. In last month's outlook, he had predicted Canadian growth would be a tepid two per cent in the third quarter, and a miserable 0.8 per cent in the fourth.

Economists now expect the third quarter, which ended in September, to come in at three per cent or even higher, while early indications are that the fourth will also be stronger than thought.

"Preliminary evidence suggests that economic growth in the second half of this year will be slightly stronger than the bank had projected in our October Monetary Policy report,'' Carney told the business audience.

"However, as we had outlined then, a weaker external outlook is expected to dampen growth in Canada through financial, confidence and trade channels ... These shocks from abroad imply more subdued growth in household expenditures and less vigorous growth in business investment.''

Carney is taking a cautious view of efforts in Europe to deal with the continent's sovereign debt and banking crisis, calling the situation a "crisis ... barely contained.''

He acknowledged that as recently as July markets were expecting him to start raising the bank's trendsetting policy rate, which has been at one per cent since September 2011, given that the outlook appeared to be brightening and inflation was at or above the bank's comfort zone of between one and three per cent.

Canada has since been hit by a blast of headwinds from abroad, he said, and the future doesn't look nearly as bright.

The forecast now is for Canada's economy to muddle along with excess capacity well into 2013. He did not change his projection that the economy will grow by a modest 1.9 per cent next year, although he highlighted that risks remain high.

"In this environment, the bank judges it appropriate to maintain the considerable monetary policy stimulus in place,'' he said.

As for inflation, Carney said he expects that rather than staying at the top of the bank's target range -- it is currently at 2.9 per cent -- consumer price escalation will slow to about one per cent by mid-next year as oil and food prices moderate.

Analysts with Merrill Lynch and Capital Economics recently suggested the economy will slow so sharply next year that Carney will need to reduce the policy rate to half a per cent or even as low as 0.25 per cent, where it was during the recent recession.

On his future intentions, Carney was noncommittal, merely repeating his mantra that the bank is monitoring economic and financial conditions, as well as risks, and will set the policy marker consistent with achieving two per cent inflation over the medium term.

The theme of the governor's address to the Montreal Board of Trade centred on the bank's just concluded agreement with the federal government to continue targeting inflation at two per cent, within a control range of one-to-three.

As the bank explained at the time, Carney still has flexibility to tackle financial instability and imbalances -- such as a housing bubble -- but only in extraordinary cases when they threaten the economy and inflation in the country as a whole. Generally, he said, monetary policy's "bluntness'' makes it an inappropriate tool to deal with difficulties in an isolated sector.

"The paramount goal of monetary policy in Canada has been, and remains, price stability,'' he stressed.