People everywhere fed up with banks, except in Canada

New survey shows we aren't as upset about our financial institutions as Americans are. 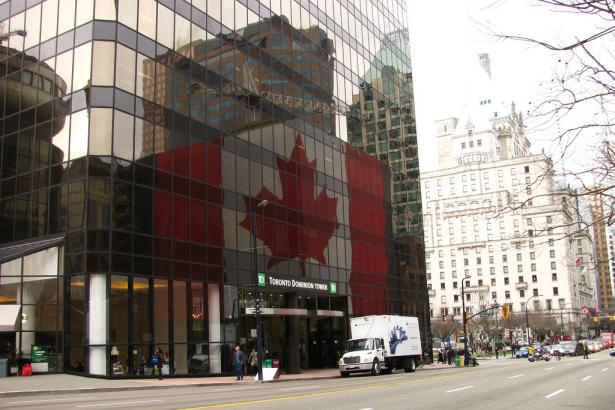 Although the Internet buzzed with anticipation for Bank Transfer Day on Nov. 5 -- prompting warnings by the Vancouver police to several downtown financial institutions to be prepared for potential demonstrations --
the grass-roots movement failed to register any appreciable impact in the Lower Mainland.

Over the last week, there have been numerous reports from the United States describing frustrated bank customers voting with their feet by withdrawing their balances from the major banks and then opening accounts with local credit unions.

While this scene was playing out in many corners of that country, credit unions in Vancouver stated that no noticeable change has occurred in recent days. Despite one "run on the banks" protest in Vancouver last month in which activists closed their bank accounts, the scene has been relatively quiet.

It is evident that the trust factor required in the commercial relationship between depositor and bank has deteriorated for many Americans after rounds of bank failures, bailouts, lethargic small business lending and underwater mortgages. There can be little doubt that this erosion of trust has become a major driver of the Occupy Wall Street movement.

In Canada, however, the Edleman Trust Barometer, an annual survey done by the global public relations firm Edelman, showed that public trust in the banking industry, while lagging other industries, at minimum remained constant in Canada as it plunged in the US.

According to the Canadian Bankers Association spokesperson Maura Drew-Little, there are several reasons why Canadian depositors continue to have a positive impression of their banks.

"The banking sector overall in Canada remains healthy," says Drew-Little. "We look at figures like the number of mortgages in default, which are currently less than half of one per cent, and the number of credit-card delinquencies, which are low."

Drew-Little credits the difference between the relative health of Canadian banks' loan books and those of their American counterparts to regulation and a cautious, sensible approach to lending.

“Canada and its banks continue to have strong standards when it comes to issuing loans,” she said. “In the U.S., we saw many examples of people getting mortgages with insufficient income, and that did not happen in Canada.”

Still, despite an overall perception of trust and confidence in the banking system, there appears to be some movement by Canadians away from the major banks.

“We have heard anecdotal evidence from some new clients that they're frustrated or disappointed with the big banks, and I think that has been a factor in the growth of our business,” says North Shore Credit Union CEO Chris Catliff.

“I think we're seeing a real sea change in the way that Canadians perceive banking,” he says. “Community banks like ours are built on human relationships on a scale that our clients can relate to. Where the big commercial banks rely on policies, procedures and systems, we rely on people and relationships.”

The community bank's strategy seems to be an old-fashioned approach to banking, and is certainly far less exciting than making big leveraged bets on exotic financial instruments like interest rate swaps, derivative contracts, commercial paper, collateralized debt obligations and the other financial instruments that have impaired the balance sheets of American banks.

Catliff describes community banking in the province of British Columbia as the “mainstream alternative”, suggesting that the maturity of the credit unions over the last several decades and the nearly 40 per cent market share that they represent indicate the strong desire by B.C. residents to conduct business with firms other than the big banks.

“Our main concern is improving the financial well being of our members, not simply selling financial products and services that boost the bottom line,” says Catliff.