US recession and debt, market fears all add up to gloom north of the border. 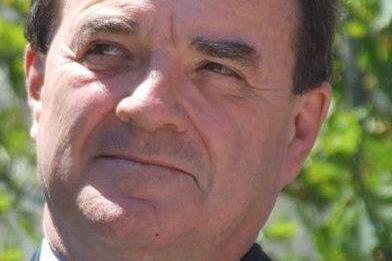 OTTAWA -- Finance Minister Jim Flaherty will look to reassure Canadians the economy remains on track when he appears at the House of Commons finance committee Friday as concerns about the country's largest trading partner pile up.

Signs the U.S. may head into another recession triggered another triple-digit drop on North American stock markets, while the latest read on the Canadian economy offered little room for optimism Thursday.

Meanwhile, the price of gold hit its latest record high, near $1,830 an ounce, as investors spooked by the prospect of a return to recession sought out safety in the precious metal.

Gold prices have more than doubled since the 2008 recession and are up nearly 20 per cent since the beginning of June as fears have mounted about a weakening global economy.

In the United States, there were reports that more people joined the unemployment line last week than a week earlier, gasoline prices contributed to higher inflation and manufacturing slowed in the mid-Atlantic region of the U.S.

However Scotiabank senior economist Mary Webb said it is important for Flaherty to remain on task and focused on his goal of balancing the books by 2014-15.

"We're in a much different position than the U.S. is and many of our other trading partners,'' Webb said.

"We're going to be impacted by slower growth south of the border, but we still have some positives in the outlook that should maintain forward momentum in the Canadian economy.''

Flaherty and Bank of Canada Gov. Mark Carney were called to appear at the committee after more than a week of volatile trading on the stock markets amid a sovereign debt crisis in Europe and disappointing economic news in the United States.

On the markets, the main index on the Toronto Stock Exchange is down nearly 15 per cent from its high for the year set in April. Those losses have wiped out billions in savings and investments in the stock market as baby boomers close in on retirement.

In Canada, growth in the second quarter is widely expected to miss the Bank of Canada's expectations of a pace of 1.5 per cent and opposition members on the committee Friday are expected to grill Flaherty about the risks to his budget if the economy grows more slowly than expected.

NDP finance critic Peggy Nash has called on Flaherty to look at infrastructure spending as a way to deal with the uncertain times.

Liberal finance critic Scott Brison said Thursday that Flaherty must show he is prepared if the U.S. goes into another recession.

"The minister owes it to Canadians to provide insight into what his plan would be if that were in fact the outcome,'' Brison said.

For his part, Flaherty has said the Canadian economy has preformed well and he will look to stay the course on his plan to balance the books.

Economists will be looking for signs from Carney for any hints about future interest rate hikes.

The central bank had been expected to start raising its overnight rate target this fall, but expectations have changed for Canada since the U.S. Federal Reserve said it expects to keep its key interest rate near zero through mid-2013.

Most economists now expect the Bank of Canada to keep its key rate target at one per cent well into next year.

Economist David Madani at Capital Economics noted that if a global slowdown does take place, Canada at least is in a position to spend cash to boost the economy without putting its sterling credit rating at risk.

"But a severe global slowdown could still hit Canada harder than in other developed economies.

"In particular, sharp declines in commodity prices and consumer confidence could undermine business investment and trigger a much sharper housing market correction than even we envisage.''

Madani also noted that there is little room this time around for monetary policy to come to the rescue as interest rates are already at historically low levels.

Among the Canadian economic indicators Thursday, Statistics Canada reported its composite leading index rose 0.2 per cent in July, as household demand was firm, reflecting the steady gains in jobs.

The news came as wholesale sales rose 0.2 per cent in June to $47.8 billion, following a two per cent per cent advance in May.

"Overall, another data point that hints at a weak June for the Canadian economy and a negative GDP growth rate in the second quarter,'' CIBC chief economist Avery Shenfeld said of the wholesale sales data.